Linda Webb is running the donation drive as a tribute to her husband, Jim, a carpenter who passed away in March. 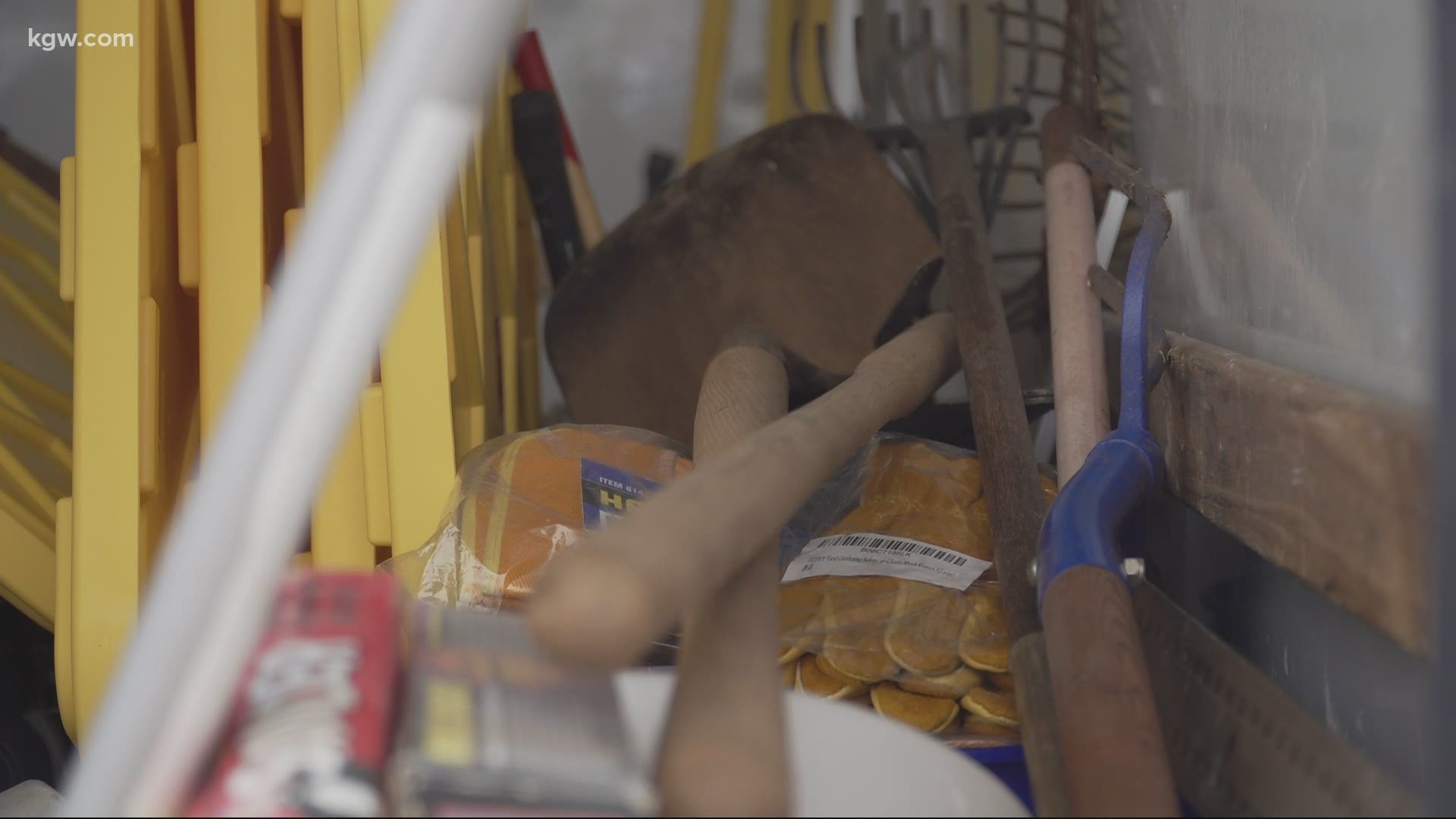 SILVERTON, Ore — A Silverton woman's tool donation drive for survivors of the Santiam Canyon wildfires has taken off.

Linda Webb has already gathered two truckfuls of construction tools and distributed them to needy carpenters and contractors in Gates. Now she's hoping to fill a third.

Webb's husband, Jim, was a carpenter and worked on many homes in the area. He died in March.

Linda says she was not even able to have a proper funeral for him because of the pandemic.

After the wildfires, she decided collecting donated tools for people in need would be a perfect way to pitch in as well as honor his memory.

She rented a U-Haul truck and started collecting donations in the parking lot of the Napa Auto Parts store in Silverton.

People have come through for her, she says, with some donations even being mailed to her from out of state.

"I'm one of the first to say people are so mean," she said. "But these trucks have been filled with people giving from the heart. It's helped me a lot, and it's helped me with my loss."