After the Memorial Day weekend several Oregon communities, including Deschutes County and cities on the coast, will be authorizing short-term rentals. 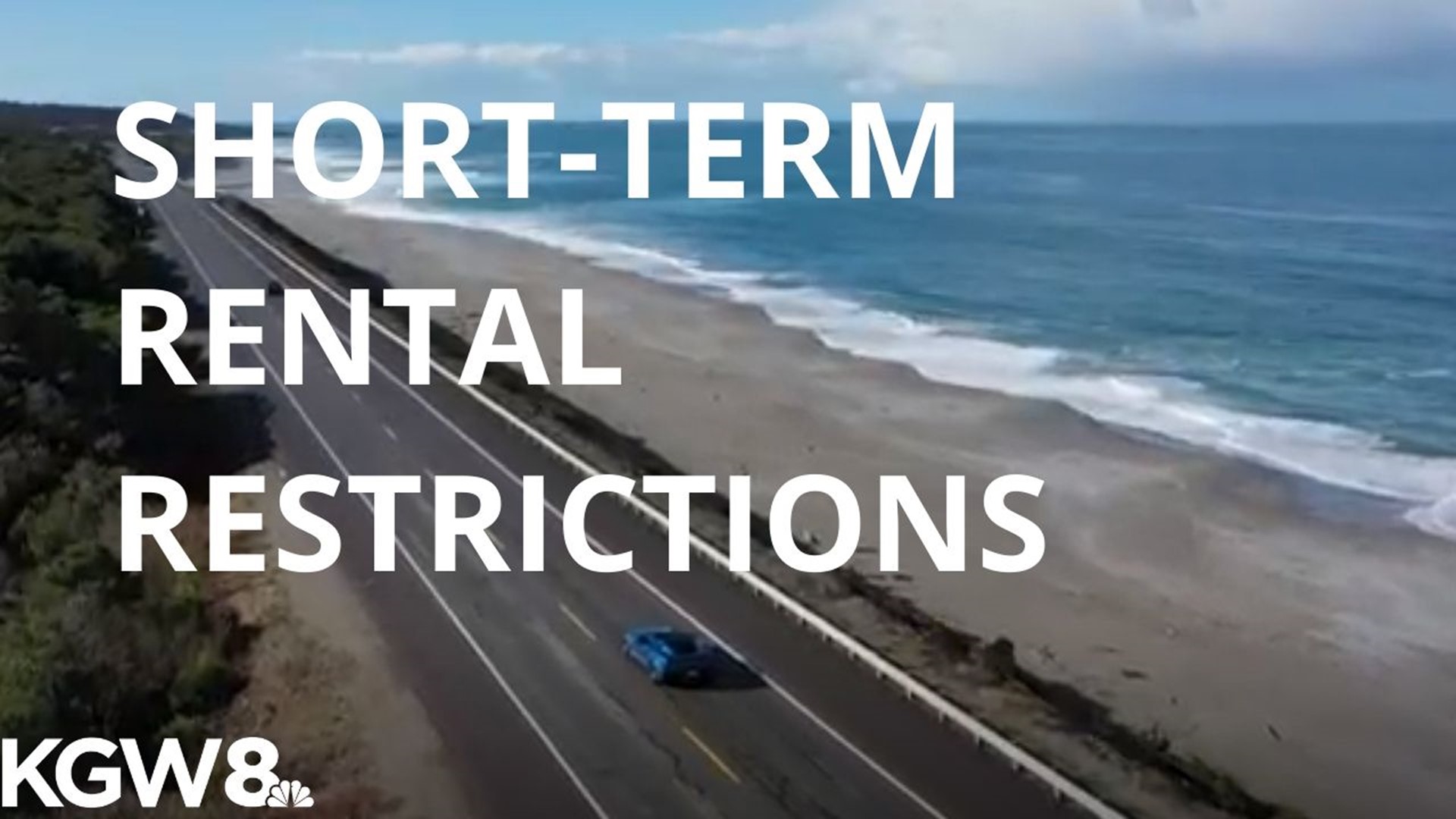 CANNON BEACH, Ore. — To avoid spreading COVID-19, Governor Kate Brown and 26 of Oregon’s mayors, including several from the coast, the Gorge and other tourism hotspots, are urging Oregonians not to travel over the Memorial Day weekend.

After the long weekend several communities, including Deschutes County and cities on the coast, will be authorizing short-term rentals, letting hotels, resorts and Airbnb-type properties accept guests.

Officials in those towns, though, say it’s not an invitation for tourists to visit.

Most counties in Oregon are days into Phase 1 of the Governor’s reopening plan, which prohibits non-essential travel, especially from the Portland area, which has yet to reopen at all.

“We're not expecting a lot of people to travel,” said Brian Owen, CEO of the Seaside Chamber of Commerce. "If somebody needs to stay somewhere, let's say they've got somebody in their household that's sick or somebody just needs to get away, this gives them the opportunity that they can rent a room.”

That leaves business owners and rental hosts left to wonder whose travel is indeed essential.

She said she’s currently hosting a woman, who's about to have a baby and wanted to be closer to the hospital.

But Stellar can't be sure everyone is following the state’s rules.

“The day Phase 1 happened, we saw so many out of state plates,” she said Thursday. “Tons of plates from Idaho, tons from California, tons from Washington. It's really busy.”

The company is also letting guests who booked before March 14 cancel and get a full refund.

But for those who booked after March 14 or for those contemplating booking now, with full knowledge of the pandemic, there's no guaranteed refund if and when COVID-19 impacts your plans.

The company is leaving that up to each host.

They haven't decided which ones. A list is expected by the end of the month.

RELATED: 'If you love the coast, stay home for now': Oregonians urged to enjoy Memorial Day weekend at home

RELATED: "It's nice to get out and just breath that air': Access points to several Oregon beaches reopen