"In France Michelle is a Man's Name" tells the story of a young transgender man named Michael, as he visits his estranged parents in Oregon. 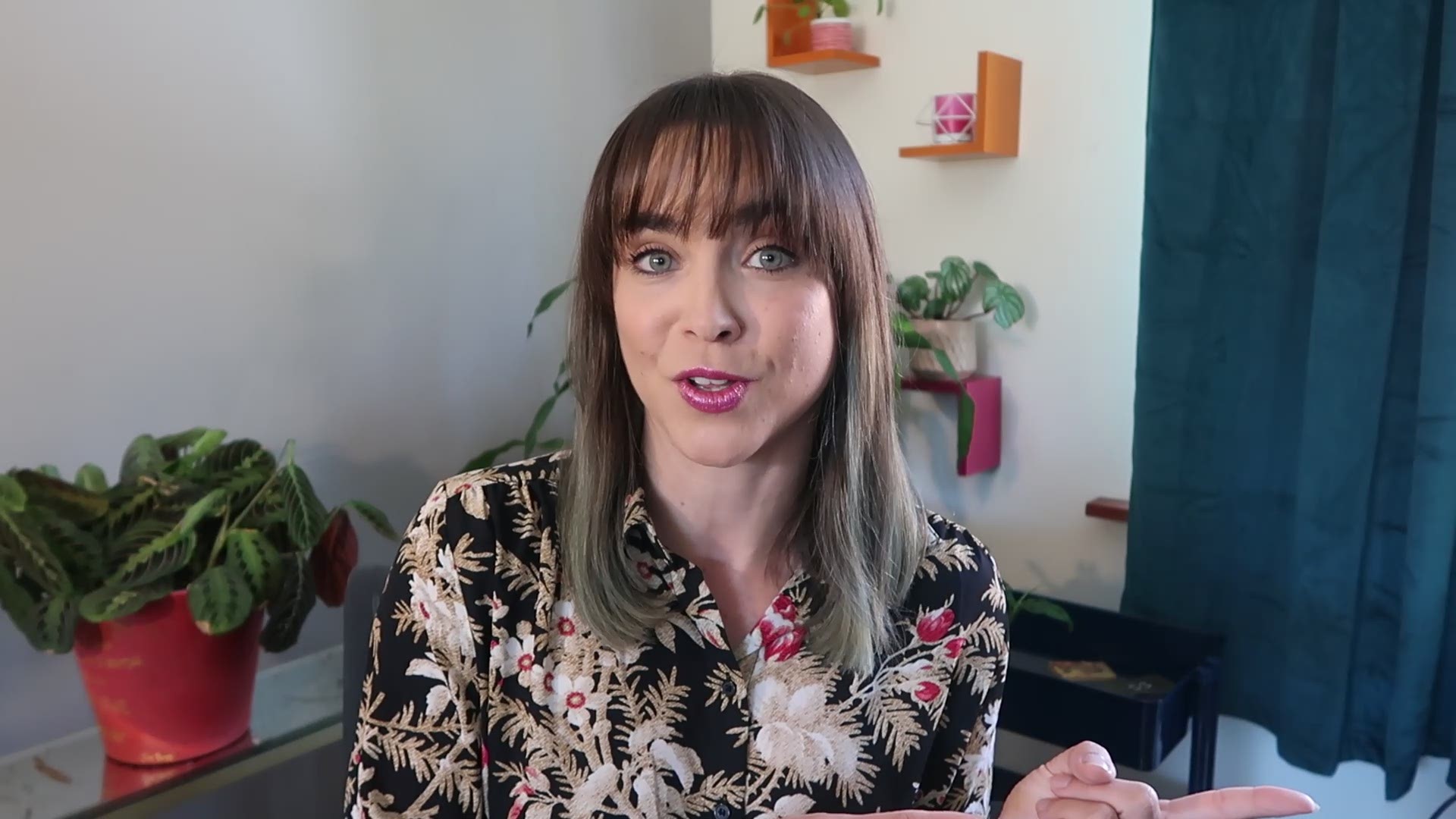 PORTLAND, Oregon — UPDATE: "In France Michelle is a Man's Name" won the Grand Jury Prize for U.S. Narrative Short at Outfest! The festival winners were announced on Monday, as was the news that the Outfest Now app is hosting an "Encore Week." Viewers can stream a selection of this year's films through Monday, September 7. "In France Michelle is a Man’s Name" is included in this encore screening.

This prize officially designates the film as an Academy Award-qualifying title for the category of Best Live Action Short Film.

The movie is called, "In France Michelle is a Man's Name", and the world premiere is on Thursday at Outfest, an LGBTQ film festival that usually takes place in Los Angeles. But this year, just like most other events, the festival is going virtual - which means all of us can watch it from anywhere!

"Outfest is an incredible home for queer filmmakers, and I’m super excited that it’s gonna be digital because it means that a lot of people get to see it," said Em Weinstein, the film's writer and director. "Especially for this movie and especially in the time we’re in before this election, I'm really excited that folks get to all be in a digital community together."

"[He] returns home to rural Oregon after being estranged from his parents, and the messy and complicated reunion he has with his father," said Weinstein, when asked what the film is about.

"The film is about a family that loves one another and they are struggling to find in the ways that they can show up for one other, but nevertheless they try," said Ari Damasco, who plays Michael.

The whole film was shot in the Pacific Northwest - mostly in Oregon, with one scene in Washington.

That's because Weinstein is from The Dalles and New York City (they moved between the two throughout their childhood).

"That was part of what I wanted to do was make a movie in Oregon, and we had the best crew of people from Portland and all over, and our whole cast, other than Ari, were locals, which was awesome," they said.

So yes, you might recognize some Oregon scenery in the film. Including Mary's Place in downtown Portland.

"I mean Mary’s is the most iconic strip club in the world, in my opinion," said Weinstein. "It’s just so cool. It's also been female run for decades, and the women who run it are amazing ... In the movie, I think the masculine toxicity of attending the strip club is sort of more central, but there’s a lot of female empowerment and sex-positivity at Mary’s, and in strip clubs in Portland in general, so I wanna shout that out too. I highly, highly recommend spending an evening at Mary’s and getting to know the awesome people that work there."

Weinstein and Damasco have known each other since 2009, when Damasco helped Weinstein move into the dorms at Smith College. Yet somehow this is Damasco's first time acting in a film.

"Really I only act whenever Em is involved in the project," he said. "I’ve had some stage experience working with Em and I’m so lucky they were kind enough to give me this chance to be on film."

"It’s been a dream of mine to make a movie with Ari," said Weinstein. "I think Ari’s an incredible actor, and have since he was 19 when I first saw him act, and I’m just lucky that he agreed to do it."

Both Damasco and Weinstein hope the film will give viewers the chance to have more conversations about gender.

"Especially masculinity and how it’s this thing that we inherit from our parents, that we don't even realize we're participating in, and that can be quite toxic and destructive and also just incredibly complicated," said Weinstein. "And I’m hoping that it inspires empathy throughout generations for both of these men’s experiences and the mom’s experience too, and that we start to really understand there can be a huge gap between what acceptance looks like and what listening is, and what actually true understanding and listening look like."

Damasco hopes it gets viewers thinking about love too.

They’re both excited for the trans and non-binary community to see the short film, and also excited for more parents to see it.

"I think especially for parents of trans kids, I hope the movie speaks to their experience and also gives a clue into their child’s experience as well," said Weinstein.

The short film is only 12 minutes long, but it tells a lot about Michael's life in that small amount of time.

"That is my goal with short films especially, is just to jam-pack them with detail to the point where you can watch it again and again and can still get more. You have so little time to tell a story and no one wants exposition in 12 minutes, so one, it’s just densely packing the script but then two, it really is casting, and finding an actor who, even just with the camera on their eyes, you can read into their soul and what they're going through even with a glance. And I think that really speaks to Ari's performance ... What he was able to really go through in real-time onset, in our rural Oregon shoot."

The story of this short film is fictional - it's not Weinstein's or Damasco's experience necessarily, "But I think it borrows elements from our stories, from our friends’ stories, from films that we love," explained Damasco. "But I think for me I wanted to make sure that Ari felt like the story was good and true, not just as a person whose identity is reflected in the story but also as a creative mind, so it was very collaborative ... What we landed on felt true to both of us, even though the facts of it aren't 100% our lives."

For anyone learning more about themselves right now, including exploring their own gender identity and/or sexuality, Weinstein and Damasco want you to know the LGBTQIA+ community is just that - a community.

"Even though you’re alone in quarantine and you can feel very isolated, I felt very isolated at times, there is this big community of people who’ve been through it, who are going through it, and for the most part we’re very open to talking, especially if you approach us with curiosity and with your own vulnerability," said Weinstein. "We are a community where we’ve had to ask for help, and so I think we also want to return the favor and be there for each other. And I think Outfest, depending on what social events they create digitally, is also a really amazing place to meet people and find a community, I definitely did two years ago when I was there."

"It’s OK to question, it’s OK to not know the answers in life - the 30 years that I've lived, it seems like there aren’t really ever concrete answers," said Damasco. "But it’s OK - allow yourself to be in that gray space, reach out to people who might be going through a similar situation, especially elders in the queer community, they can be instrumental in your healing, your well-being, and just allowing you to continue to be in a space where you can continue to question and reflect on who you are and your identity."

Weinstein and Damasco say they're both going to miss the in-person interaction at the film's virtual premiere, so they want to hear thoughts from viewers of the film. If you want to talk, email em@emweinstein.com, and they'll forward it to Ari as well.

"In France Michelle is a Man's Name" premieres Thursday, August 27 at Outfest. Since the festival has gone virtual this year, the short film will go online at midnight and be available for 72 hours. Click here to read more and buy your ticket.