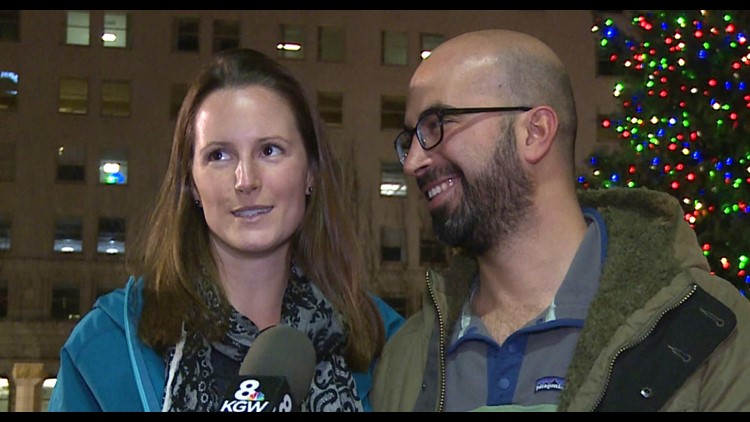 Shoppers flock to stores on last Saturday before Christmas

PORTLAND, Ore — Just a handful of days left before Christmas and the shopping rush is on.

Scores of people hit the stores around the country to do last minute shopping on what retailers call "Super Saturday," the Saturday before Christmas.

According to a survey from the National Retail Federation, about 147.8 million people planned to shop today. And some of them could be found packing stores and malls in the Portland area.

Isaac Garcia was finishing up his shopping in downtown Portland near Pioneer Square. “It was packed early in the day so I did some studying then it slowed down and I got everything I needed,” he said.

A couple shopping nearby debated whether gift cards counted as thoughtful presents.

At Clackamas Town Center, customers struggled with the crowds even after getting their presents bought.

One shopper, Rita Crawford, told KGW it took her three hours to get out of the mall parking lot Saturday evening after two hours in the mall.