No officers were hurt. Police said the driver who died was armed and refused to drop his handgun. 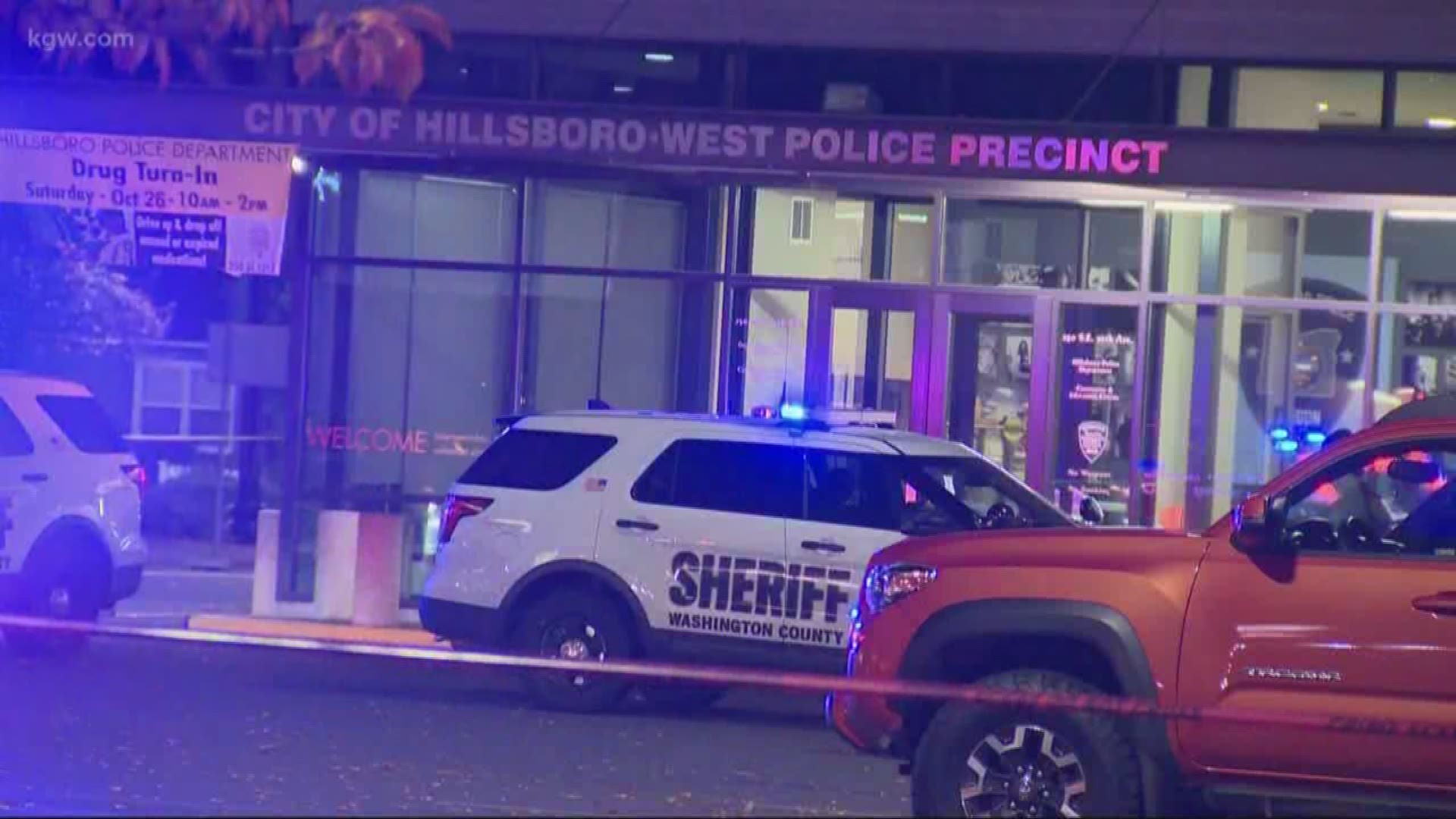 HILLSBORO, Ore. — Hillsboro police fatally shot a man in the parking lot of the department's West Precinct on Monday night.

No officers were hurt.

According to Sgt. Eric Bunday with Hillsboro police, an officer was investigating a suspicious situation between two drivers, both men, in the parking lot, located at 250 SE 10th Ave.

Police said one of the drivers, 39-year-old Jason Livengood, was armed with a handgun and refused to drop it. Shots were fired during an encounter with police at 6:11 p.m.

Livengood died at the scene.

The other driver was not hurt.

A handgun was recovered in the parking lot.

The Washington County Major Crimes Team is investigating the shooting.