Billups was accused of rape in 1997. No charges were filed against him and he settled out of court but many are concerned about his hire as head coach. 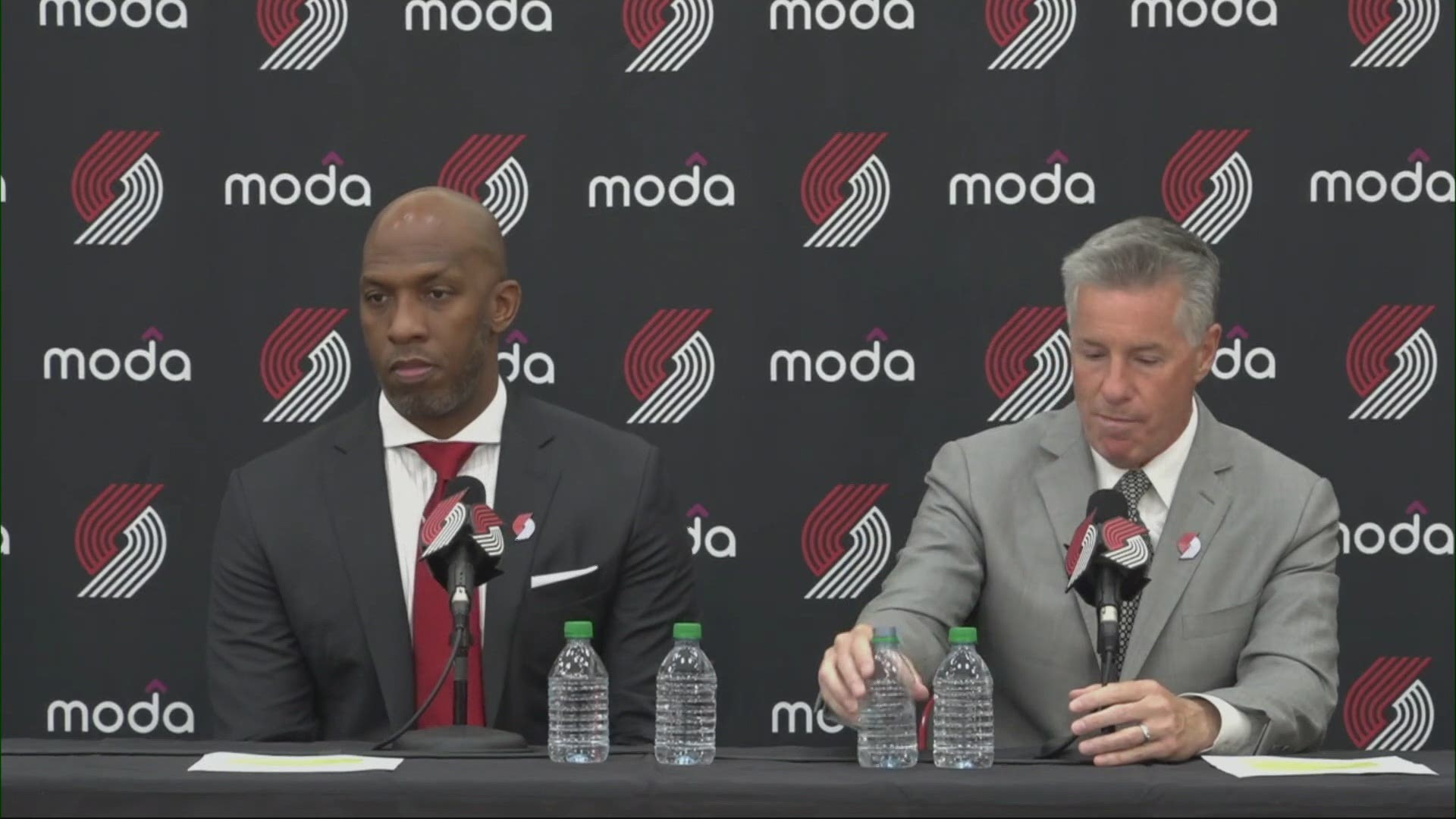 PORTLAND, Ore. — On Sunday, the Portland Trail Blazers announced in a tweet that they had hired Chauncey Billups as the franchise’s new head coach. He played for 17 years in the NBA and has been an assistant coach for the Los Angeles Clippers for the past year.

The social media backlash against Billups was swift regarding his sordid past. In 1997, Billups was accused of gang-raping a woman with two other men. The woman who accused him did a rape kit exam at the time that showed injuries to her genitals and throat. Billups was never charged. The woman sued him in civil court and they settled out of court three years later. Billups denies the sexual encounter was rape and said it was consensual.

Many on social media felt that hiring a man, with what could be viewed as a questionable past, instead of hiring one of the other 20 candidates, some of which had more coaching experience, like Becky Hammon made little sense.

On Monday, the Trail Blazers held a press conference to welcome Billups as the new head coach and answer questions from the press with general manager Neil Olshey.

Olshey said that the franchise took the allegations “very seriously” during the hiring process and conducted its own private investigation.

"We not only conducted our traditional background check after offering him the position, but we also commissioned an independent investigation into the incident in question in 1997,” said Olshey. “The finding of that incident corroborates Chauncey's recollection that of the events that nothing non-consensual happened."

When asked what went into the private investigation, Olshey said, “You're just going to have to take our word that we hired an experienced firm that ran an investigation that gave us the results we've already discussed."

I asked Neil Olshey for more details about the investigation. "That's proprietary, Sean. You're just going to have to take our word that we hired an experienced firm that led us to the results we already discussed."

There was no indication as to whether the investigation spoke with the other men who were alleged to have been involved or the woman who brought forward the allegations.

Billups addressed the allegations out of the gate.

"I learned at a very young age as a player, not only as a player but as a young man, a young adult, that every decision has consequences,” Billups said. "This experience has shaped my life in so many different ways, my decision making obviously, who I allow to be in my life, the friendships and the relationships that I have and how I go about them, you know it's impacted every decision that I make."

A reporter asked a follow up to this question and was shot down by an off-camera PR person who said it had been addressed and to move on to the next question.

This moment in the press conference was particularly frustrating for gang rape survivor and advocate Brenda Tracy. She was incredibly vocal on social media, as were thousands more, about the hiring of Billups.

I have zero confidence in the ability of Olshey & Billups to address issues of sexual violence & create a culture free from violence within the Blazers organization. And not just amongst players, but the entire organization top to bottom.

That presser was a nightmare.

Tracy said she suspects that most of what was said in the press conference was rehearsed and decided upon before the event.

“It was a very much like we already answered, move on, get over it. We're done with that. We made a decision. We're not talking about that anymore."

Despite many women in and out of the sports world from sportswriters and fans alike talking about their feelings about this hire, there are some people who are in ardent support of Billups.

Tracy said she would point people like that to evidence left over from the case like the woman’s rape kit, the police report and what she said were conflicting statements from Billups at the time.

“There's a lot of unanswered questions, so there's a lot to go on,” said Tracy. “And in general, I think the population needs to understand too false reports are very rare, maybe 2%. Most survivors are telling the truth that something did happen. Most sexual violence is committed by men. Most men don't commit sexual violence. And I just don't think that there's like, what 30, about 30 head coaching positions in the NBA? Did we really need to hire somebody with this type of a history? There are other qualified candidates for this position."