Five swimmers who've been training in the Portland area have a shot at making the U.S. Olympic swimming team. 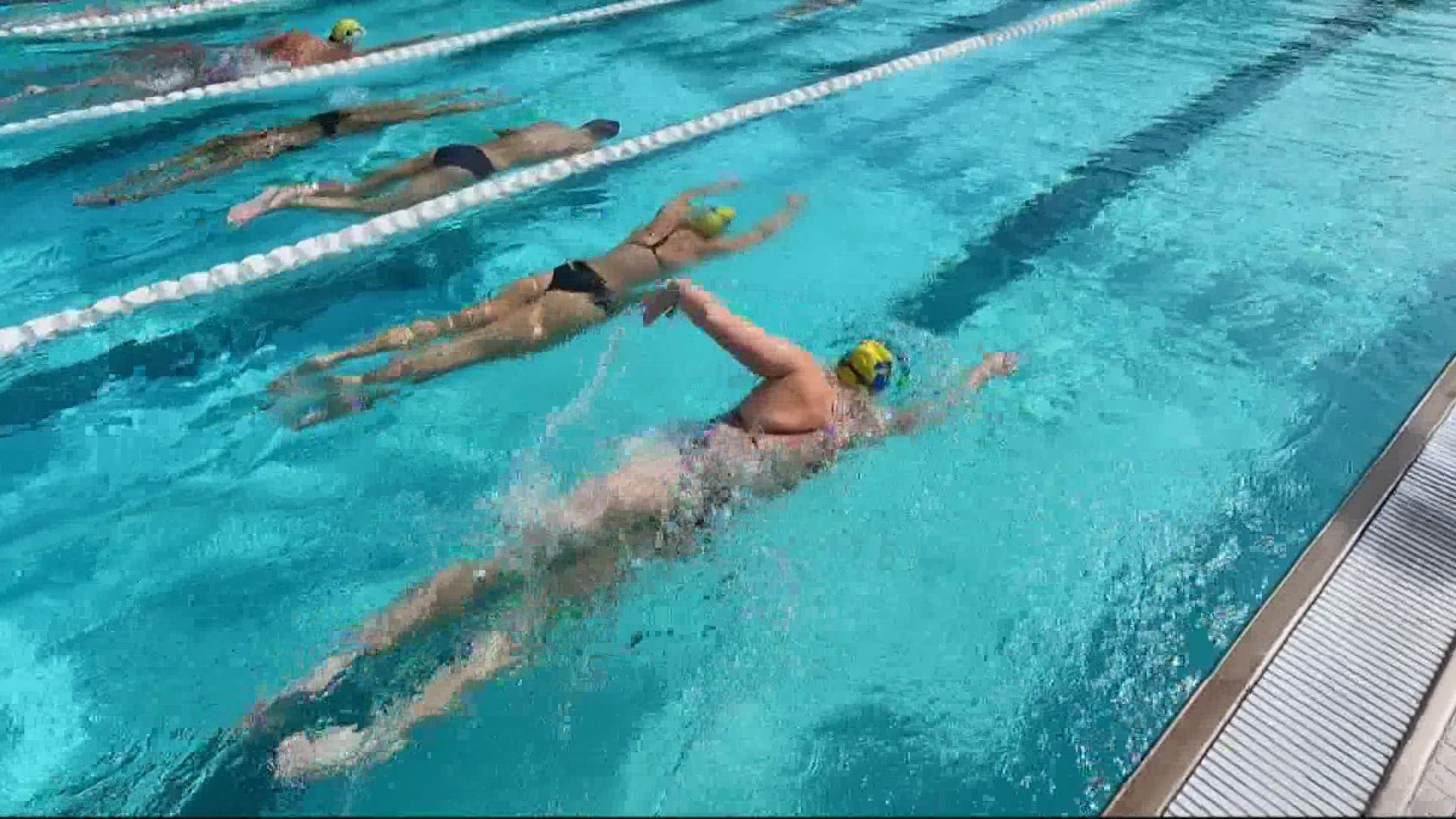 BEAVERTON, Oregon — A handful of Oregon swimmers are competing against the best in the U.S. to try to earn a spot on the Olympic swim team.

Kaitlyn Dobler and Eva Carlson are both members of the Dolphins Swim Team based in Beaverton. Dobler is swimming in four events, and Carlson one event, at the Olympic swimming trials in Omaha, Neb., this month.

Both of them would have competed at the trials last year, and both think the extra year of training has helped.

While the extra time has helped, they say it was a challenge because of the pandemic.

“There were a few weeks that we weren’t able to swim at all. Then my sister and I went out to Hagg Lake to swim in some wetsuits," said Dobler.

Carlson is a senior at Gatlin Gabel School in Southwest Portland who will start at the University of California, Los Angeles (UCLA). She's been training at the pool at West Hills Racquet and Fitness.

"This will be the first time when we’re all competing in the same spot and I’m really excited for it," Dobler said.

Two other members of the Dolphins Swim Team, Cam Auchinachie and Sid Faber, are also competing at trials along with Jesuit High School's Diego Nosak from the Tualatin Hills Swim Club.