Police said 30-year-old Alexander Tadros fired through a wall and shot an officer in the hip. Two officers returned fire, killing him. 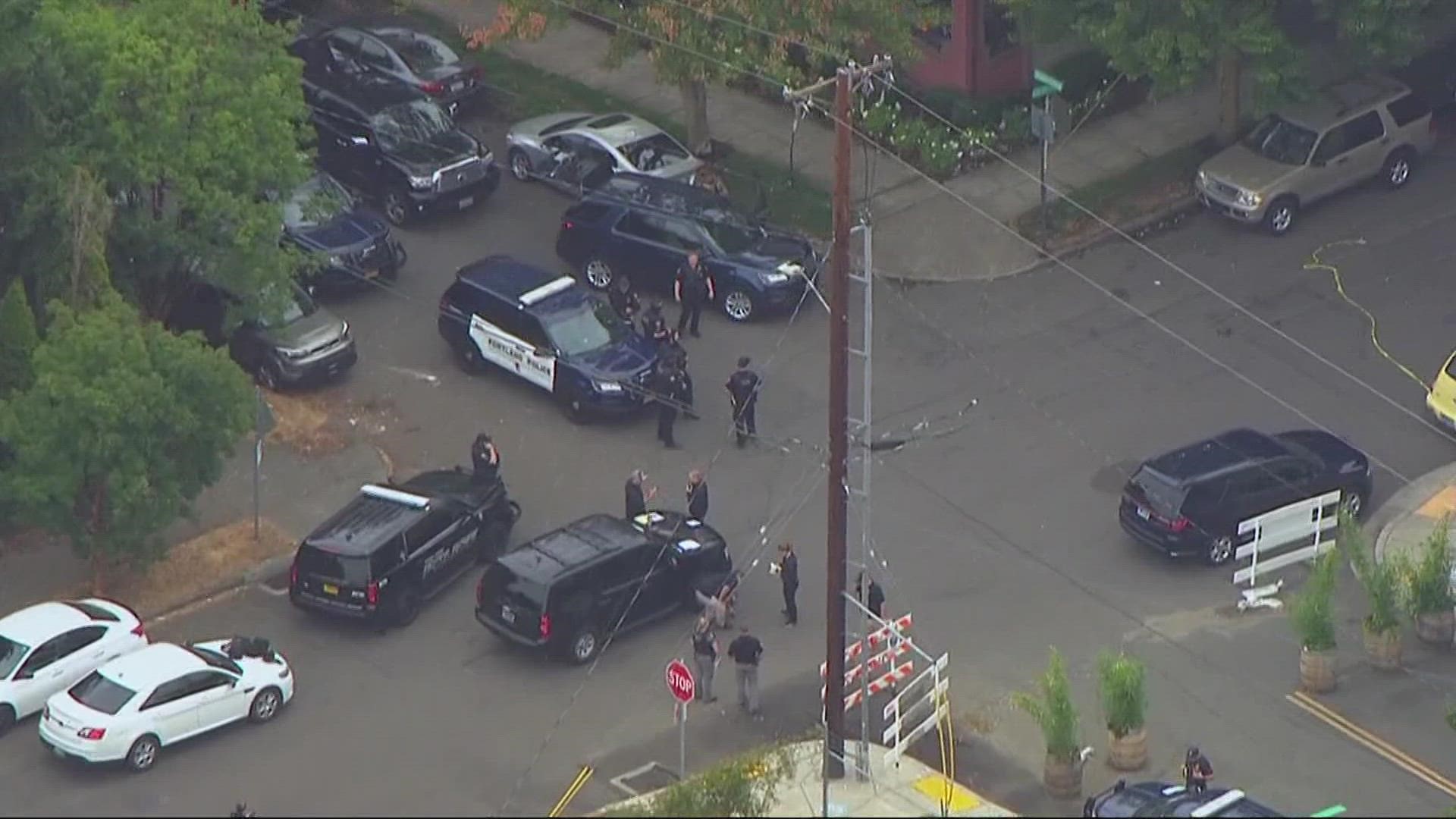 PORTLAND, Ore. — Portland police shot and killed Alexander Tadros on Friday morning after he opened fire on officers and shot one of them in the hip, the Portland Police Bureau (PPB) said Saturday.

The officer who was shot had been helping serve a federal warrant at an apartment on North Willis Avenue. He was treated at a hospital and is recovering at home.

The officers who fired their weapons were identified as Ofc. Joshua Howery, a 20-year PPB veteran, and Ofc. Jake Ramsey, a 4-year veteran with the bureau. The state medical examiner's office found that Tadros died from one or both of the officers' gunshots, police said.

In a news release, PPB said around 6:30 a.m. Friday, officers were assisting the Drug Enforcement Administration (DEA) with serving a warrant at an apartment building in the 1600 block of North Willis Avenue. During the incident, officers learned an armed suspect threatened to shoot federal agents. Officers began evacuating nearby apartment units and PPB's Special Emergency Reaction Team (SERT) and Crisis Negotiation Team responded.

Around 7:30 a.m., the suspect, later identified as Tadros, fired at least one shot through a wall and a Portland police officer was hit in the hip. The injured officer was taken to a hospital for treatment. From KGW's SKY8 helicopter, officers could be seen outside Legacy Emanuel Medical Center in North Portland.

Portland Police @ChiefCLovell said the officer shot in the hip has been released from the hospital and is recovering at home. He's said to be doing well. Officers were assisting with a federal warrant at a N. Portland apartment when a suspect fired at least one shot. pic.twitter.com/MO8wvAlgCu

"This is a call you never want to get as a police chief to hear that one of your officers has been shot in the line of duty," Lovell said. "I'm extremely thankful and grateful that officer is OK." The officer is said to be "doing well and in good spirits."

Adrian Ridgeway, a man visiting Portland from Texas, told KGW he had been staying in an apartment next door to the suspect on North Willis Avenue.

"We just heard a couple of gunshots. One turned into a couple and then now, full-blown chaos," said Ridgeway. He also said police asked him to evacuate his apartment.

This is a developing story and it will be updated.