Theo Smith and his wife love the home and do not want to demolish it in order to save the sequoia tree. 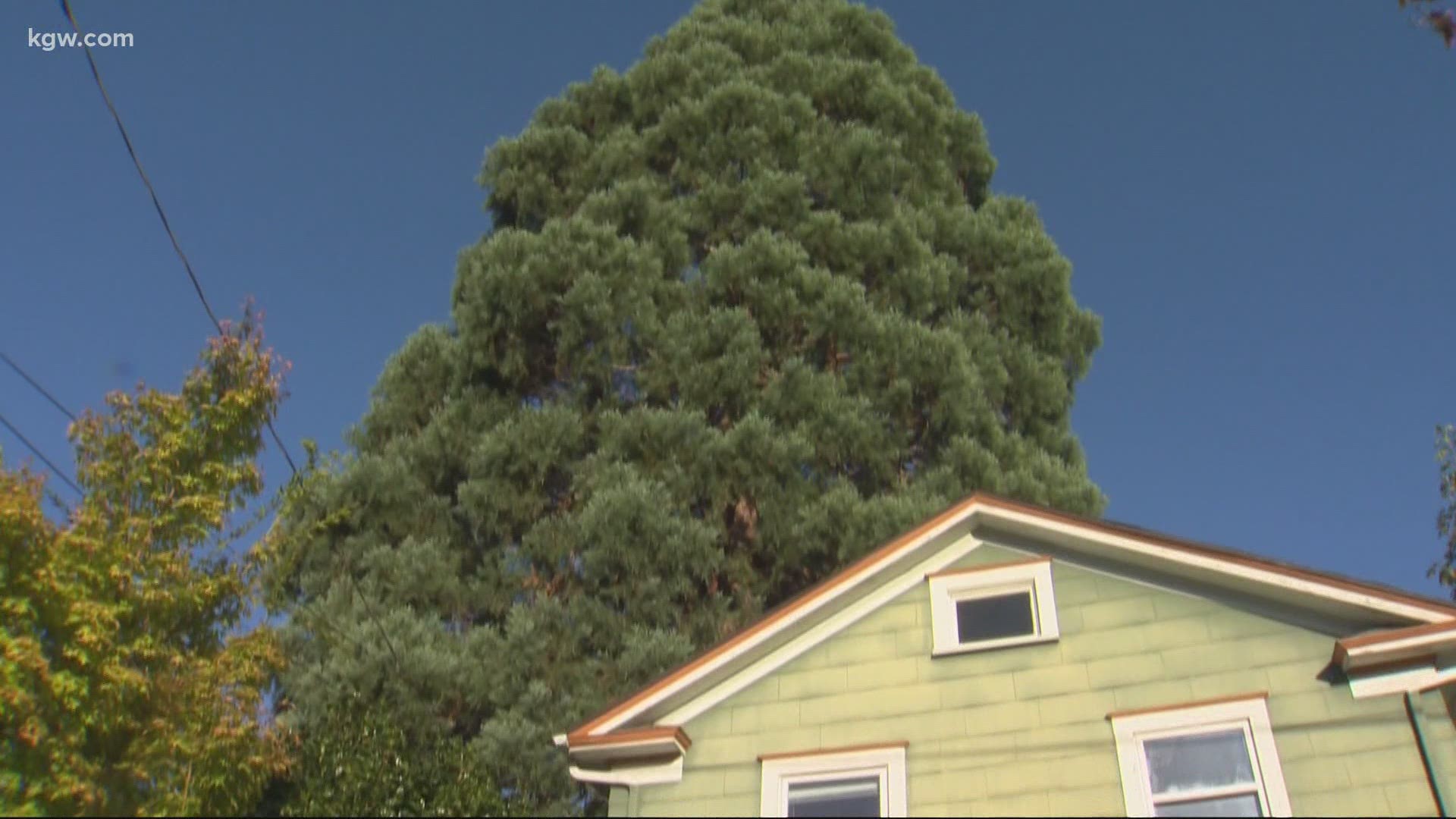 PORTLAND, Ore. — Beneath a giant sequoia tree in Northeast Portland's Sabin neighborhood, there sits a house. It is unoccupied right now, and in need of some TLC, but at one time it was Theo Smith's pride and joy.

"At the time it was my first house and one I could afford," he said. "Got into that neighborhood."

Smith bought the home in 1996. He moved out in 2008, but kept the house as a rental. It has sat empty for the last few years though. The house was damaged by the root system of a towering sequoia tree next door.

Credit: Cory Long, KGW staff
The tree is about 100 feet tall and more than 120 inches in diameter.

"Since 2017 the tree has grown more and it's now literally growing into the side of the house," said Carole Johnson-Smith, Theo's wife.

The city realizes that and decided the tree should come down, much to the dismay of Claire Bollinger.

"We were so shocked when we heard this news," said Bollinger.

The sequoia sits on Bollinger's property. She and her partner love it and they are not alone. Thousands of people have signed a change.org petition to save the tree. Others have donated thousands of dollars to keep the tree from coming down.

"It would be a tragic day for this neighborhood," said Bollinger. "The thing about it is there are other solutions."

Among the solutions, moving the Smith's damaged home. They say they have considered picking up the structure and moving it 10 feet.

"You have to start at the curbs," said Theo. "You have to re-do those. Re-doing the sidewalks. Moving the garage."

"It came to a cost of $250,000 to do that," added Carole. The couple says that is not feasible. They say not much is, aside from cutting down the sequoia. This weighs heavily on them.

"Theo grew up on a farm. He loves trees," said Carole. "I grew up in an apple orchard full of trees."

The Smiths also love their house. They are not willing to demolish it in order to save a sequoia, like so many others seem willing to do.

Between the fines from the house being deemed a dangerous structure and lost rental income, the Smiths say this whole thing has cost them.

Neighbors continue to file appeals to save the tree.