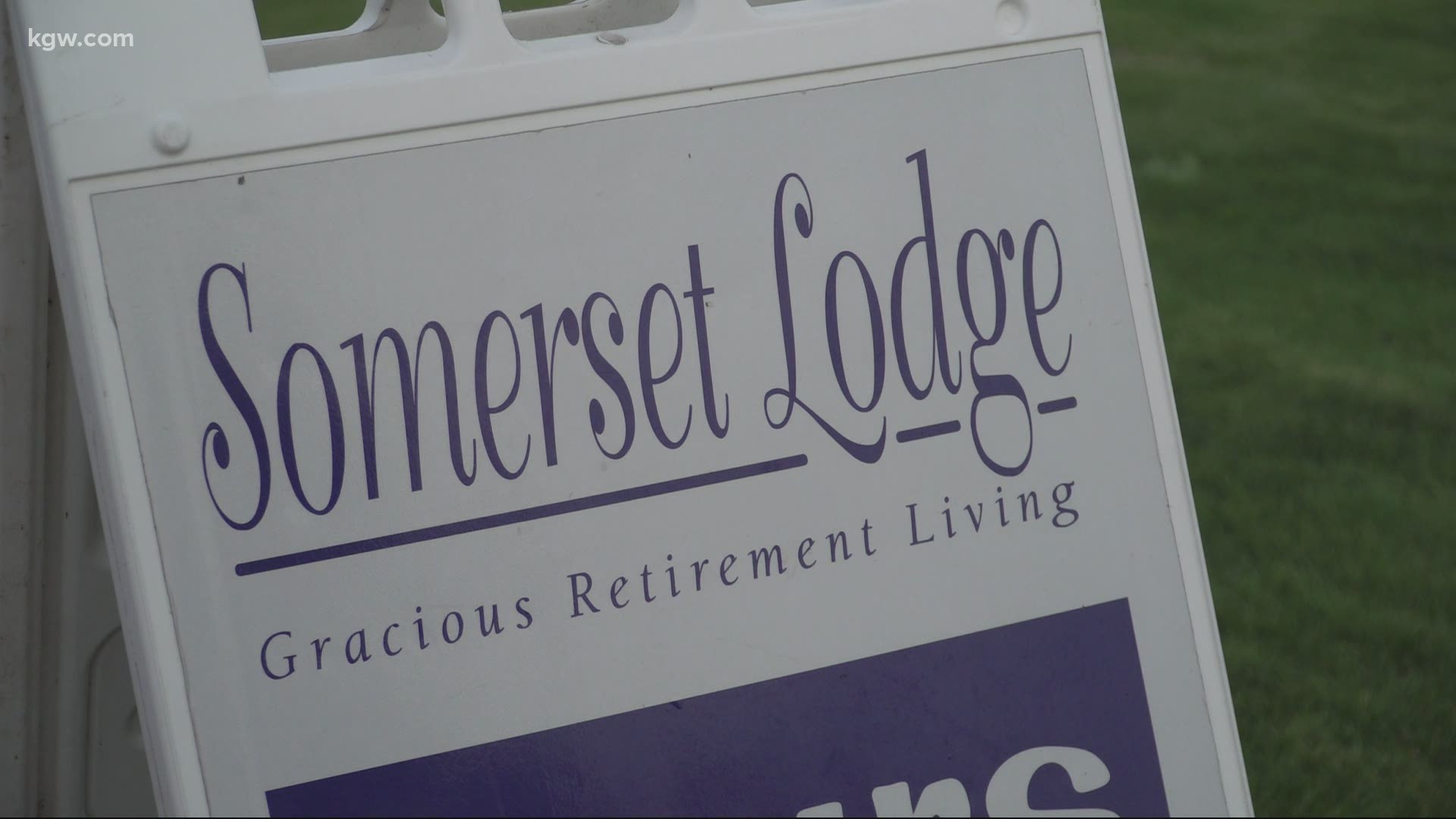 GLADSTONE, Oregon — On Wednesday afternoon, Portland General Electric (PGE) crews were working to restore power to more than 100,000 customers still without it.

From her room at Somerset Lodge, 96-year-old Vesta Peterson shared how she was trying to stay warm with extra blankets.

“The temperature was down to 53 this morning when I got up. It's now up to 60, so I feel like I'm a little warm,” said Peterson by cell phone. She said she couldn't talk for very long because her cell phone battery was low. “I'm going to be out of power in just a minute!”

Somerset management brought in a charter bus to let residents like Peterson warm up and charge their phones. They also delivered hot meals to residents' rooms and offered to take them to a sister community in Happy Valley until power was restored.

Their biggest problem? One of Somerset Lodge's emergency generators had a mechanical issue that took days to repair. That's according to Adam Bryan with Hawthorn Senior Living, which operates Somerset.

Bryan said it wasn't until early Wednesday evening that their emergency heating system was functioning properly to fully heat the common areas.

Through everything, Peterson — who turns 97 next month — kept her chin up.

“We're surviving and we're not complaining,” said Peterson. “Because what's there to complain about?”

“I got so angry, it brought tears to my eyes,” said Ginny Metcalf. “It needs to be resolved that going forward, this kind of situation doesn't happen again.”

A statement from Hawthorn Senior Living suggested it would be.

“We will review our emergency procedures and backup power equipment to mitigate the likelihood of a repeat experience,” the statement said. “We are committed to ensuring our residents feel comfortable, safe and secure at all times."

Around 6:30 p.m. Wednesday night, PGE restored power to the Somerset communities. The power company said their goal was to be down to around 100,000 customers without power by Thursday afternoon.