The right lane sustained the most damage and may stay closed for a few days for repaving, ODOT said. 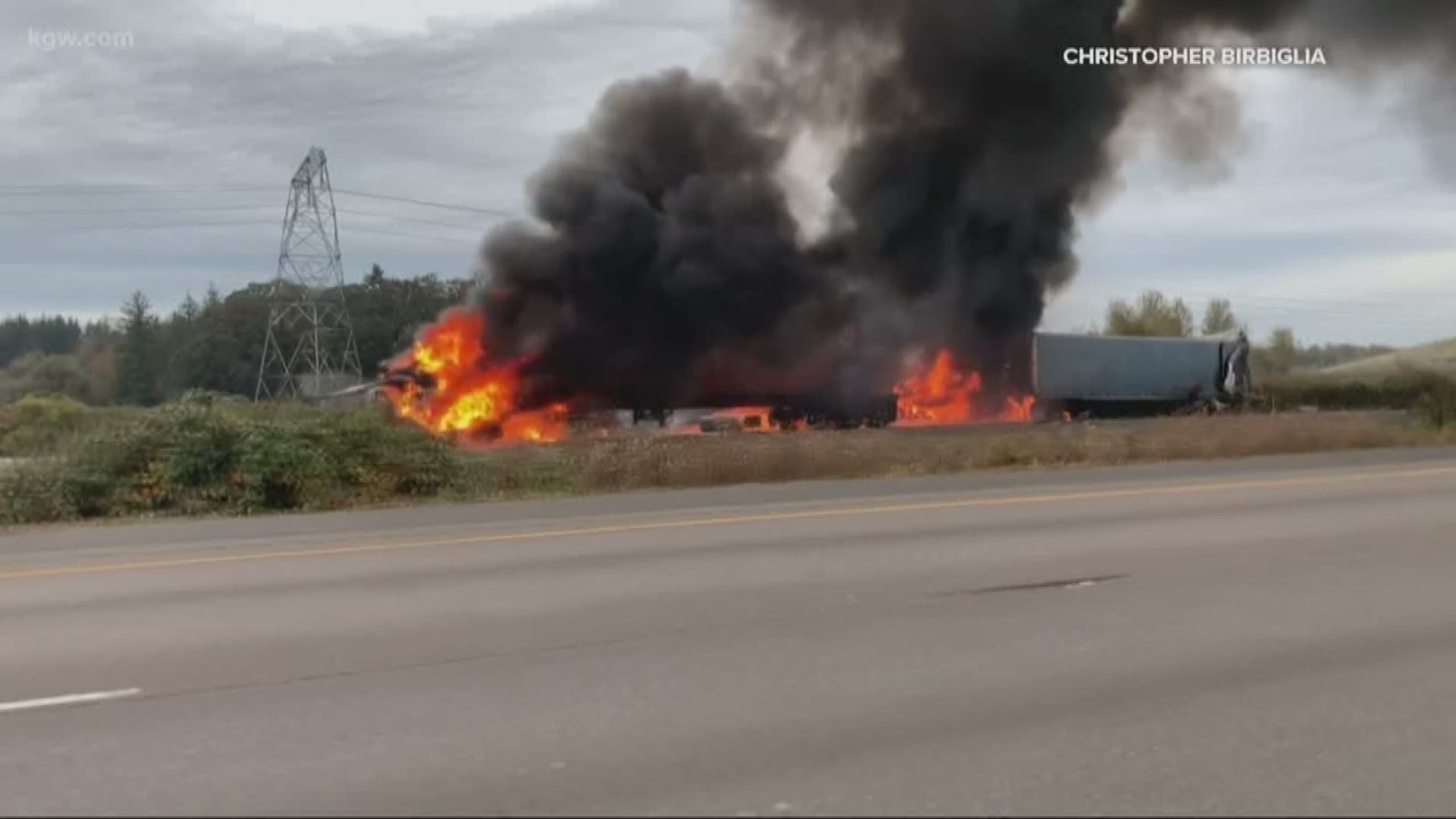 WOODBURN, Ore. — All lanes of Interstate 5 north of Woodburn were back open after a fiery crash Tuesday afternoon involving two semi-trucks shut down all lanes.

Southbound lanes were closed for about 12-hours between Tuesday night and Wednesday morning.

Oregon State Police says at about 3:57 pm they responded to a crash involving two semi-trucks on I-5 southbound at milepost 273. One driver had sustained serious injuries.

The right lane sustained the most damage and  needs to be repaved. It may stay closed for a few days, even a week or more depending on the weather, said  ODOT spokesman Don Hamilton.

He also said the rigs spilled as much as 500 gallons of diesel fuel and soil tests are being taken to determine contamination levels.

Southbound drivers still wishing to detour can leave the freeway at exit 278, the Donald exit, and take Oregon 99E to Woodburn where they can get back on I-5.

Police say the crash happened when a semitruck driven by Gagandeep Singh, 24, from California was driving south and pulled over when he saw smoke coming from under the truck. Singh and his passenger Baljit Singh, 38, also from California, got out and discovered the truck was on fire.

A Freightliner semi driven by Rex Hollopeter, 51, from Salem was driving southbound in the far right lane and sideswiped the truck that was pulled over. The Freightliner caught fire and came to rest blocking all southbound lanes of the freeway.

Both trucks were engulfed in flames.

Hollopeter was transported by air to Legacy Emanuel Medical Center in Portland with serious injuries.

Both Gagandeep and Baljit Singh were uninjured.

Photos: Fiery crash on I-5 near Woodburn