"Our new slide window that we set up for COVID operations had been tagged with an acid solution, which is etched in and can't be removed." 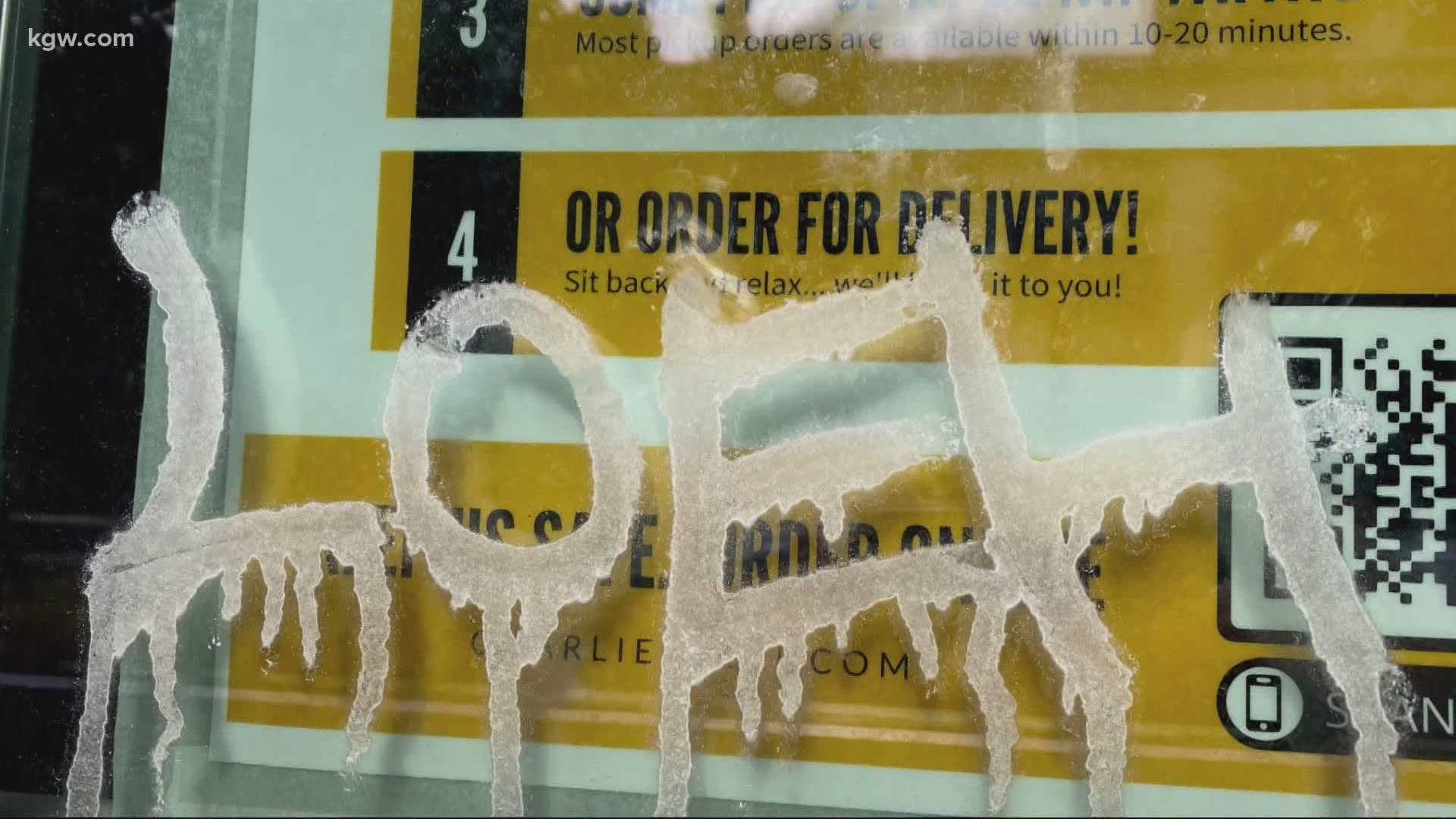 PORTLAND, Ore. — In Old Town Portland, at least 13 businesses were been hit by vandalism last week. Now, police are looking for the man who is causing tens of thousands of dollars in damage.

"Our new slide window that we set up for COVID operations had been tagged with an acid solution, which is etched in and can't be removed," said Charles Mattouk, co-owner of Charlie's Deli.

Since March, he has fought to keep business running and people employed, but this latest challenge wasn't what he ordered.

"As a community it's really unacceptable it's gotten to this level," he said.

"Major windows from Killer Burger, down to the church next door to us, to public housing -- you name it, it's gotten hit," said Mattouk.

"So fewer eyes on the street means there's just more freedom to go out and tag for a lot of people who are into that," said Juliette Muracchioli, City of Portland graffiti coordinator.

She says the city program gets about 10,000 reports per yer.

"That's not a real reflection of the amount of actual tagging in town," said Muracchioli. "I would say most graffiti is not reported."

Now, Mattouk and his neighbors are sharing images of the graffiti, the man and his possible helpers. And even during tough economic times, Mattouk is offering a cash reward for help getting justice.

"Tell you what, try beautifying something. In a time like this, it would actually be helpful," he said.

"It's not even about the window and the cost, it's about the time taken away from creating jobs, and that's the bottom line," said Mattouk. "We can't put our foot down or rest, we have to put our foot down and keep moving forward, that's just how it is."

RELATED: Mixed reactions for retailers one week after stores reopen