A 21-year-old man, who was reportedly not wearing a life jacket, went underwater at Dabney State Park, according to the Multnomah County Sheriff's Office. 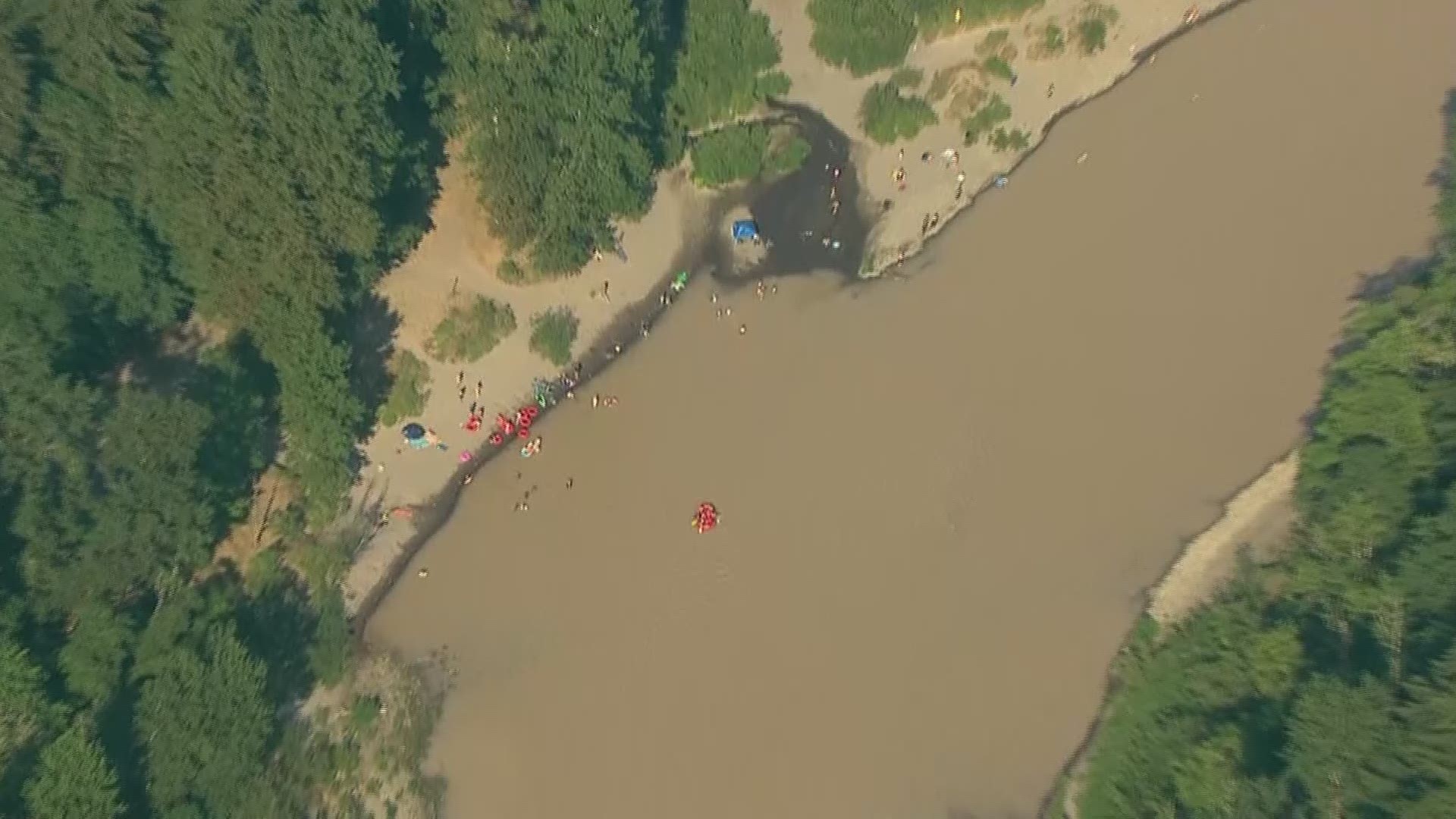 CORBETT, Ore. — Authorities have recovered the body of a 21-year-old swimmer from Portland who disappeared in the Sandy River near the Dabney State Recreation Area earlier this week.

The Multnomah County Sheriff's Office (MCSO) said Jose Pascual, who was reportedly not wearing a life jacket, went underwater around 4:30 p.m. Tuesday and had not been seen since.

He was found dead near the state park just after 2 p.m. Saturday.

On Tuesday, the sheriff's office said swimmers reported dealing with dangerous currents due to melting snow and glacial runoff from Mount Hood as a heat wave brought record-high temperatures to the Pacific Northwest. The runoff made for zero visibility in the water, rescuers said.

Sky 8 showed emergency crews on the Sandy River in a raft as well as a helicopter flying over the area and fire trucks nearby. Multiple agencies from Corbett Fire, Gresham Fire and Multnomah County Search and Rescue assisted with the search.

Rescue swimmers reported zero visibility and dangerous currents due to rapid glacial runoff on Mount Hood from the recent high temps. Rescue crews are only able to search by helicopter and raft. pic.twitter.com/oVuOsS6F6m