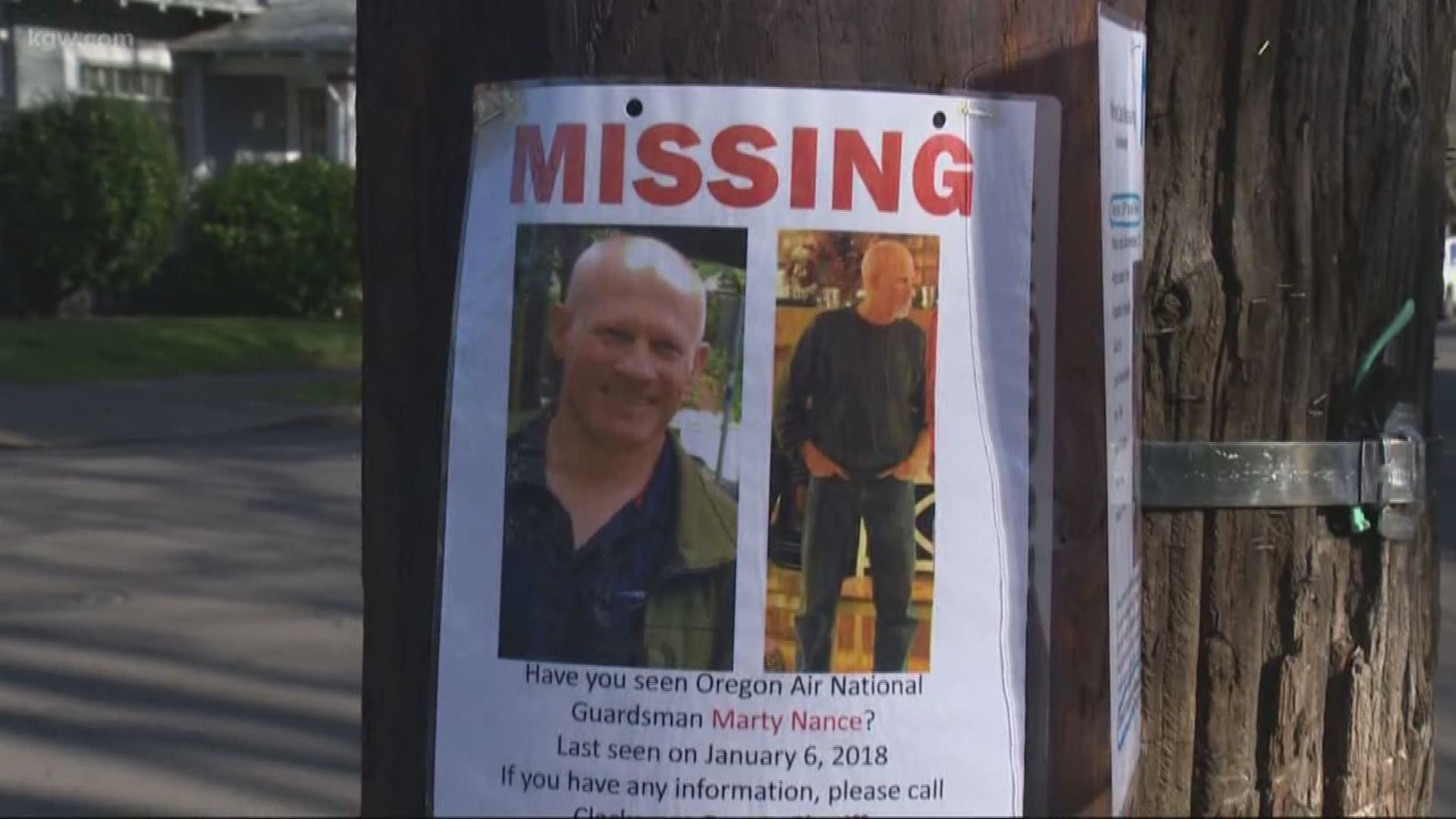 A Facebook page for Nance said the cause was likely drowning and encouraged anyone struggling with depression or thoughts of suicide to seek help.

PORTLAND, Ore. – An Oregon Air National Guard Sergeant is missing, and family and longtime friends and colleagues say it is not like him to disappear.

Martin Nance, 49, is listed as missing on the national database. The Clackamas County Sheriff's Office has a case open, but they say they can't do much because there's no evidence he's in imminent danger. And there are no signs of foul play.

So others are searching, including many fellow air guard members.

His family says Marty was a full-time air guardsman for nearly 30 years, going part time just a few years ago. He's a mechanic who works on the air guard’s fleet of F-15 fighter jets.

In semi-retirement, Sgt. Nance has been driving for Lyft. Family believes he left his car at Southeast 17th Avenue and Miller Street sometime Saturday.

But they don't know why.

Nor do they know why he failed to show up for guard drill on Sunday, missing it for the first time in 30 years. Those unanswered questions have his wing commander and loved ones alike very concerned.

“I've known Marty for many years and it's personally difficult for me,” said Col. Duke Pirak, Commander of the 142nd Fighter Wing of the Oregon Air National Guard. “And it's very frustrating that we've haven't figured out what's going on and where he's at right now, obviously we're thinking about the family.”

Lisa Veber said her brother is dependable and not at all likely to disappear for no reason.

“My concern is that time is passing and the low hanging fruit is not being utilized, and the more time passes the less we're going to know,” said Veber, "the further away he could be, or the further in danger he could be.”

If you have any information about Nance’s whereabouts or if you see him, please call the Clackamas County Sheriff’s Office.