Cottonwood School sits next door to Portland's ICE building and is littered with munitions from protests. 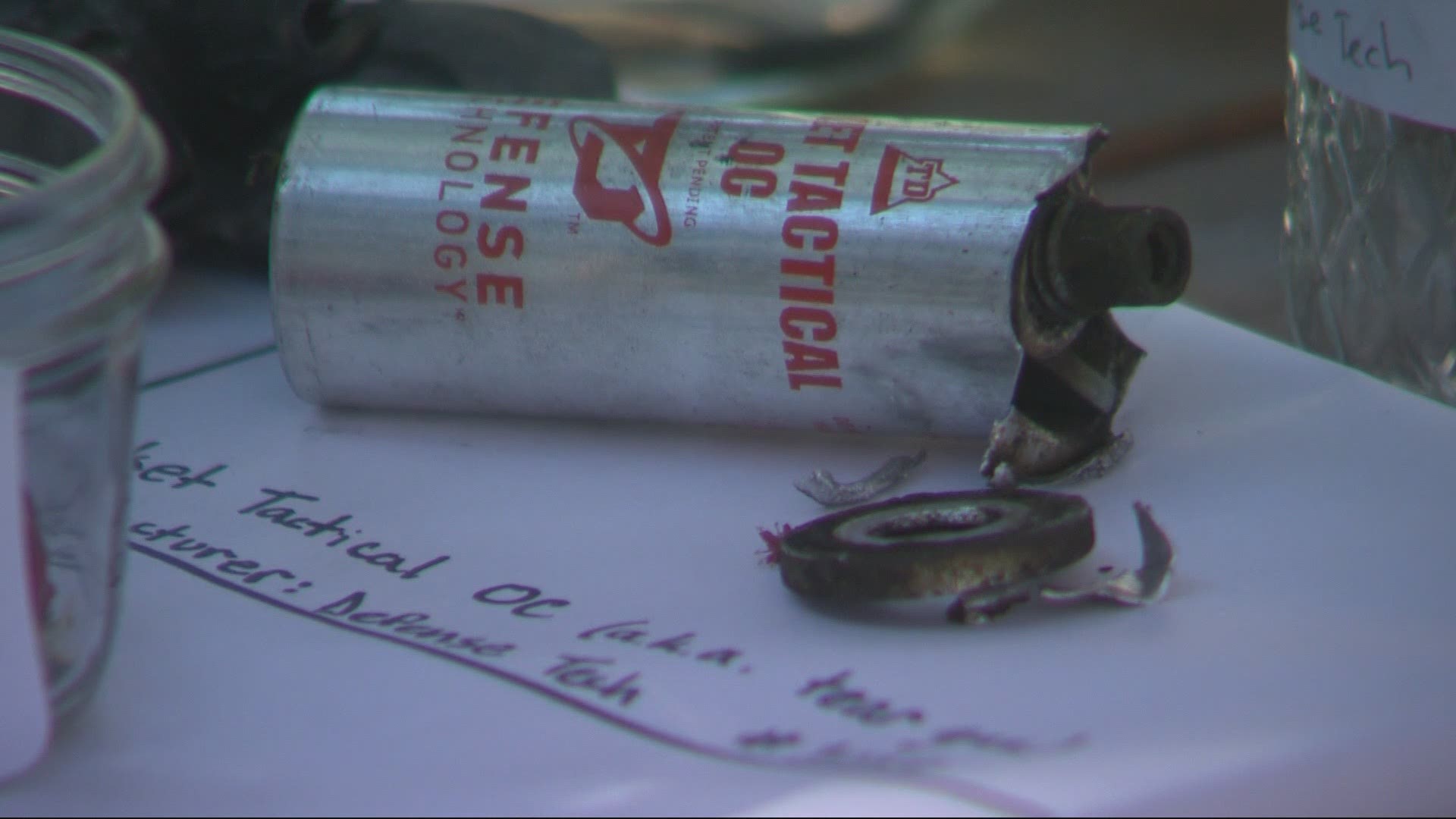 PORTLAND, Ore. — Monday was a big day at Cottonwood School in Portland's South Waterfront. It was the first day of in-person classes in months.

"Honestly, it's heartbreaking to me to think of the contamination in the soil," Sharaf said.

Cottonwood School sits next door to Portland's Immigration and Customs Enforcement (ICE) building, the scene of so many protests over the last year. Munitions that federal agents use to disperse crowds end up right on the school property. The school's executive director says schools should be chemical weapon free zones.

"Dealing with this issue and the learning curve to address it has been overwhelming and has made reopening school harder than it should be," said Amanda McAdoo, Executive Director of Cottonwood School.

Not just students, staff, and parents of Cottonwood are troubled by what is going on. A lot of people live in the South Waterfront and deal with the repercussions of the frequent protests.

"When they hear the conflicts between protesters and officers, when they hear the shots fired of chemical munitions, when they see the clouds of tear gas in the air, it leaves you with a feeling of anxiety that you're not safe in your own home," said Dan Valliere, CEO of REACH Community Development.

Valliere has joined Cottonwood School officials and local leaders in pleading with the Department of Homeland Security to stop using chemical weapons.

"It's unacceptable for people to be exposed to toxic chemicals in their own homes and neighborhoods," said Multnomah County Commissioner Sharon Meieran.

Yet that is the reality in the South Waterfront and at Cottonwood School, a school grounded in nature and the outdoors.

"To be cut off from our playground like this, for our school, is especially painful," Sharaf said.

KGW reached out to the Department of Homeland Security and the Federal Protective Service for comment. As of Monday night neither had responded.

RELATED: Fire set outside ICE building during protest, no arrests made by Portland police