People first noticed the large quantity of sand dollars over the weekend. Beachcombers are now collecting them by the bagful. 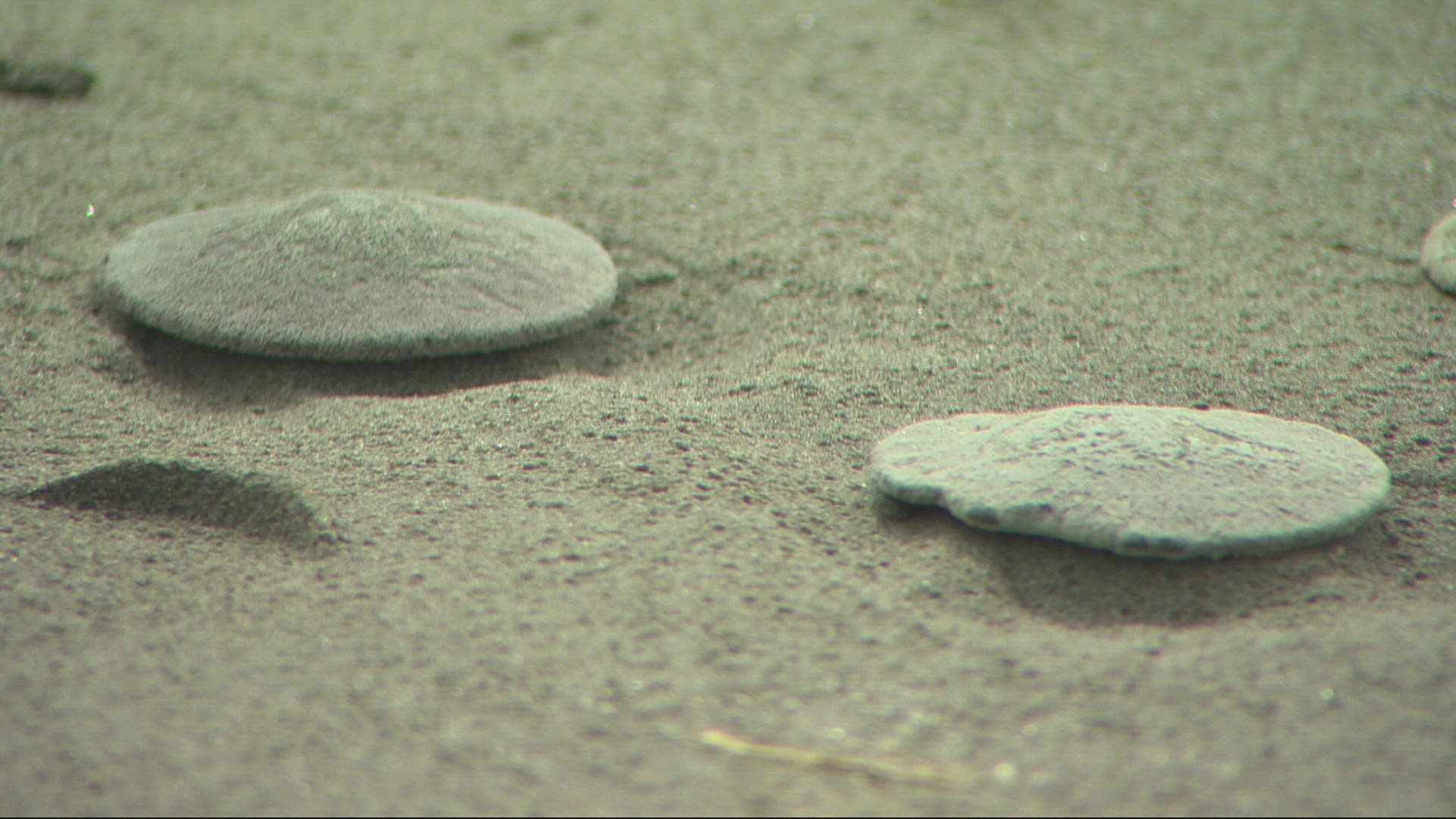 SEASIDE, Ore. — Thousands of sand dollars covered the beach in Seaside this week, stretching from the Avenue G entrance all the way to the cove.

She and her husband Grant came to the beach on Tuesday after hearing about the mass quantity of sand dollars that had washed ashore. Grant said he grew up on the Oregon Coast in Astoria.

"I have never seen this many sand dollars on the beach in one spot in my entire life. This is amazing," Grant said.

People began seeing the sand dollars over the weekend. Then word spread and beachcombers from around the area started showing up to collect them by the bagful.

Amy Meddock and her kids drove from Kelso, Wash. to the beach just for the sand dollars.

"I woke the kids up and told them to put some sweat pants on and get in the car," Meddock said. "I think it's pretty cool, I've never seen anything like this."

You know how hard it is to find one, well thousands of sand dollars have washed ashore on the beaches of Seaside pic.twitter.com/zD37DIv7cH

Finding sand dollars along Oregon beaches is pretty common, especially in Seaside. If you're lucky enough, they haven't been broken or become bird food yet.

Tiffany Boothe, assistant manager at the Seaside Aquarium says finding this many in the same spot is a rare occurrence.

"We've got a huge sand dollar population. This is a great beach to find sand dollars, especially now," Boothe said chuckling. "They do wash in from time to time. This quantity is a tiny bit unusual."

The sand dollar is a type of sea urchin. The Pacific Northwest is home to the Pacific Sand Dollar. They are a purplish color when they first wash ashore, but the sun bleaches them out, turning them white.

"The white ones you'll notice right now are still fuzzy," Boothe said. "They haven't been dead long enough to lose that fuzz."

What caused this many to wash ashore is unknown and so far, Boothe only knows of this happening on Seaside's beach.