Construction is expected to last through 2020. 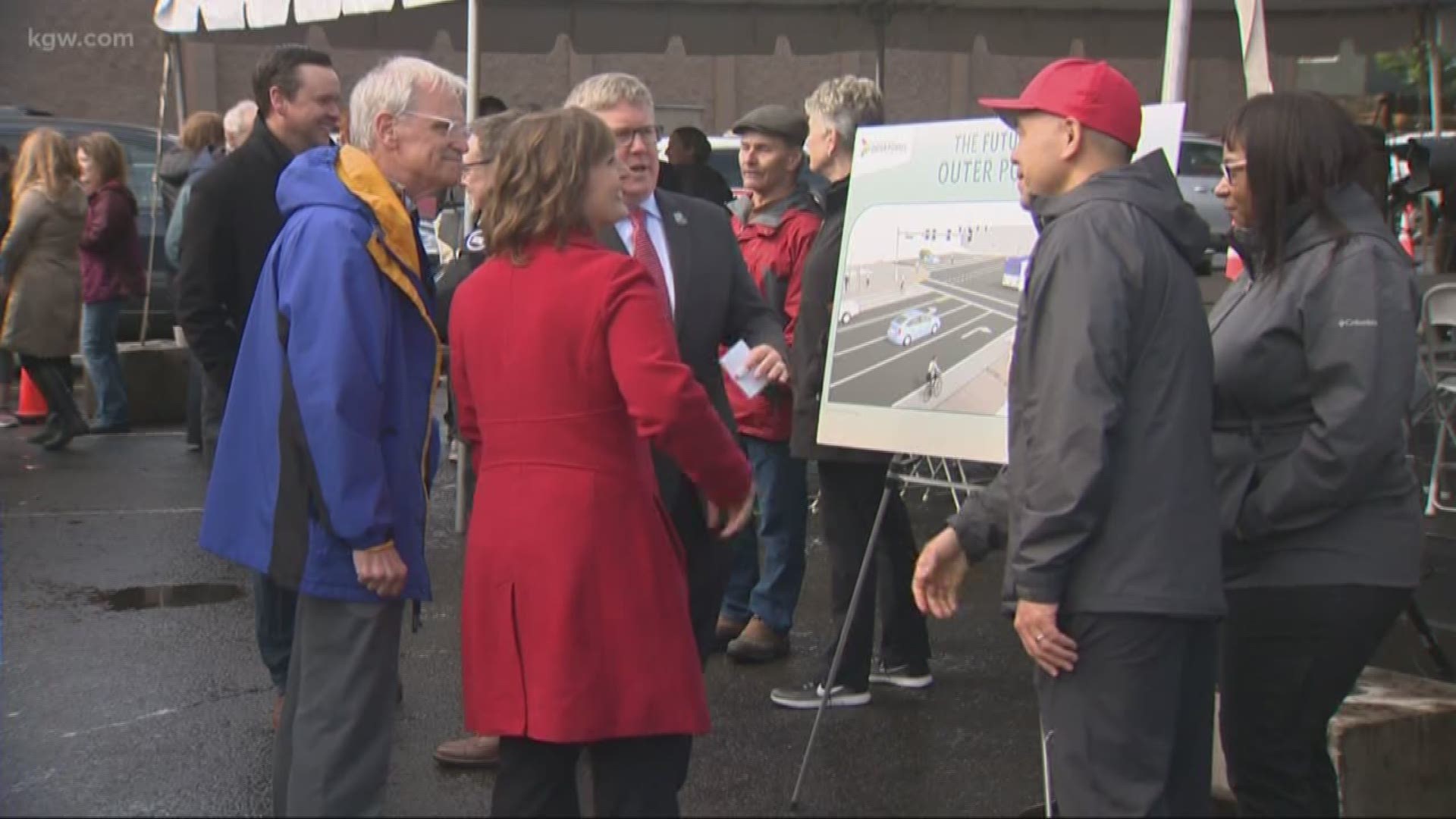 PORTLAND, Ore. — Walkability is one of the many perks of living in a city such as Portland, but a dangerous corridor in the southeast has some community members feeling as though they have been left out. After years of studies, design, and planning Southeast Powell Boulevard is getting a much-needed safety upgrade.

Teresa Soto has lived off Southeast Powell Boulevard since 2003. She says she has seen too many close calls to count on the risky stretch of road near her home. Her neighbor was hit a few years ago.

“You risk your life just to go across the street,” Soto said.

The deadly roadway is one the Oregon Department of Transportation (ODOT) has deemed a high crash corridor. A not so new project, more than a decade in the making, aims to change that.

Saturday, Soto took the stage alongside Oregon Representative Janelle Bynum as the Outer Powell Transportation Safety Project broke ground. Despite the rain, a couple of dozen people made their way to the Safeway parking lot at the corner of Southeast Powell Boulevard and 122nd Avenue to mark the official beginning of the long-awaited construction.

Phase one of the project focuses on safety upgrades for Southeast Powell Boulevard from Southeast 122nd to Southeast 136th Avenues.

The project includes adding sidewalks where there are none now, improved crosswalks, new curb separated bike lanes, center turn lanes for safer vehicle turns and to reduce traffic and storm drains to prevent water from pooling on the road.

“This project is about making an investment in safety in the communities in East Portland that live, work and use this corridor,” Area Manager Central for ODOT Region One Shelli Romero said.

Like many of the people at Saturday’s groundbreaking, Romero has been working on this project for ten years.

“People deserve access in a dignified as a safe way to navigate by foot, by bike, by transit or by car or truck,” Romero said.

For a community with a sense that they have been neglected, this start of this project could not come any sooner.

“It was easy to get disheartened, but to have it finally be a reality, to know that we have been seen, our voices have been heard, and that there is a huge investment in our community and our future -- it's powerful,” Co-chair of Community Advisory Group for the Outer Powell Transportation Safety Project Pastor Jennifer Beil said.

During construction, two-way traffic will be maintained on Southeast Powell Boulevard during the day with some intermittent lane closures at night time. A marked pedestrian path and striped bike lane will be maintained in both directions.

In fall 2015, the Oregon Legislature approved $17 million for design and construct of the section of Powell Boulevard from Southeast 122nd to Southeast 136th avenues. The City of Portland contributed an additional $3 million. This allowed final design work from 2016-2018.

Subsequently, through the passage of House Bill 2017, the Oregon Legislature delegated funds to design and construct the remaining sections of the project (from Southeast 99th Avenue to 122nd Avenue and between 136th to and 176th Avenues).

Construction is expected to last through 2020.

For more details on the project and to sing up for construction updates visit outerpowellsafety.org.