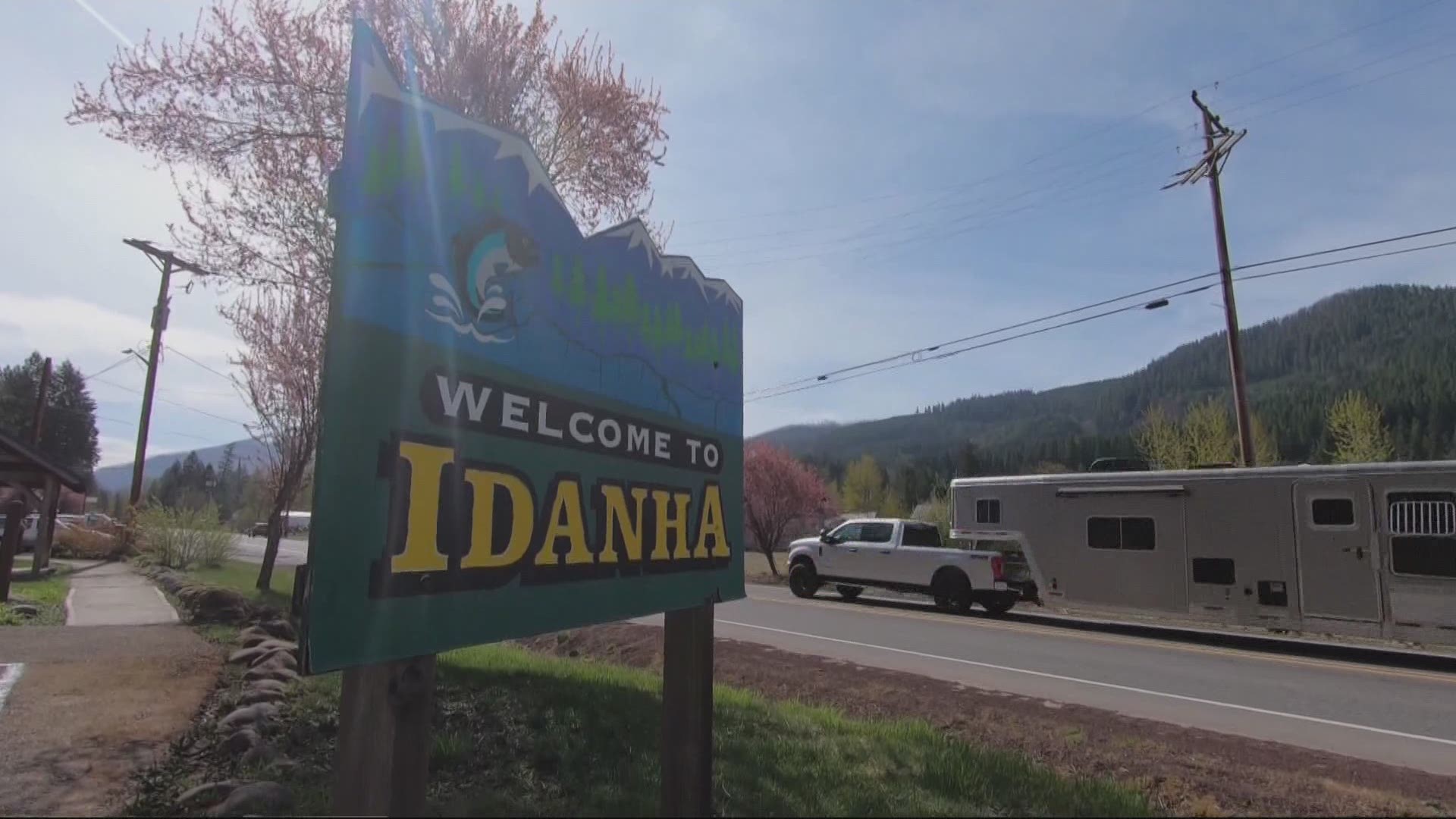 In March, there were concerns that the Idanha-Detroit Rural Fire Protection District in the Santiam Canyon might not have enough money to keep the lights on past December.

This is because the tax base in the area was largely wiped out by the fires that burned homes last September. But there's some good news: The rural fire district received a $45,000 check from the Santiam Canyon Wildfire Relief Fund on Friday.

Deana Freres, with the Santiam Canyon Wildfire Relief Fund, said Friday’s $45,000 donation is the largest amount the fund has given away yet and is meant to be used to help the fire district maintain and repair equipment.

"It’s gonna allow us to make it to 2022. I’m feeling pretty optimistic that we’ll get through this year," he said.

“We just saw the need and figured out what we could do that would be impactful that could help them get ready for the summer,” Freres said.

“The fact that it's grassroots means that we are right there. People get boots on the ground, people who, in our community, want to help others,” said Troy Gulstrom, who is also a part of the nonprofit.

Christina Hoeckle is both a family support liaison for the Santiam School District and a part of the fund. She said the benefit of being a small, local nonprofit, is that requests for help can go through very quickly.

“They [residents] can get the help they need today, tomorrow,” Hoeckle said.

Freres added that the group is committed to doing the most simple application process possible.

“Most of the applications were processed and the checks were out the door in two weeks,” she said.

For families exhausted from trying to jump through hoops to get help from larger organizations or the government, having success getting help from the Santiam Canyon Wildfire Relief Fund can help reignite their ambition to keep pursuing help.

“This is kind of a stopgap,” said Hoeckle.

Marion County Commissioner Danielle Bethell also showed up to support both the nonprofit and the rural fire district.

“I think what folks don't realize outside of the canyon and maybe outside of the valley, is that this is going to be a multi-million dollar long-term process and government is slow. It's incredibly slow and if we didn't have the Santiam Canyon Wildfire Relief Fund, the individual needs right now wouldn't be met and the needs of this rural fire district wouldn't be met,” said Bethell.

The money will help keep the rural, volunteer-run fire district operational into 2022. But it’s clear, the area’s recovery will take a long time and Faust hopes the fire district will be able to keep helping people far into the future.

For the short term, Bethell said it’s also imperative there are enough volunteers to help fight any fires that might break out as we head into another fire season.

Thanks to the $45,000 donation, Faust said it gets them to a place where they can breathe easy for now, but the fight isn’t over.

He said he hopes a grant from the state fire marshal's office will help them in the short term as well, but down the road, he stressed that it’ll be important that historically underfunded rural fire districts across Oregon are supported.

“Partnerships are going to be huge as we tackle the obstacles that are in front of us,” said Faust.

He said Oregon House Bill 5042 may help get the rural fire protection district to 2025, but Faust is still calling on state lawmakers for a longer-term solution, one that's more sustainable and will make sure rural fire districts will continue to be funded.

In March, Faust had also said the fire district had lost about half of its volunteer firefighters. Adding to the positivity, he said more people have joined and the fire district is working to make sure the newcomers are trained up for the summer.