Are you ready for some snow? Rod Hill's 2019 winter outlook

The winter outlook calls for one big Portland snowstorm, dumping up to 8 inches, in January or February. And overall a great ski season on Mt. Hood. 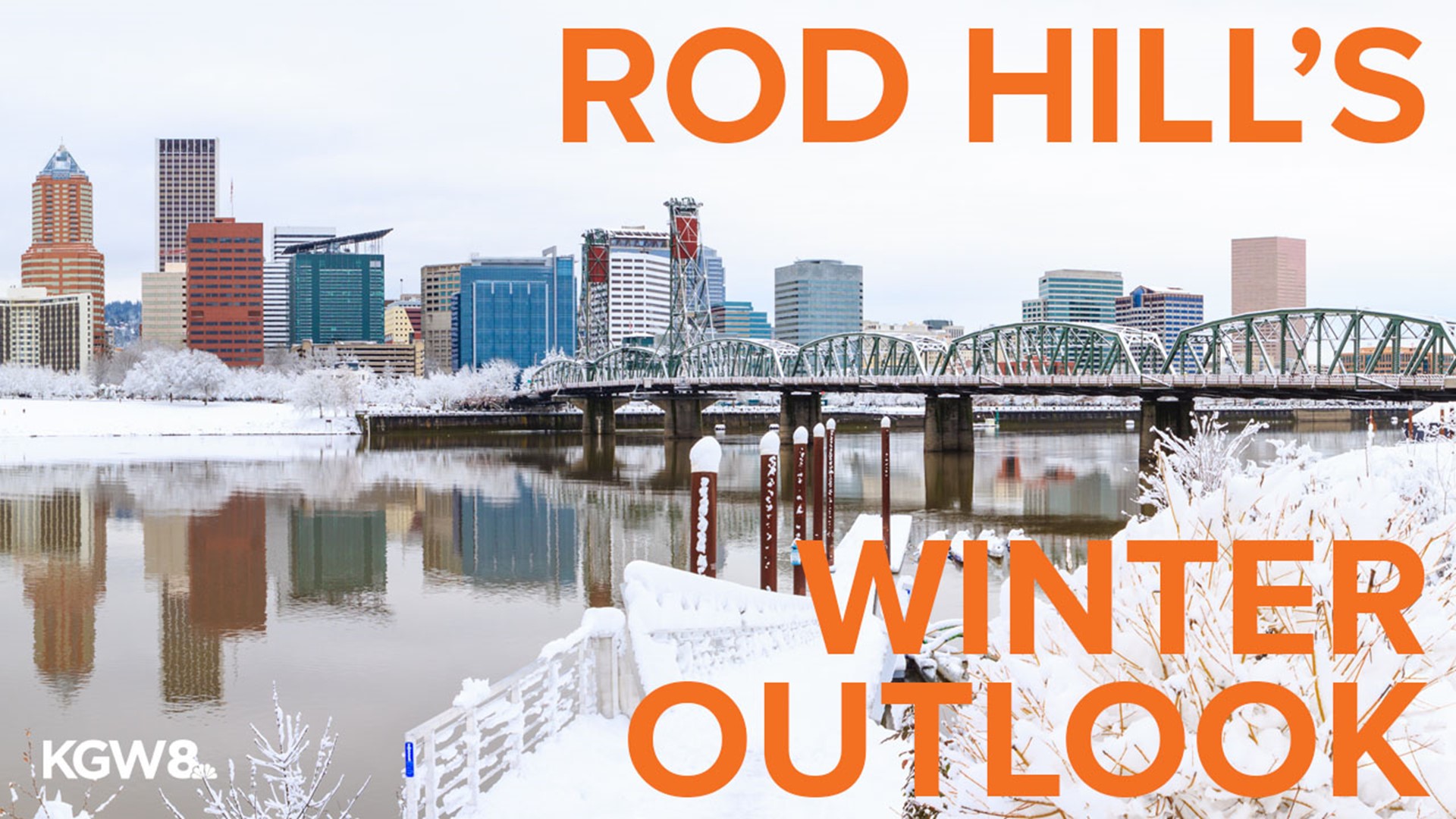 PORTLAND, Ore. — The headline for this upcoming winter season is an 85% confidence from NOAA that an ENSO neutral weather pattern will hold through the winter months, meaning that neither an El Nino or La Nina behavior is expected to occur.

Since 1950, 16 neutral winter seasons have been recorded and the average for Portland for the months of November through March are the following:

Portland snowfall: TOTAL OF 8-10" LIKELY / Possible early snow in November or December, but less than 3" through Jan. 1. A snow storm dumping up to 8" is possible in January or February.

In general, a good steady base building in December at 5,000 feet and higher will make for a good holiday break. The above snowpack numbers would be at least 100" more of total snowfall than last winter, and the best season in terms of total snow since 2016-2017 and the 2011-2012 season.

There is every reason for skiers and boarders to expect a great season on the mountain.

It's also worth checking my forecast results from October 2018 for last winter, just to keep me honest. Below is my forecast check:

This is a forecast HIT for near-normal temperature average

This is a forecast HIT. Only a significant wetter-than-normal average (or drier than normal) would have been a miss.

This is a forecast HIT

This is a forecast HIT

The above results show all five projections were within the bounds of correct category of departure and a good outlook!

So, what is an ENSO projection? In short, the term stands for "El Nino Southern Oscillation" and refers to the variations in winds and sea surface temperatures over the Pacific Ocean that can affect a much larger region.

Fine tuning the ENSO projection above shows what I refer to as positive tilt, in that NOAA's prediction shows slightly above normal Pacific water temperatures in the equatorial region used for seasonal forecast projection.

The positive projection falls short of a weak El Niño, but it can make a difference in weather patterns. A positive tilt for our region leads to an increasing chance of drier than normal rainfall and higher than average snowfall.

Temperature averages show near normal seasons or colder than normal, but indicate a low percentage chance for a warm winter season.

Other trends I researched include winters following a cool, wet September (like we just saw) and neutral winters following weak El Niño patterns, which was the ENSO cycle last winter. Both of the mentioned categories show zero matching patterns to reach a conclusion.

My seasonal forecast accuracy dating back to the 2000-2001 winter season is 68.5%. The percentage is well above industry standards (closer to 55-60%) for projecting below, normal or above normal departure categories.