According to police, around 7:20 a.m. a person reported that their car was stolen at gunpoint from a parking lot in the 9200 block of Southeast Stark Street. 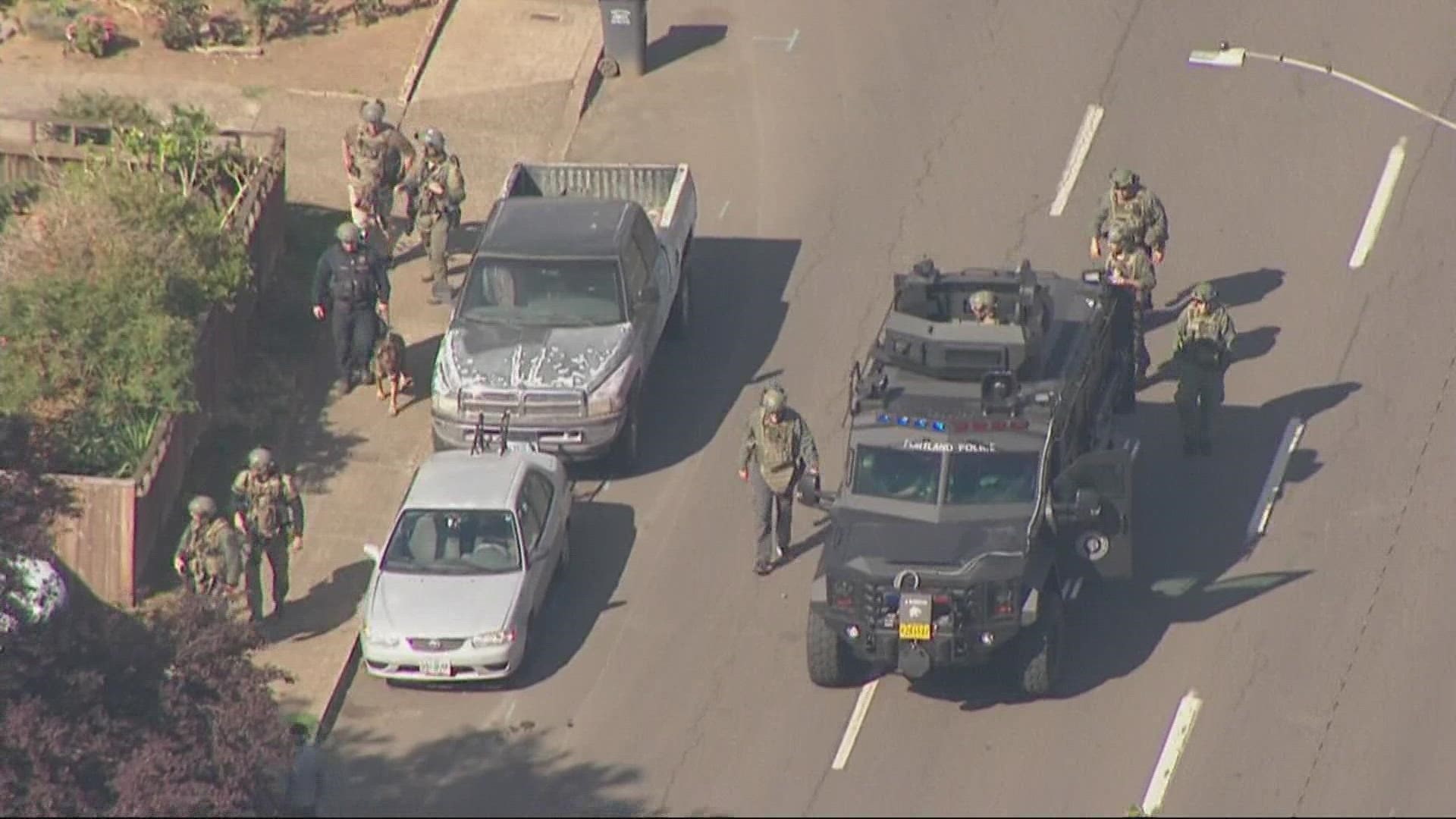 According to police, around 7:20 a.m. a person reported that their car was stolen at gunpoint from a parking lot in the 9200 block of Southeast Stark Street. Officers found the vehicle and tried to stop it, but the driver took off. At one point the driver got out and ran away in the Montavilla neighborhood.

Police blocked off a section of the neighborhood and asked residents to stay inside. The Portland Police Bureau (PPB) called in its Special Emergency Reaction Team (SERT), the Crisis Negotiation Team (CNT), K9 units and the Air Support Unit for assistance.

Credit: PPB
Portland police used their vehicles to surround the car, but the suspect got out and ran away. He was arrested several hours later.

After searching for several hours, PPB said the suspect was found around 11:40 a.m. hiding in a crawl space under a house near 93rd Avenue and Alder Street. PPB arrested him.

Taysean Nash, 21, was arrested and charged with robbery and unauthorized use of a vehicle. A passenger in the vehicle, Rhachelle Cotton, 25, was also charged.

Police have found the suspect in an armed car robbery. Resident around SE 92nd avenue can now come outside their homes. @KGWSunrise @KGWNews pic.twitter.com/UgkBF7IvZX

Police recovered a realistic-looking BB gun in the car that was "virtually indistinguishable from a real firearm," according to PPB. Police said they believe that was the gun Nash used during the robbery.

Credit: PPB
The BB gun police believe was used in a carjacking Tuesday in Southeast Portland. Police said it is "virtually indistinguishable from a real firearm unless it was closely inspected."