The victim suffered severe facial and head injuries, according to detectives. 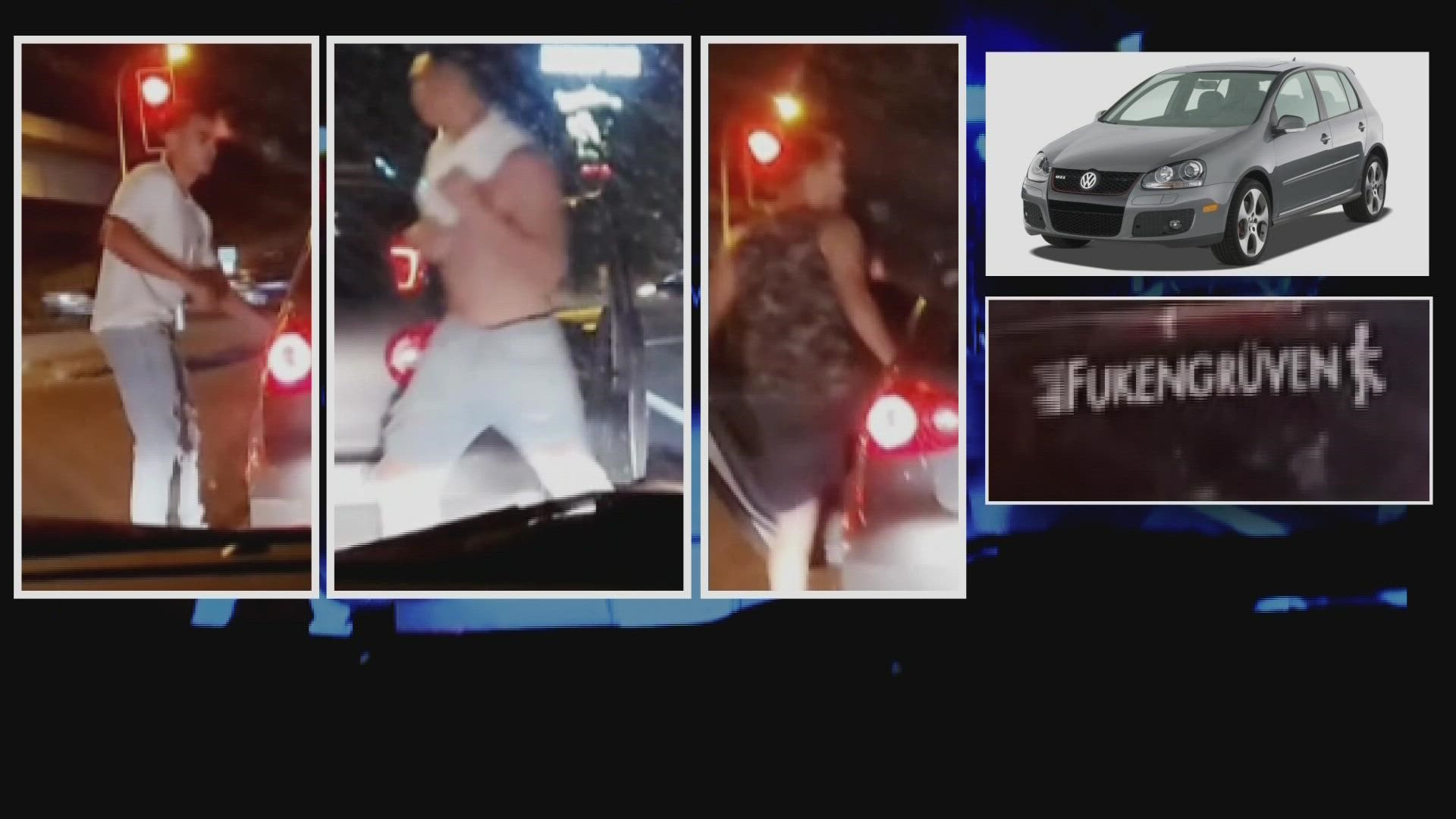 HAZEL DELL, Wash. — The Washington State Patrol (WSP) is asking for the public's help to track down three men who attacked another man along the Interstate 5 off ramp in Hazel Dell on Sept. 10.

Investigators said the victim, a 50-year-old Vancouver man, pulled off I-5 at the 78th Street exit to confront the driver of a silver Volkswagen Golf about a tense incident that happened on the road moments earlier.

Video obtained by KGW shows the driver of the Golf and his two passengers getting out and punching and kicking the driver, who clearly appeared overwhelmed.

Witnesses recalled it as a vicious attack before the aggressors finally took off. The victim suffered what troopers described as severe facial and head injuries.

Law enforcement wants to hear from anyone who recognizes the suspects or their vehicle. WSP said it has a large decal on the back window.

WSP detectives want to hear from anyone who may have been driving in the northbound lanes of I-5 near the 78th street exit between 9:20pm and 9:35pm on the evening of Sept. 10.