Everyone is looking for a way to cool down and many found it with cool water. But Portland's pools can only serve limited numbers because of a lifeguard shortage. 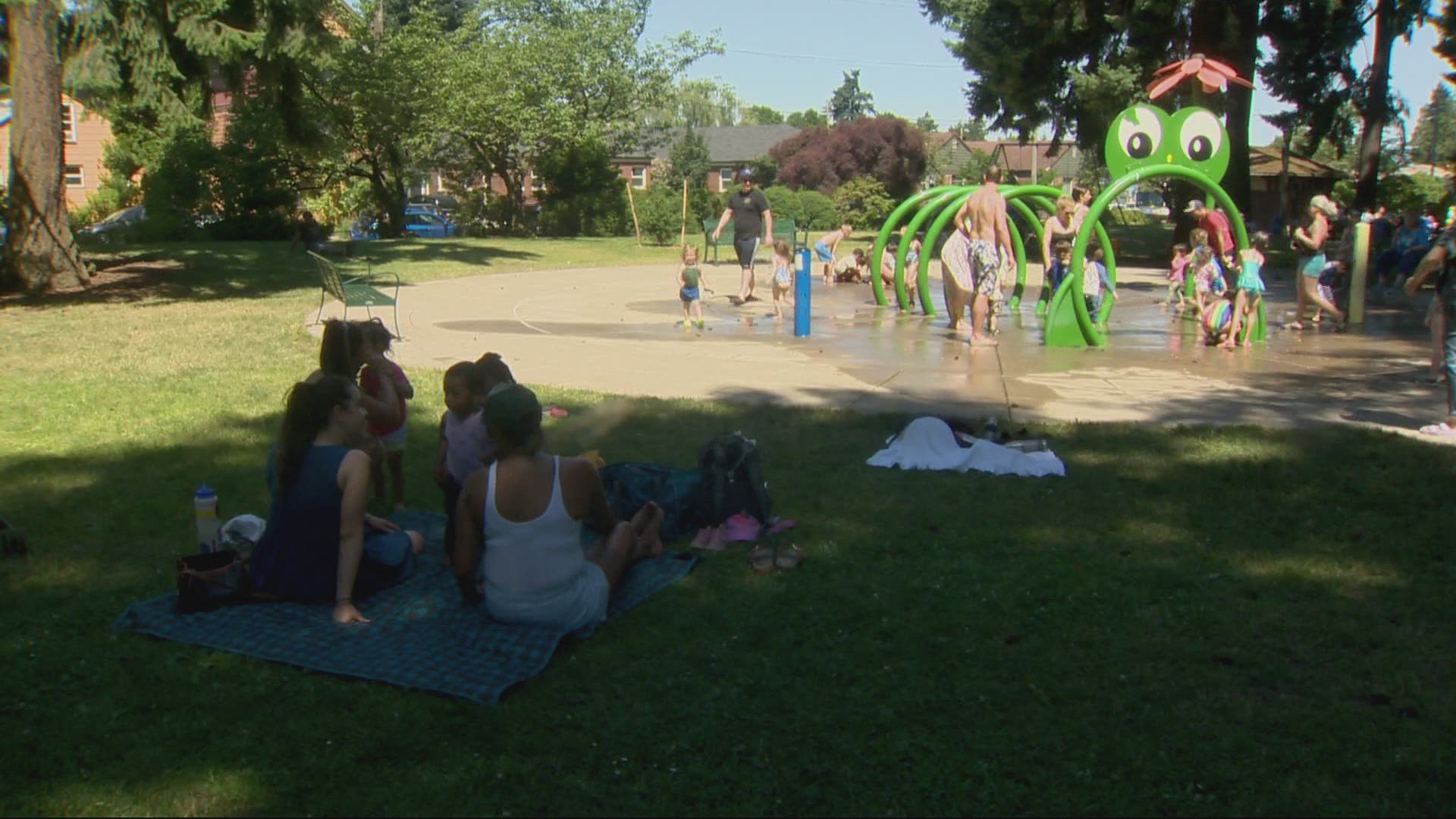 PORTLAND, Oregon — By mid-morning Sunday, the sun is already blazing. Broughton Beach on the Columbia River was heating up and the parking lot was filling up. Two people heading to a birthday party on the beach were considering how long they would stay.

Boaters were getting on the river there too. One group we spoke with couldn't find ice at the store on Sunday, but they still had a cooling strategy.

“We just like to stay in the water in our chairs, be with friends, have a good time. Make the most of it,” said Summer Becker.

There were a lot of people at Penninsula Park, for when the splash pad started up at 11 a.m. As the water pressure built- the reviews came in.

“It feels good,” said Heather Hoelscher, a little girl who enjoyed the water with her mother nearby.

“We missed this last year because of COVID so it’s so fun to have it open again and have the community out—it’s a little crowded but everyone‘s just taking their time enjoying the space and staying cool,” said Kelly Hoelscher.

“It’s fun, look at this; the kids are enjoying it, it’s hot and they’re having a good time,”  said Candice Anders.

Anders, her two daughters and others in her group were enjoying the park, but like most folks, they wouldn’t stay all day.

“Our plan was to get out early before it started warming up too hot, and then going back inside, staying hydrated.”

After some brief instructions to swimmers from the lifeguard manager, the Peninsula Park pool opened at noon on Sunday. Pools are problematic in Portland because the city doesn't have enough lifeguards to open fully.

So, despite Oregon Gov. Kate Brown lifting COVID capacity restrictions, Peninsula Park’s pool, which could handle 296 swimmers, was only allowing 80. And all swimmers had to register and reserve. Beth Lifson and daughter Hannah signed up for the season.

“We wanted to make sure we got pool time this summer since we missed out last summer - super excited that we planned ahead,” said Lifsom. Lifosm was ready for the water, but also critical of the Portland Parks and Recreation system of advance reservations as inequitable, because it is primarily online and requires a credit card.

But there is always the splash pad or fountains, at Penninsula Park and about two dozen other parks in the city.

“When you have a splash pad like this that’s accessible to everyone in Portland I feel like that’s a good substitute; it’s free, it cools you down the kids love it,” said Rachid Yousf, who was at the park with his sons Sami and Adam.