Governor Brown may move some counties into the 'extreme risk' category next week, forcing struggling cinemas to curb attendance yet again 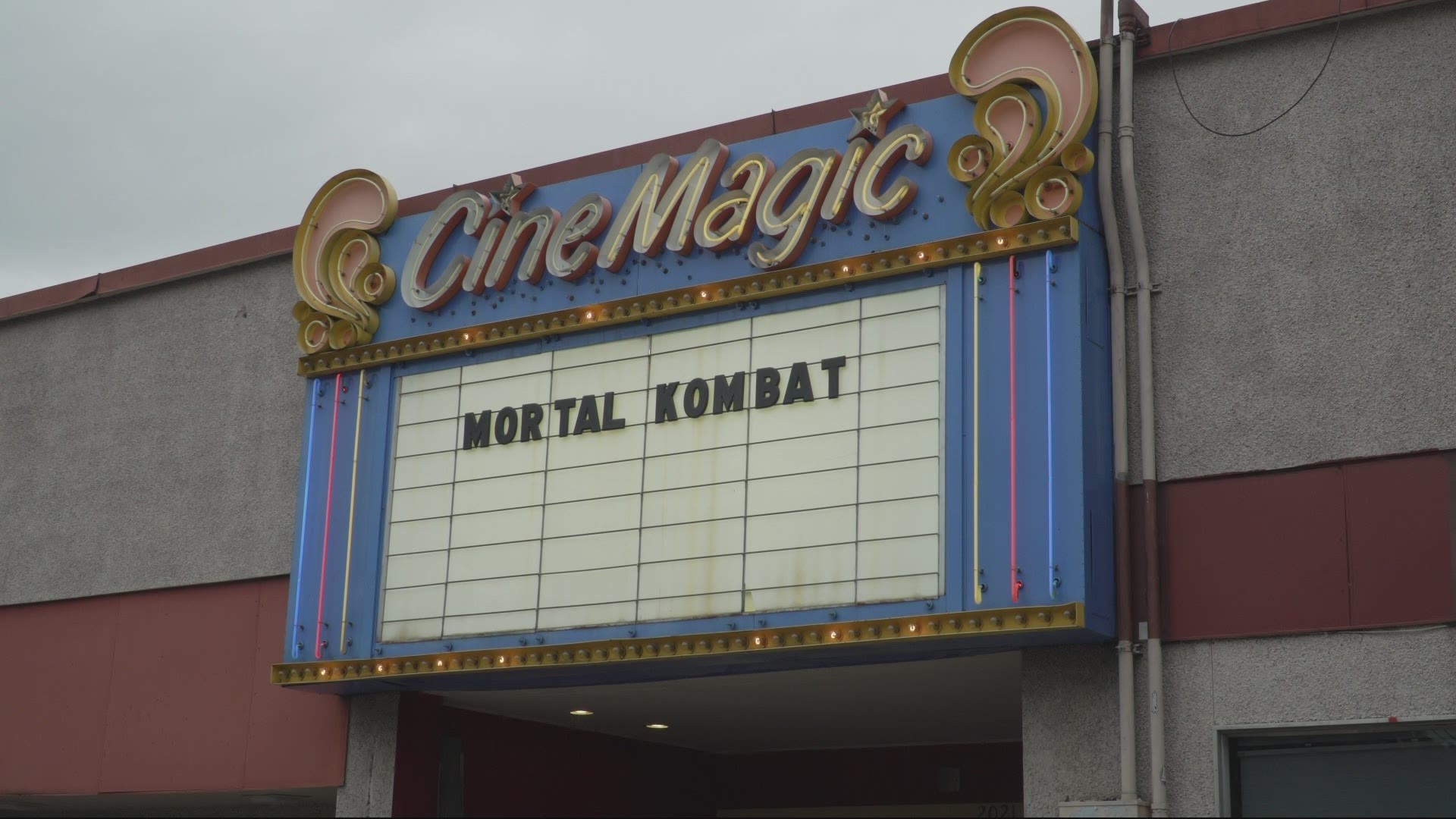 LeAnn Nakvasil and her family own several independent theaters across the state, including the Cinemagic and Moreland theaters in Portland. They were able to re-open at the end of January.

But it wasn't smooth going. There were restrictions about the number of people allowed in a theater and whether or not they could sell concessions.

She said getting films to show has been challenging too. “The studios aren't wanting to release new things right now because they’ve got to make their money too.”

And now a new blow: Friday, Governor Kate Brown talked about moving some counties back into the 'extreme risk' category because of spiking COVID-19 rates. Theater owners are worried what that could mean for them.

The Joy Cinema and Pub in Tigard stayed closed for nearly a year. They're back open now for limited showings.

“We limit ourselves more than the state says we have to. We have been since we re-opened. We're just selling thirty to forty tickets a show and we could have a hundred. We just want to be careful,” said owner Jeff Martin.

Theater owners are hopeful they can continue to stay open and operate as they have been.