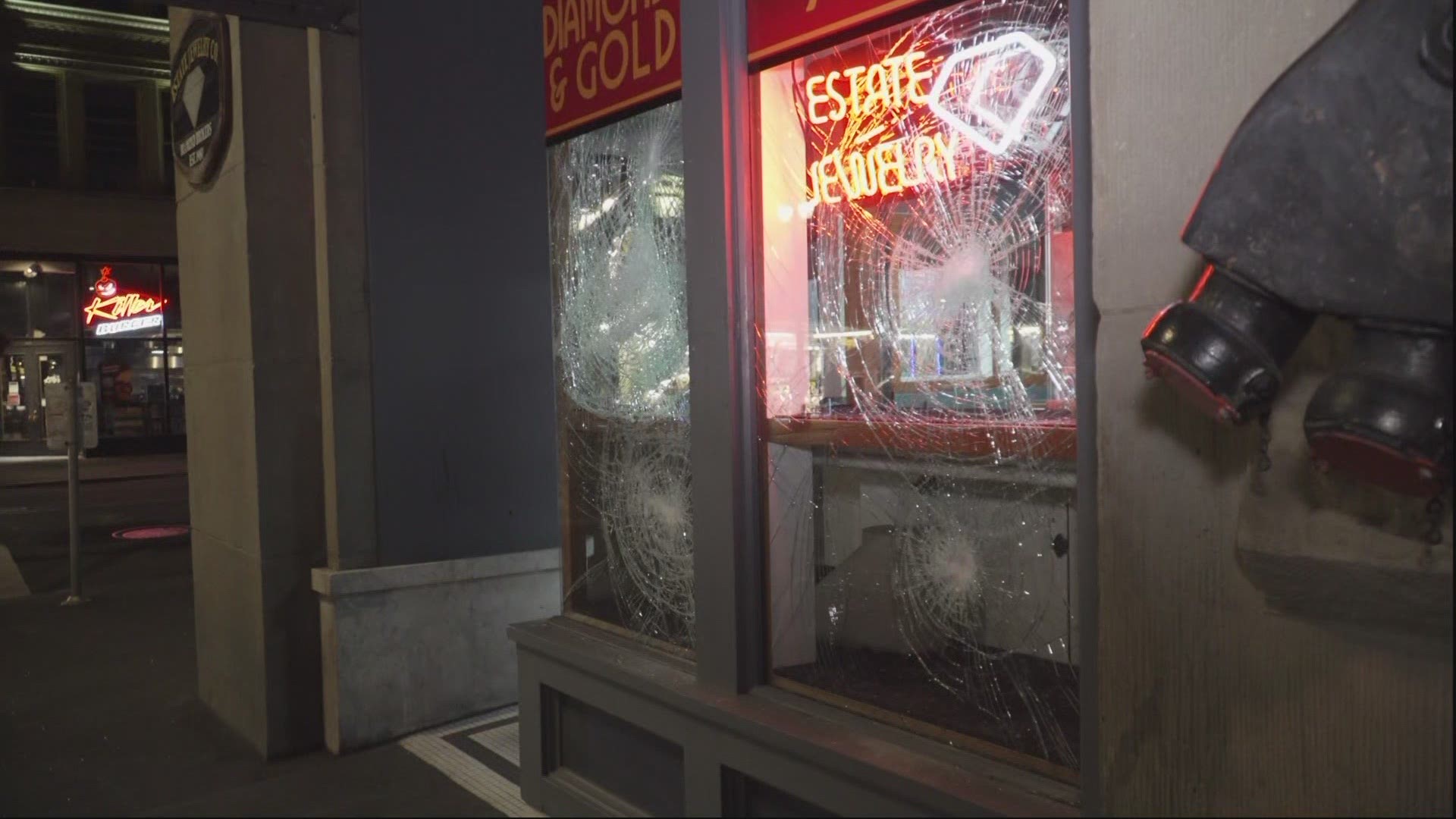 A crowd of demonstrators, many wearing all black, started to gather outside the Justice Center on Southwest Third Avenue and Main Street around 8 p.m. for a planned event to commemorate Floyd.

By 8:30 p.m., someone had spray painted the Justice Center with the words "Rest in Power George Floyd" and "All Cops Are Chauvin," referring to the Minneapolis officer who was convicted in the murder of George Floyd.

Shortly after 9 p.m., fireworks were set off. Police said people started to chant "Burn this building down" as some lit a dumpster fire and pushed it close to the Justice Center. The fire was quickly put out.

A group of demonstrators have gathered at the Justice Center downtown; police declared an an unlawful assembly after they lit a dumpster fire and pulled down some park fencing. pic.twitter.com/mRDngaBBKh

An unlawful assembly was declared at about 9:25 p.m., and police began using a loudspeaker to demand that the crowd refrain from engaging in criminal activity. Police in riot gear confronted the crowd.

Police ordered the crowd to disperse and said those who continued to engage in criminal activity would risk being arrested.

The crowd returned to the Justice Center at about 10:45 p.m. and began to disperse. Police said they made some "targeted arrests" during the riot.

Portland police released the following information about the arrests made Tuesday night:

Earlier on Tuesday, a peaceful crowd marched from Revolution Hall in Southeast Portland to the Burnside Bridge. The group sat down on the bridge, shutting it down to traffic for nine minutes and 29 seconds of silence before returning.

WATCH: What police reform has happened in Portland since the murder of George Floyd?