Police said the groups had been planning to meet up following a separate confrontation a couple weeks earlier. 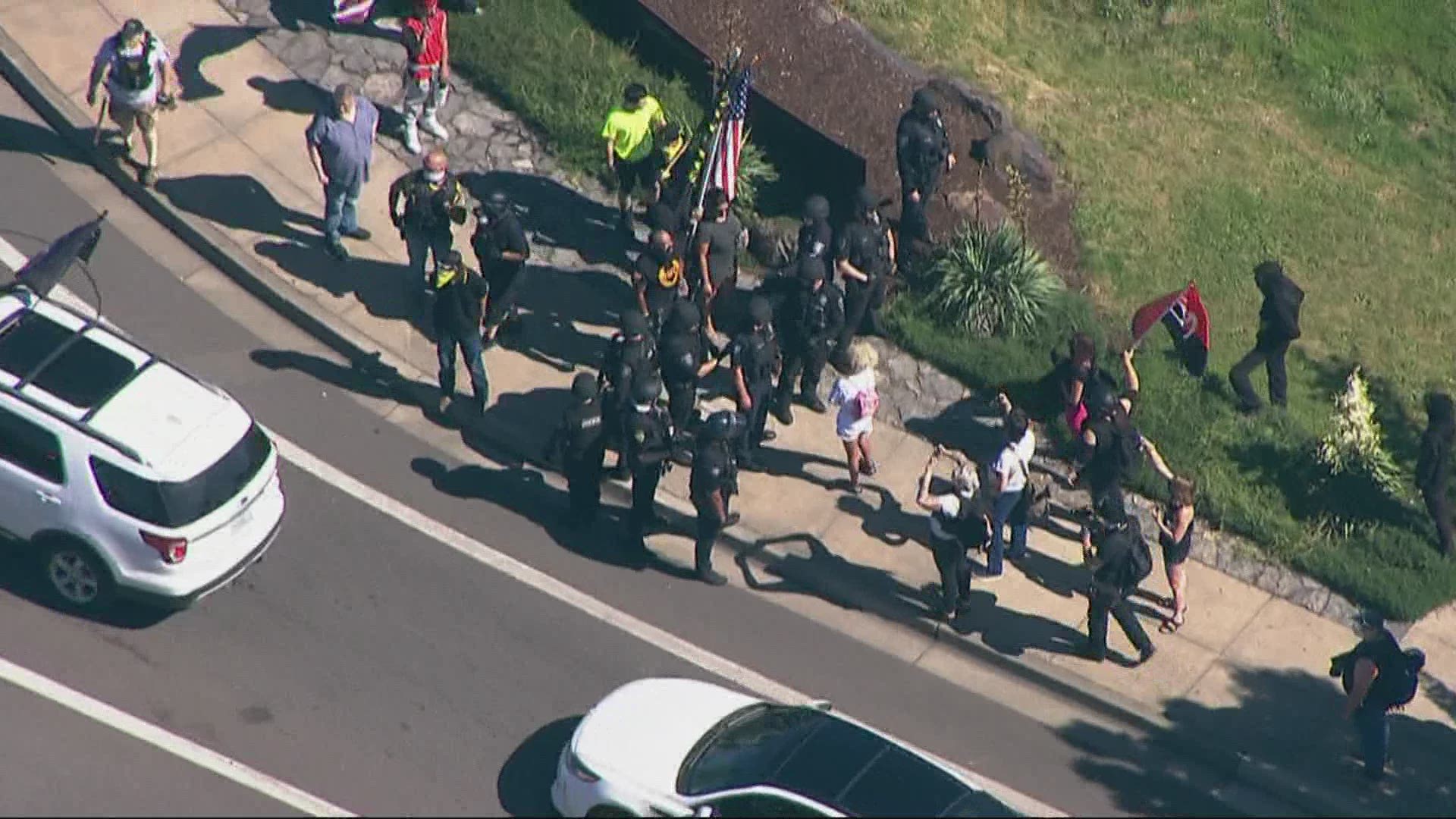 The two groups gathered at the park, located just off McLoughlin Boulevard where the Clackamas and Willamette rivers meet, before 4 p.m. People in both groups had guns, pepper spray, bear spray and shields, police said.

Oregon City police told KGW they declared a riot when the two groups started fighting and spraying each other with chemicals.

Police have not revealed what triggered the fight but said the groups had been planning to meet up following a separate confrontation a couple weeks earlier.

Some people suffered minor injuries and were checked out by medical personnel on scene; others refused medical treatment, police said.

There were no immediate reports of arrests.

This is a developing story. We will update it as we learn more.