Researchers at Oregon State University just saved the Portland International Airport more than $30 million — by blowing up the ground around it. 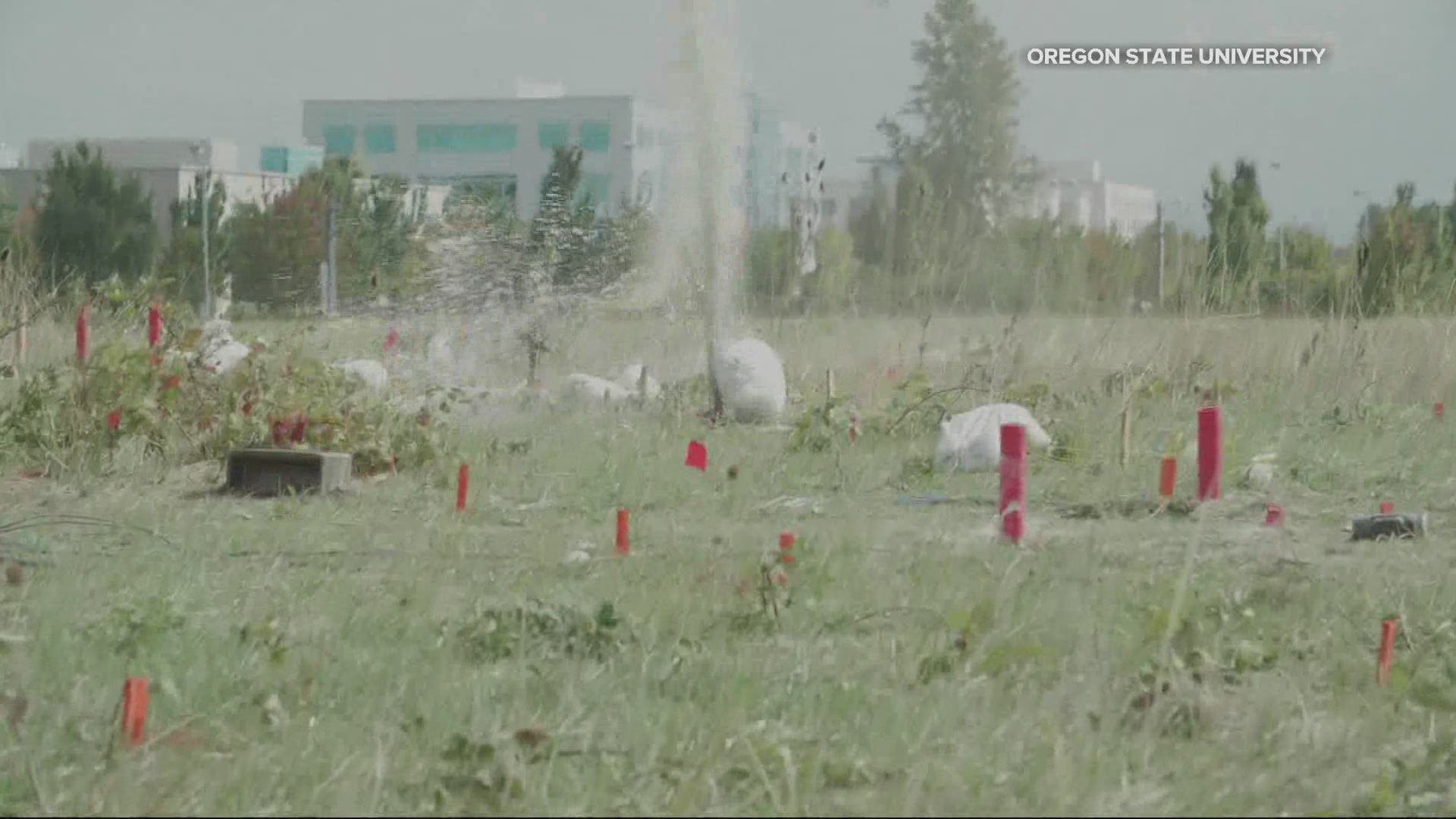 The phenomenon is called liquefaction.

It happens when sandy soil with shallow groundwater shakes in an earthquake and behaves like liquid. And it's a danger the Pacific Northwest could face in the coming years.

The Portland International Airport (PDX) is in an area at high risk for liquefaction.

"We have to have a runway. And since both runways are highly susceptible to liquefaction, we're working towards that," said Tom Wharton, a project engineer with the Port of Portland.

Wharton wanted to know just how much the soil underneath the runways would liquefy in the event of a magnitude 8 or 9 Cascadia Subduction Zone quake, so he called in researchers from Oregon State University (OSU) to find out.

"At the port they have almost a hundred feet or more of liquefiable soils below runways and terminals," said OSU geotechnical engineering professor Armin Stuedlein, who led the research. His challenge was how to simulate an earthquake without damaging the airport itself.

His solution? To strategically blow up the ground near the airport with a series of controlled blasts.

"The intent was to generate what we call shear waves, which are the most damaging types of seismic energy that an earthquake can produce," said Stuedlein.

"As an engineer, it's a pretty good day at work when you get to blow stuff up," said Wharton.

As expected, the shaking from the blasts liquefied the soils, indicating the runways would be compromised.

"The ground surface at the top of the liquefied," said Stuedlein. "The column settled on the order of six inches."

But the research also found the ground did not sink as much as previously thought. And the cost to re-enforce one of the runways would be about $35 million less than initial estimates.

Because when the "Big One" hits, PDX will need that runway.

"Without a runway, we'll be relying on helicopter or repaired bridges to move material in... or potentially barges on the Columbia River," said Wharton.

RELATED: Could you survive for two weeks if 'The Big One' hits?

It will help save lives at first.

"Having the ability to fly in supplies will allow us to respond in a much more rapid and effective manner," said Stuedlein.

And then it will help save the region's economy.

Thanks to those blasts, the airport will have a quakeproof runway in the next five to 10 years.