Scientists who study the ocean off Oregon's coast think it's shaping up to be a bad summer for Dungeness crabs. And it's because of the winds. 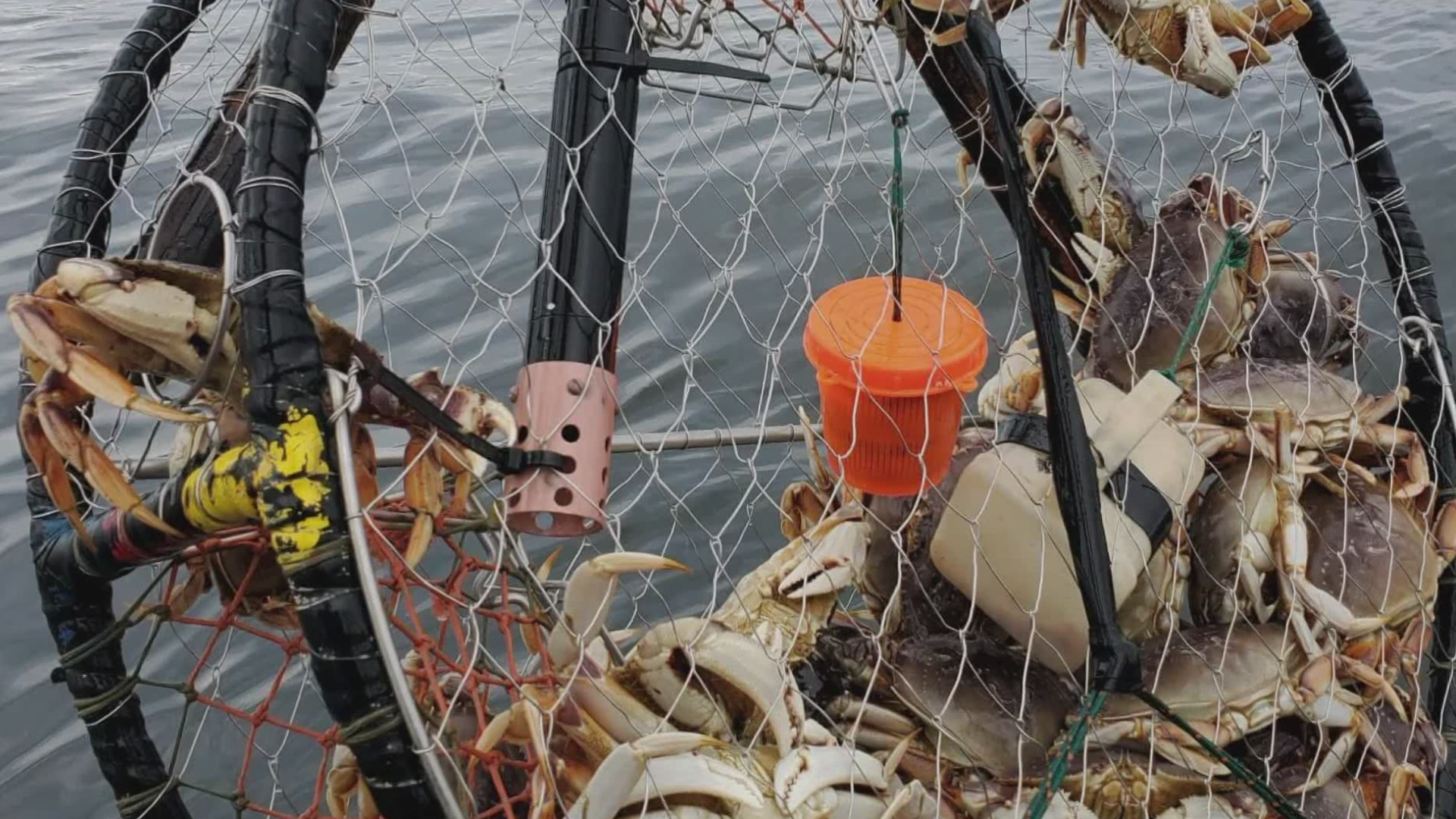 PORTLAND, Ore. — The images shocked even the experts. Dead crabs littered across the ocean floor, and absolutely no fish.

It's what researchers saw in underwater video taken back in 2006. It revealed an ocean graveyard that covered 1,200 square miles off Oregon's coast.

Events like these are called dead zones. They are areas of the ocean that have extremely low to no oxygen in the water.

They happen on occasion, but in 2006 scientists measured not just low but zero oxygen in the water.

Oregon State University marine ecologist Dr. Francis Chan has been tracking dead zones for more than 15 years. He believes this year is shaping up to be one much like 2006, which was an event that killed thousands of crabs and other marine life.

"When we have really strong wind years, like we're having this year right now, we tend to have those low oxygen zones," Chan said.

The winds create upwelling in the ocean, which in turn creates conditions that can cause dead zones.

This year marks the earliest start to the upwelling season in 35 years.

"The last time we had winds this strong this early, we had zero oxygen for part of the summer along the Oregon coast," said Chan.

Scientists are now attaching sensors to crab pots and have teamed up with commercial crabbers to do the research.

"We've built these dissolved oxygen sensors that are smart and rugged, we zip tied them onto a commercial crab pots and the fisherman, they're deploying the sensors," said Chan. "They're the sentinels out there now."

The researchers know, this is a year they will have to pay close attention to what's happening in the water off our coast to see if their predictions prove true.

And these undersea scenes of carnage play out again.

"It's all hands on deck," said Chan. "The fishing fleet is working with scientists to keep track and understand what's happening out there."