No matter who you voted for Kamala Harris' projected win for vice president is history-making. 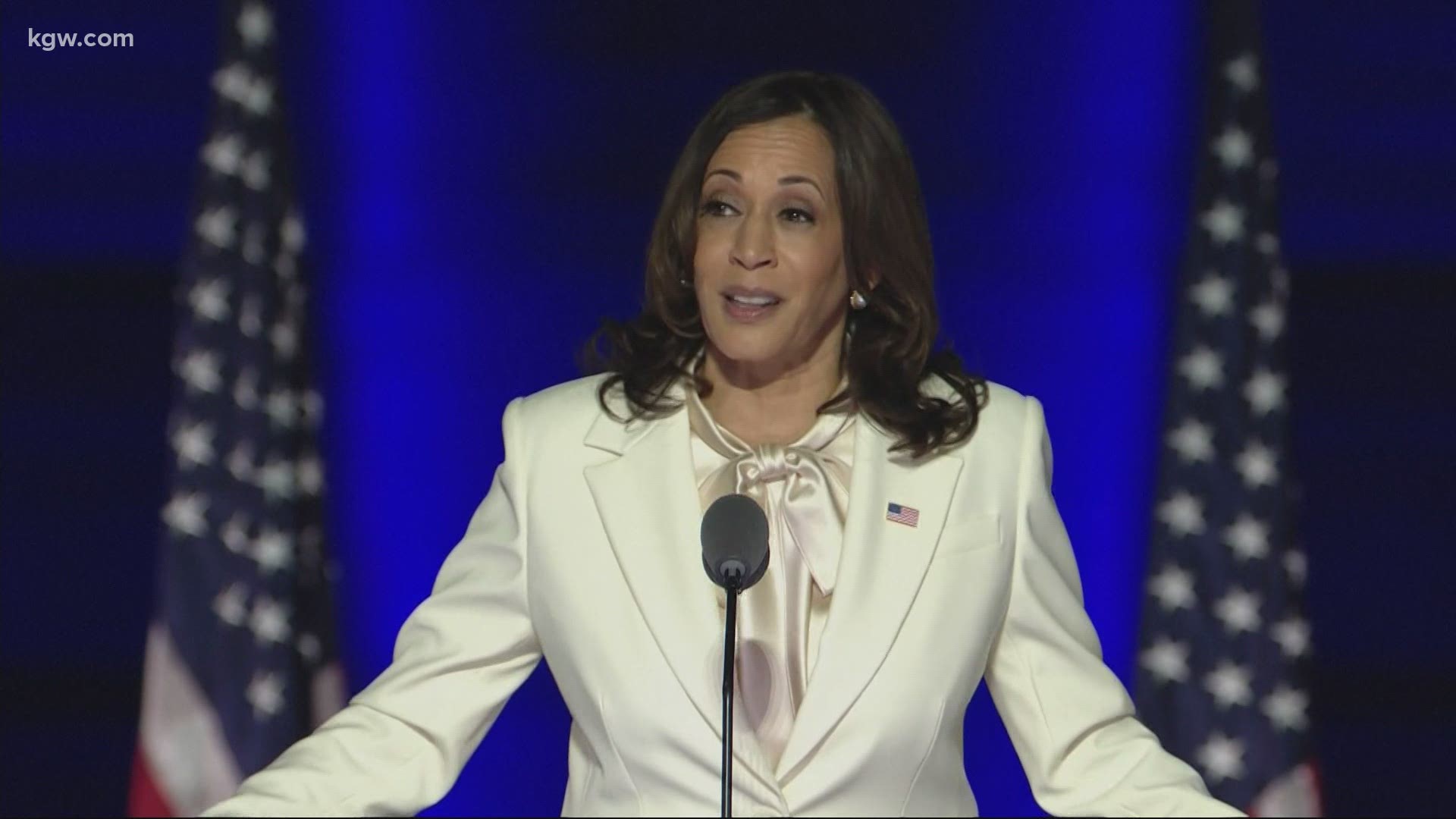 PORTLAND, Ore. — In her vice president-elect acceptance speech, Kamala Harris thanked those who paved the way for women in politics and set the course for the future generation.

“While I may be the first woman in this office, I will not be the last,” she said.

Those words resonate with women and girls across the country, no matter what party you are a part of.

“I think that it’s amazing that we’re going to have a female vice president,” 11-year-old Alma Ben-Zaken said, “And, actually, we should have had one already.”

For the next generation of leaders, Harris’ ascent to the White House will have a profound impact.

These three middle schoolers are all part of Girls Count, a non-profit group in Portland that provides programs to inspire girls to be the next generation of innovators, critical thinkers, and decision-makers by giving them opportunities to see academics in action.

Mary Hlastala is the founder and executive director.

“Really our mission is for girls to understand that their voice matters in the world,” Hlastala said. “And it’s important to understand what’s going on in the world so they can make informed decisions and become, hopefully, the next generation of leaders and innovators.”

“I actually learned stuff that even my parents didn’t know about,” Ben-Zaken said.

“We learned about the Electoral College, which I found very important to know about,” Ben-Zaken said.

In that lesson, they’re learning about the importance of having diverse leadership to represent our diverse country.

“You get different ideas and some of those ideas could be better than the ones previously thought of,” Rettmann said.”

When it comes to local government, women make up just 22% of mayors in cities with populations over 30,000, according to Represent Women.

“Representation does matter,” President of the League of Women Voters of Oregon Rebeca Gladstone said.

The League of Women Voters is a non-partisan group that encourages informed and active participation in government. They are celebrating their 100th birthday and the anniversary of the 19th amendment giving women the right to vote. However, Gladstone is quick to point out that while the ratification happened a century ago, it took decades more for Black women and POC women to be able to exercise their vote alongside their white counterparts.

While Harris’ new role as vice president-elect is breaking barriers, Gladstone says that we still have a long way to go for an equitable future.

“There’s a diversity in our society and our government should reflect that. Our democracy should have people that speak for all of us,” she said. “There are some really great ideas out there, but we just have to give them a chance to come up and speak.”

For these young girls and girls around the country, seeing someone who looks like them in the White House matters, right now and for the future ahead.

“I’m really, really glad we’re having one, especially a mixed-race vice president,” Ben-Zaken said. “And if we start with the vice president then we’re going to work our way up to president someday.”

Girls Count is working to grow its mission of empowering middle school-aged girls. They’re in the middle of a fundraiser to provide a permanent space in Portland for their non-profit work. To learn more and donate visit www.girlscountpdx.org.