School districts across the area closed for the day, but the icy commute wreaked havoc with traffic delays and crashes.

Christine Pitawanich was reporting from East County, where car after car slid all over the roads.

Keely Chalmers reported from 82nd Avenue and Sandy Boulevard, where it was a "sheet of ice" early Tuesday morning

Tim Gordon was in Vancouver, where he said traffic on Mill Plain at I-205 was going much slower than usual.

Sky 8 was over the Portland area and found lots of accidents on the icy roads.

Post by KGWTV8.
Your pics: 62 stunning photos of snow in Portland 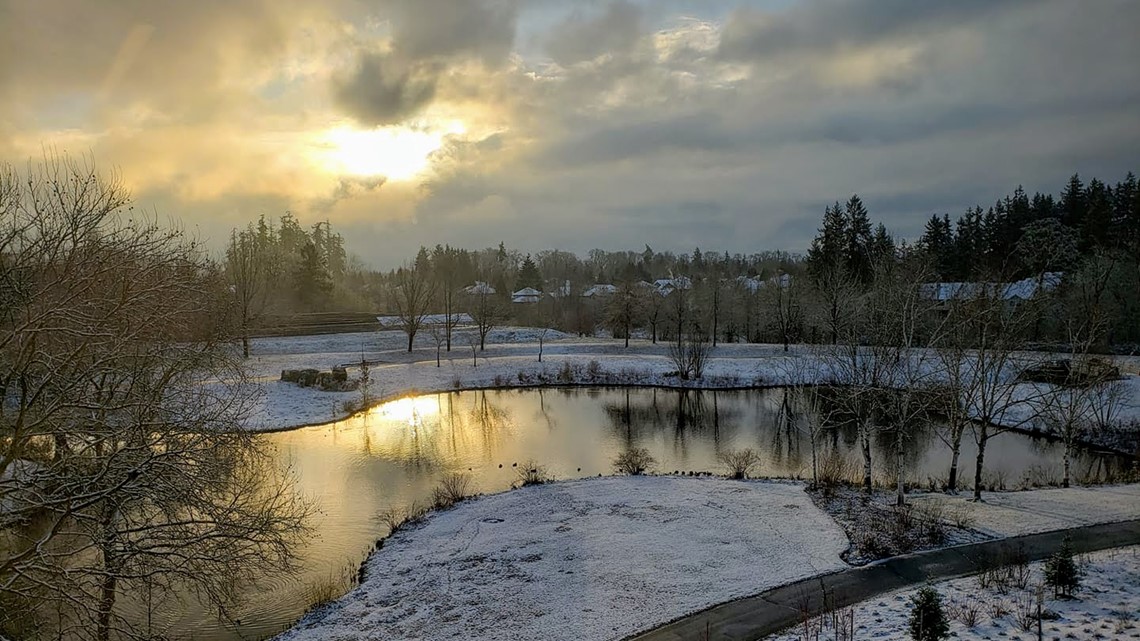