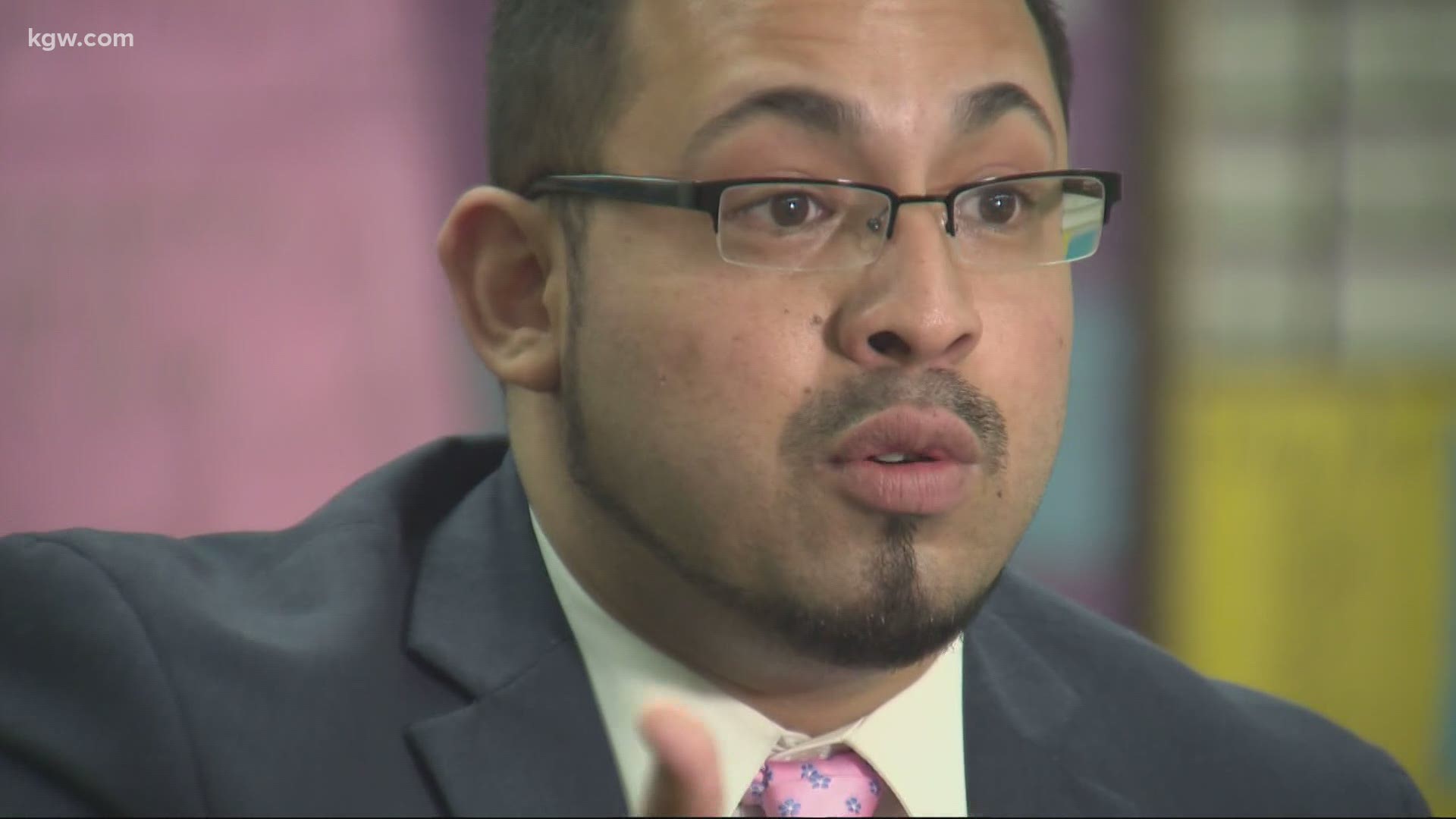 In a historic move, Gov. Brown, 26 Oregon House Democrats and Senate Pres. Peter Courtney had called for the representative's resignation earlier this month.

“Today I tendered my resignation so my colleagues may focus on serving Oregonians and so I can move forward with my life and focus on my health and family,” Hernandez said in a statement Sunday evening.

Following a week of hearings into Hernandez's conduct, the House Committee on Conduct concluded on Feb. 5 that Hernandez, on multiple occasions, created an intimidating and hostile work environment for women at the Capitol.

According to an independent investigation, three women had come forward to accuse Hernandez of creating a hostile work environment that led them to believe their careers were at risk after they tried to break off romantic relationships with him.

One of his accusers, known only as "Subject One," told the conduct committee she decided to speak out after watching Rep. Hernandez, over the course of the nine-month investigation, release multiple statements to the media.

"He's said dating when you're young is hard,” she said, quoting a statement the representative issued. "No other dating experience led me to hide in my closet."

Rep. Hernandez did appeared in person to these hearings, but his attorney read a statement on his behalf after their conclusion.

"Please let me unequivocally say that I'm very sorry that I made anyone uncomfortable," said Kevin Lafky, reading Rep. Hernandez’s statement. "Many have read the report without having had the benefit of my response … Many have judged my conduct without knowing the facts."

In that statement, Hernandez said he had submitted a 40-page rebuttal to the committee. It’s unclear if lawmakers had access to that document.

The conduct committee voted Rep. Hernandez created a hostile work environment for "Subject One" six times, including an instance when he showed up at her apartment unannounced, prompting her to hide in the closet. There were also times Rep. Hernandez left flowers on her car at the Capitol or sent anonymous gifts to her home.

A woman he had dated and lived with between January and April 2019 wrote he was prone to violent outbursts, including throwing things at her while under the influence. She said that he usually mixed “alcohol, narcotic pills and marijuana.”

Gov. Brown had called for Rep. Hernandez's resignation during a COVID-19 update.

"The women who came forward and shared their stories are courageous and brave," Gov. Brown said, adding, "Let me be very clear. If this were any other workplace, Rep. Hernandez would have already been shown the door."

The handling of the hearings and investigation led Rep. Mark Meek (D-Clackamas County) to threaten to leave the Democratic party.

Meek said he and other frustrated Democrats supported the women who raised concerns about Hernandez. What they didn't support was House leadership – specifically Speaker Tina Kotek (D-Portland), publicizing the investigation into Rep. Hernandez, calling for him to resign and removing him from committee hearings before the full process played out.

He later told KGW he would not be changing party affiliations.