A criminal investigation by the Oregon State Police is still ongoing. 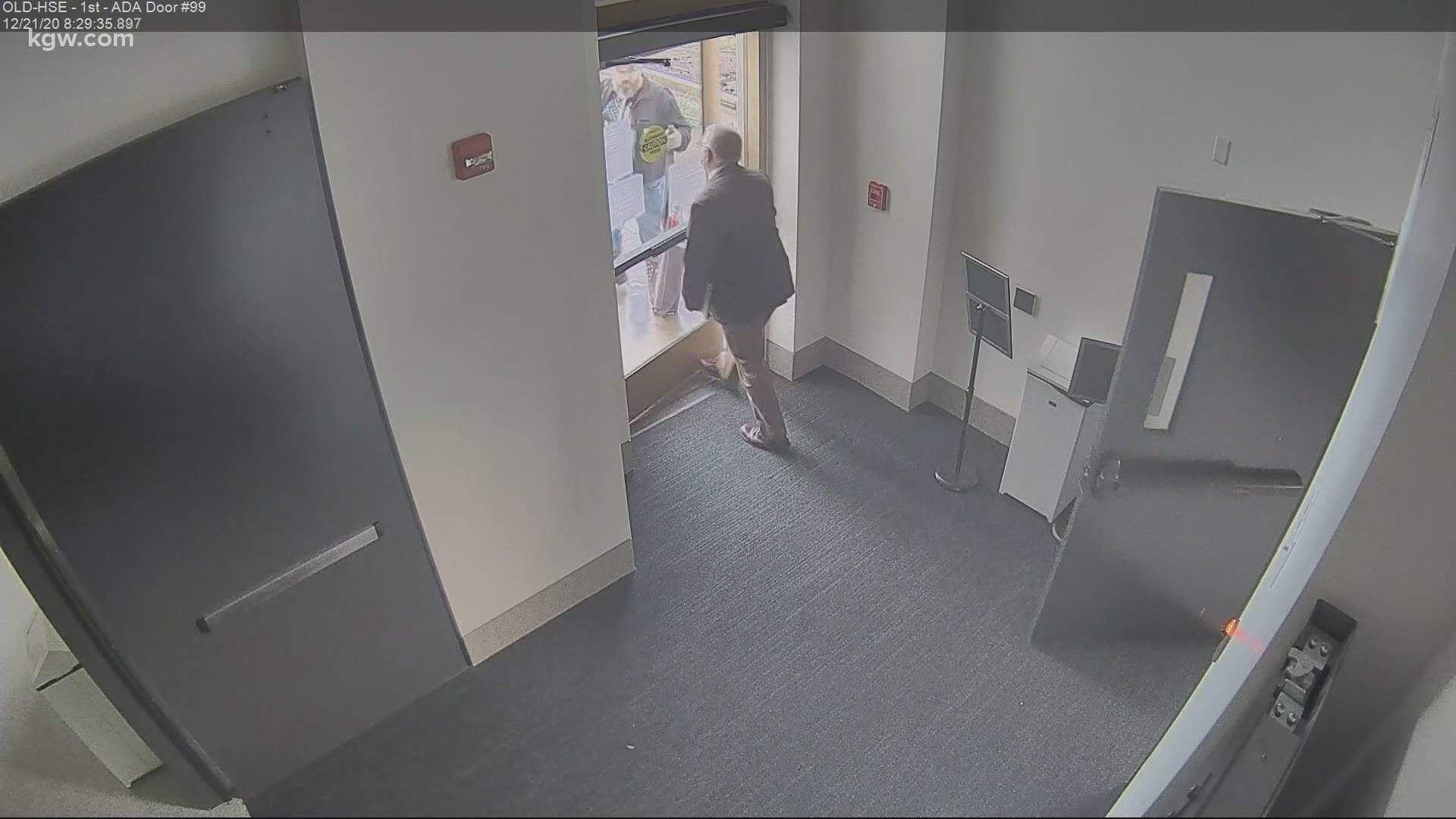 SALEM, Ore. — Rep. Mike Nearman (R-Independence), still in the midst of a criminal investigation after allegedly letting far-right demonstrators inside the Oregon Capitol, has been hit with a $2,700 bill by the capitol's legislative administration.

Nearman is accused of letting demonstrators into the Capitol during a one-day special session on Dec. 21, 2020. An investigation into Nearman's actions is underway by Oregon State Police, and dozens of lawmakers and business and community leaders have called for his resignation.

The $2,700 bill includes damages to a vestibule leading into the Capitol, where Rep. Nearman is seen on surveillance video opening the door to allow protesters inside.

The bill includes the following:

Rep. Nearman has been stripped of his committee assignments by Speaker Tina Kotek, who also filed a workplace complaint against him.