Janet Risch was 72 years old and getting money from the bank with her daughter when a robber slashed her throat. 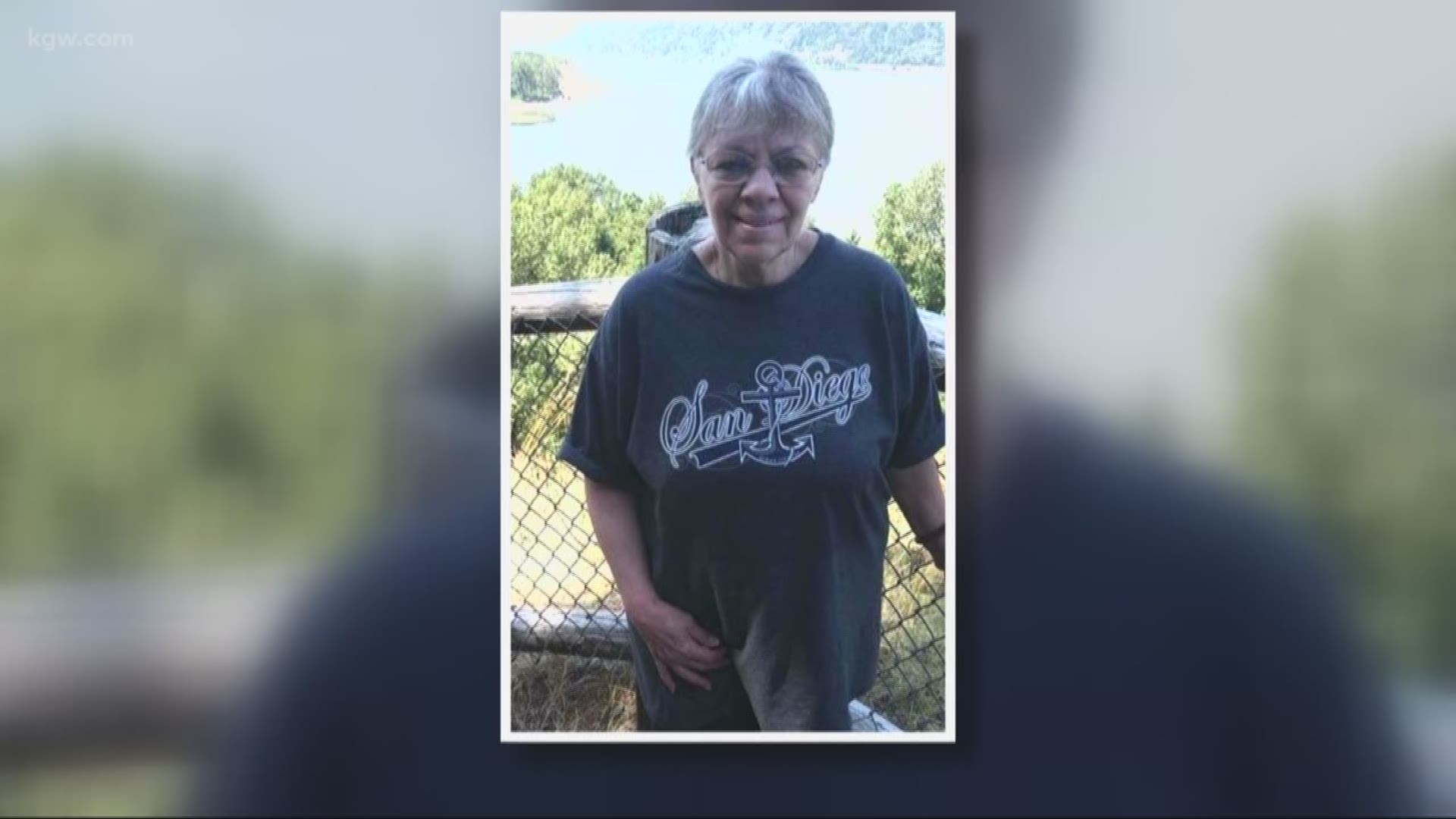 BEAVERTON, Ore. — The solemn row of bouquets grew Friday outside the Wells Fargo Bank branch at the Murrayhill shopping center in Beaverton.

One after another, strangers stopped to look or drop off flowers at the doors, which were locked.

Black plastic covered the windows to keep the world out but even on the sidewalk the symbolism is powerful.

“It just doesn't seem real until you see it in person,” said Angie Alverson.

Alverson drove across town from her home in East Portland to see and feel the place where her grandmother died.

Janet Risch was 72 years old and getting money from the bank with her daughter, 53-year-old Debra Thompson, when a man robbed the place and slashed the mother and daughter with a knife.

Alverson said her aunt is hospitalized with a knife cut across the front of her throat.

She said her grandma helped raise her because Alverson’s mom was a single mother.

“She always made sure everybody was taken care of before herself, always,” Alverson said.

And now she's gone. The snapshots on Alverson’s phone hold moments she'll never forget. There they are smiling at the edge of the Pacific Ocean. And playing with Alverson’s dogs.

Alverson’s favorite is the one where her grandma is sucking a straw plunged into a large margarita. It was the first time Risch had ever tried one and it was Risch’s birthday, said Alverson.

“Yesterday, all I could think was, 'Oh I have to call her' and nope. It’s hard,” she said.

But through the pain Alverson saw the strangers dropping off their flowers in front of the bank.

“Oh my god, it’s so sweet. People that didn’t even know her,” she said.

She marveled at the acts of kindness here.

Credit: KGW
Alverson looking at the flowers spread out in front of the Wells Fargo bank where her grandmother was killed

People like Judith David-Hope, a stranger and new to Portland just felt they had to do something.

She brought not only flowers but also a hug and promise of prayers when she realized who Alverson was.

“I'm so sorry,” she said as she embraced Alverson.

It was one of many small but powerful messages of hope, a reminder that there is more love here than hate.