Federal officers arrested religious leaders on Tuesday morning at the U.S Immigration and Customs Enforcement holding facility in Southwest Portland during a protest. 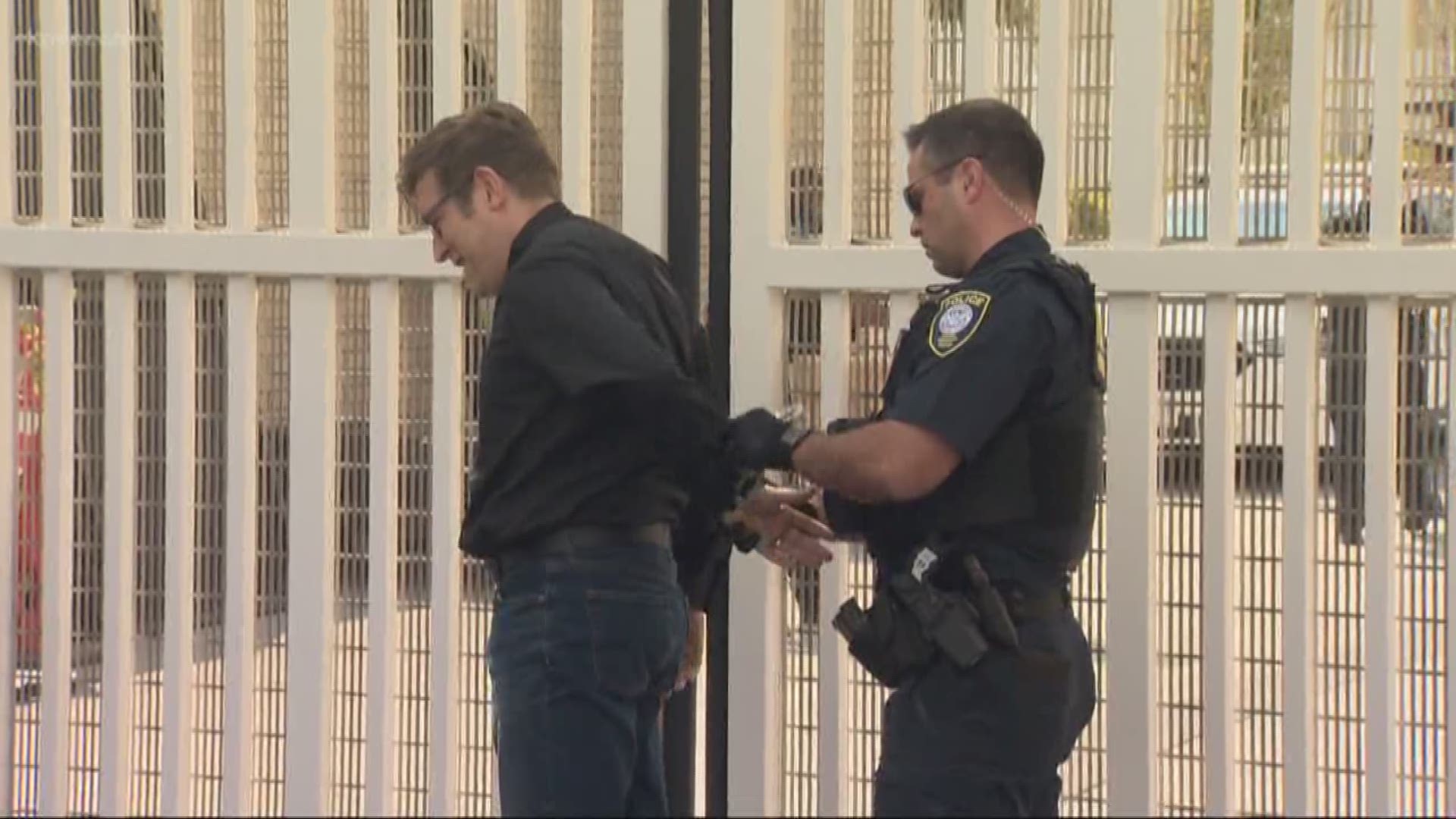 The leaders and other people of faith marched to the ICE facility to demand the release of more than 100 asylum seekers being held at a federal prison in Sheridan, Oregon.

Before the protest, the group said it planned to interrupt ICE operations if its demands weren't met. At about 11 a.m., several members of the group started blocking the driveway to the ICE facility. About 30 minutes later, federal agents came out and put three religious leaders in handcuffs. ICE officials confirmed to KGW that the three individuals were arrested and charged with obstruction. (Story continues below)

Three clergy arrested for blocking ICE facility. Hear from one of them at noon @KGWNews pic.twitter.com/8hsXeCqYVp

Reverend Michael Ellick said the group sent a letter to ICE a week ago asking for the immediate release of 123 people currently being detained at the Sheridan Federal Correctional Institution.

"We haven't gotten any response from [ICE acting regional director Elizabeth] Godfrey," Ellick said. "We're going back to demand . . . the freedom of our people in Sheridan and in detention centers across the country . . . We're willing to put our bodies on the line for this."

The group met at 10 a.m. Tuesday at Elizabeth Caruthers Park in Portland and then marched to the ICE facility to request a meeting with Godfrey to demand the release of the detained asylum seekers. (Story continues below)

Interfaith group gathers to tell Immigration and Customs Enforcement, “Let our People Go”. Demanding ICE release 123 detainees at Fed. Detention in Sheridan. Says they are asylum seekers who could be released. @KGWNews pic.twitter.com/EkQ1rXGI6b

Federal office pulling out of ICE building and driving by group. @KGWNews pic.twitter.com/c3esC1u4vr

In late May, 123 immigrants and asylum seekers were transferred to the Sheridan facility, shortly after the Trump Administration announced its zero-tolerance immigration policy in April and sent more than 1,600 immigrants to federal prisons because other jails lack space.

Reports from lawyers who have visited the detainees have documented human rights violations, including strip searches, detainees being forced to eat next to toilets, and lack of religious accommodation, among others. There have also been reports of depression and attempted suicides.

"ICE is acting out of a misbegotten idea that those who seek refuge are dangerous, but our scripture makes clear ... that we are to welcome and love the immigrant, for we were once immigrants in Egypt," said Rabbi Debra Kolodny.

A separate protest at the ICE facility ended in July after five weeks. Occupy ICE PDX set up camp to protest federal immigration policy on June 19. The ICE facility closed for two weeks amid the protest. After declining to get involved, Mayor Ted Wheeler ordered city police to sweep the camp on July 25, citing health and safety concerns at the camp.

Occupy ICE PDX: What we know