The organization is only six weeks old, but unveiled a host of proposals, and support from elected leaders. 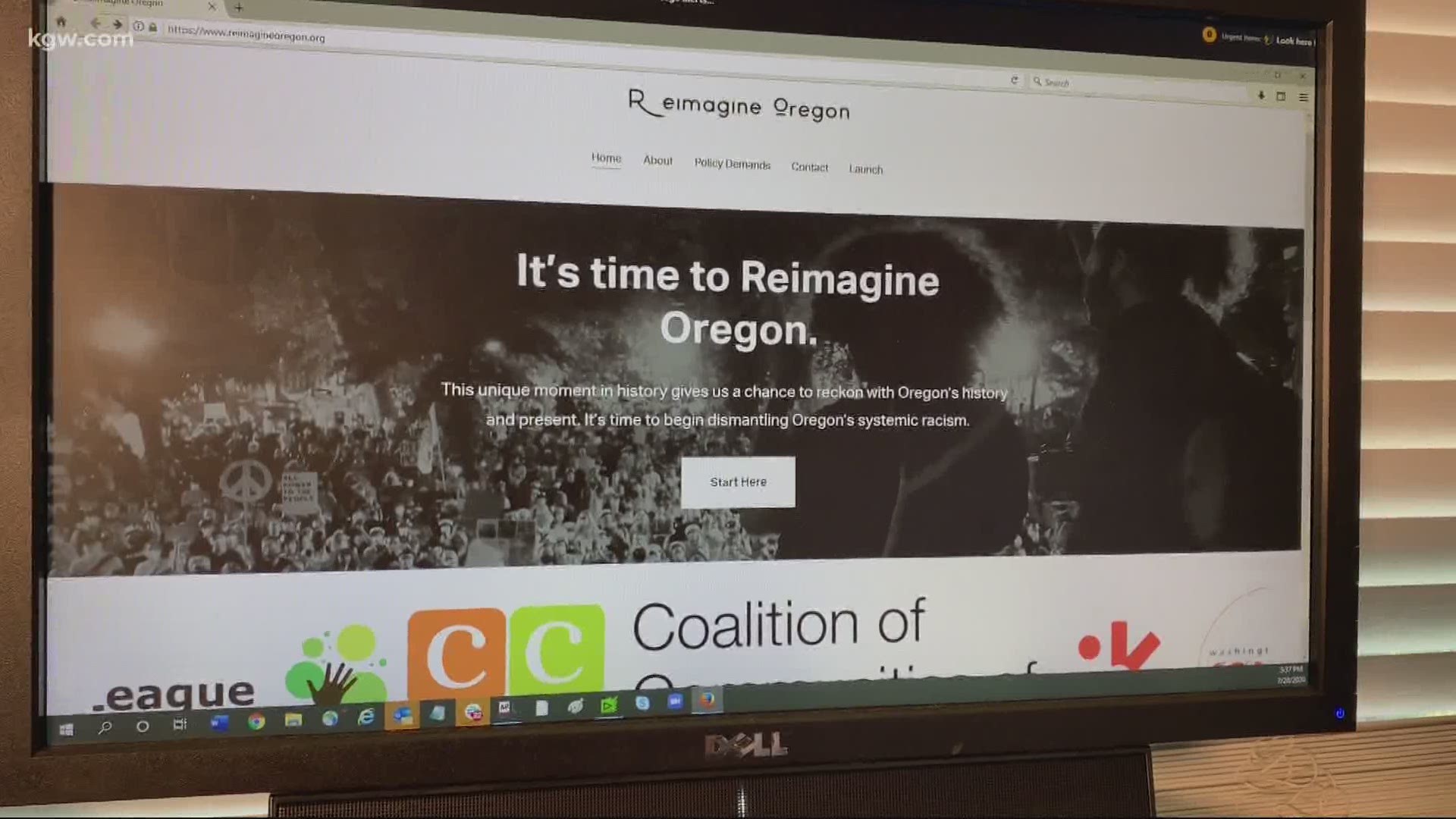 "We are reimagining what the valuation of Black lives looks like for Oregon," said Kali Ladd-Thorne, the executive director of KairosPDX. "Oregon, this is your chance; now is your chance to prove that Black lives matter, in a tangible and actionable way."

Reimagine Oregon is made up of Black-led organizations, community members and activists, and the group has been meeting for just six weeks. Already they have big plans to 'reimagine' the state, from its education system to the justice system to housing and healthcare.

"And the list goes on and on, Black lives matter," said Ladd-Thorne. "The policies and practices that have destroyed our humanity or rendered us invisible can exist no more."

The proposals for fairness and equality are many. Some are new. And some have been around, but left undone.

"We’ve brought proposals back, and said, 'now that you finally realize black lives matter, are you ready to do these things?'", said JOIN Executive Director Katina Holland.

The core group of Black leaders is asking that question of elected leaders, who say they want to help. That Includes Oregon Governor Kate Brown, who joined Tuesday's conversation.

"It’s been incredibly important for me to participate in this process," said Brown. "I’ve said it before but I’ll say it again, I certainly count myself as one of the many politicians whose good intentions certainly haven’t done enough to tackle the scourge of systemic racism."

Along with the governor, leaders from Metro, Multnomah, Wahington and Clackamas counties said they are all on board, for battling systemic racism in Oregon.

Multnomah County Chair Deborah Kafourey said, "It is most important that we use this moment and this momentum to make real lasting change, change that we all know is long overdue."

Reimagine Oregon made it clear at Tuesday’s news conference: this is a grass roots effort, that starts with Black lives matter demonstrations. But they said there is so much more to do.

"Whether we’re marching in the streets or sending letters and making phone calls to our elected officials, we’re coming together to demand more than moderate or incremental change," Elona Wilson, Stand for Children Organizer.

The ultimate goal is to eradicate systemic racism in the state.

"And if we do it right, our children will look back and say, 'this was the year that Black lives started to matter here in Oregon,'" said Ladd-Thorne.

Click here to learn the details of the proposals and progress.