Reflecting on Occupy ICE, mayor says he supports cause -- not tactics -- of protest 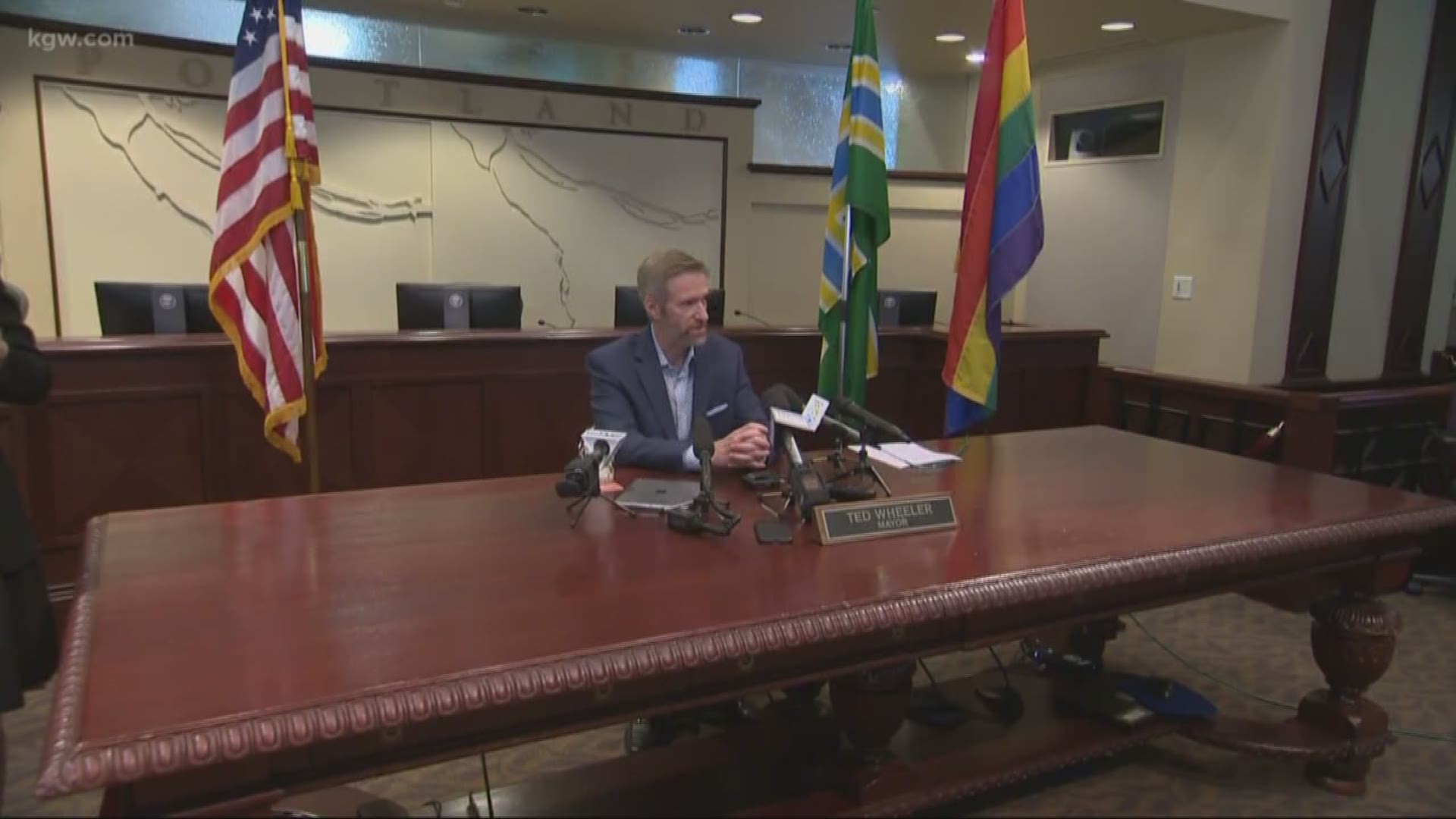 PORTLAND, Ore. — Several days after Portland Mayor Ted Wheeler brought an end to the #OccupyICEPDX protest, he said he supports the demonstrators' message but not the way they carried it out.

The protest peacefully began in mid-June, but grew in the coming weeks as a couple dozen protesters began camping on land adjacent to the US Immigration and Customs Enforcement office off SW Macadam Avenue.

According to records, the property is shared by TriMet, Metro, the City of Portland, the City of Lake Oswego and the Oregon Department of Transportation.

For weeks, Wheeler publicly voiced his support for the camp, the protesters' First Amendment rights, and vowed not to allow local police to get involved unless there was an emergency.

However, earlier this week, the mayor announced the camp had "run its course" and officers with the Portland Police Bureau quickly posted notice to vacate signs at the camp.

Wheeler said he and Police Chief Danielle Outlaw decided to shut down the camp after seeing mounting evidence of of biohazards and garbage on site.

Two days later, the camp was cleared, and there were no arrests or injuries. The campers left behind most of the wooden structures, trash and other litter. The City of Portland and TriMet footed thousands of dollars for a contractor to professionally clear the area.

Though the city doesn't yet know just how much trash was hauled away from the site, a spokesperson for the city's Office of Management and Finance said the cleaning crew hauled away three 30-yard dumpsters filled with just wooden pallets.

In a first-of-its kind press conference Friday, the mayor said he maintains his support of the protesters' cause and their First Amendment rights, but for the first time, publicly admitted he didn't support their tactics.

"I think it detracts from the main message when an encampment is built and then piles of garbage and biohazard and litter are left behind... while I support the goals of demonstrators around immigration policy, the tactic of building a permanent encampment we all said could not be sustainable, I can safely say that I don't support that as a tactic," he said.

Wheeler said he not only had concerns about the community outside the camp, but said he was worried about the campers themselves.

"I actually at the end had concerns for people residing in the camp about their health and their safety, as well as the general public," he said.

He encouraged those passionate about the cause to find alternative ways to voice their concerns.

"There are other productive ways to exercise First Amendment rights, not leave taxpayers with the bill, not create environmental, health, or safety hazards," he said.

The protesters' goal nationwide was to shut down the agency. When asked if he would support such a move, Wheeler wouldn't give a firm answer, adding he would have to learn about all aspects of ICE.

"I don't know enough about that to say," the mayor answered. "I definitely believe the policies pertaining to immigration should be reformed. Whether or not the agency itself should be abolished, that's a separate question I don't feel qualified to answer."

Similar press conferences to the one held Friday will be held on a monthly basis at City Hall.