Research shows that even a slight reduction in traffic has a significant impact on air quality, especially during rush hour. 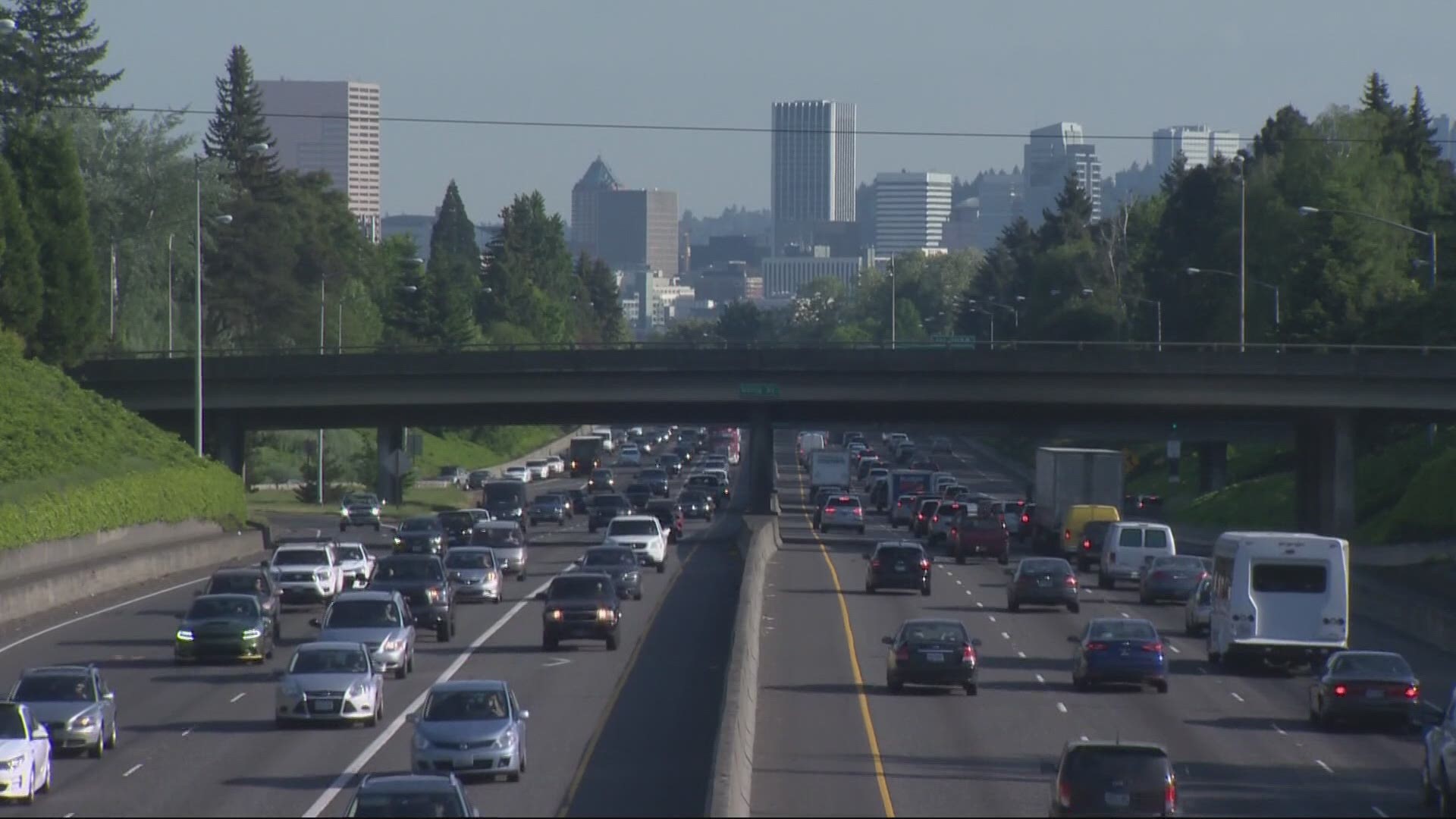 PORTLAND, Ore. — A year into the pandemic, a lot has changed. There's a vaccine now. Many people are working at the office again and driving more frequently. Oregon environmental officials said that shows in the state's current air quality, which is similar to what it was before the pandemic. In March 2020, traffic and vehicle emissions dropped by about 50% following the governor’s stay-at-home order.

“It wasn't long-lasting,” said Ali Mirzakhalili, air quality administrator for the Oregon Department of Environmental Quality. "What we've seen is the level of pollution has come back up.”

Mirzakhalili said even though it was short-lived, the reduced environmental impact provided a data-based answer to a long-asked question.

“If we manage to get cars off the road, what happens to air quality? With this experiment, we saw that," he said.

So what does that mean long-term?

A big clue is coming out of Portland State University. They're conducting a study in conjunction with the city of Hillsboro, led by PSU graduate student T'sai Cookey. The study monitors traffic levels on I-5 near Tualatin and shows that even slightly reduced traffic may have environmental benefits.

RELATED: Under bill, new Oregonians could get a driver's license without taking written test

“Traffic levels are starting to come close to what the 2019 levels were,” said PSU Environmental Science Professor, Dr. Linda George. “But what's interesting is how 'close to' makes a big difference in terms of the traffic we experience.”

George said even the estimated 10% reduction in traffic they’re seeing compared to pre-pandemic days is enough to reduce congestion. She said that's a big key to better air quality.

“There's a lot more emissions from cars when it's stop-and-go,” said George.

The study also showed that just 10% traffic reduction was enough to keep rush hour traffic flowing near 50 miles per hour.

With that in mind, Mirzakhalili said some state employers are encouraging people to continue working from home when possible, even after the pandemic. They’re also asking them to consider carpooling and public transportation.

“I think those are good behaviors,” said Mirzakhalili, “We can adopt them long term.”