Red port-a-potties have been popping up around Portland. Some neighbors have questions about whether they were put in the right places to serve the right people. 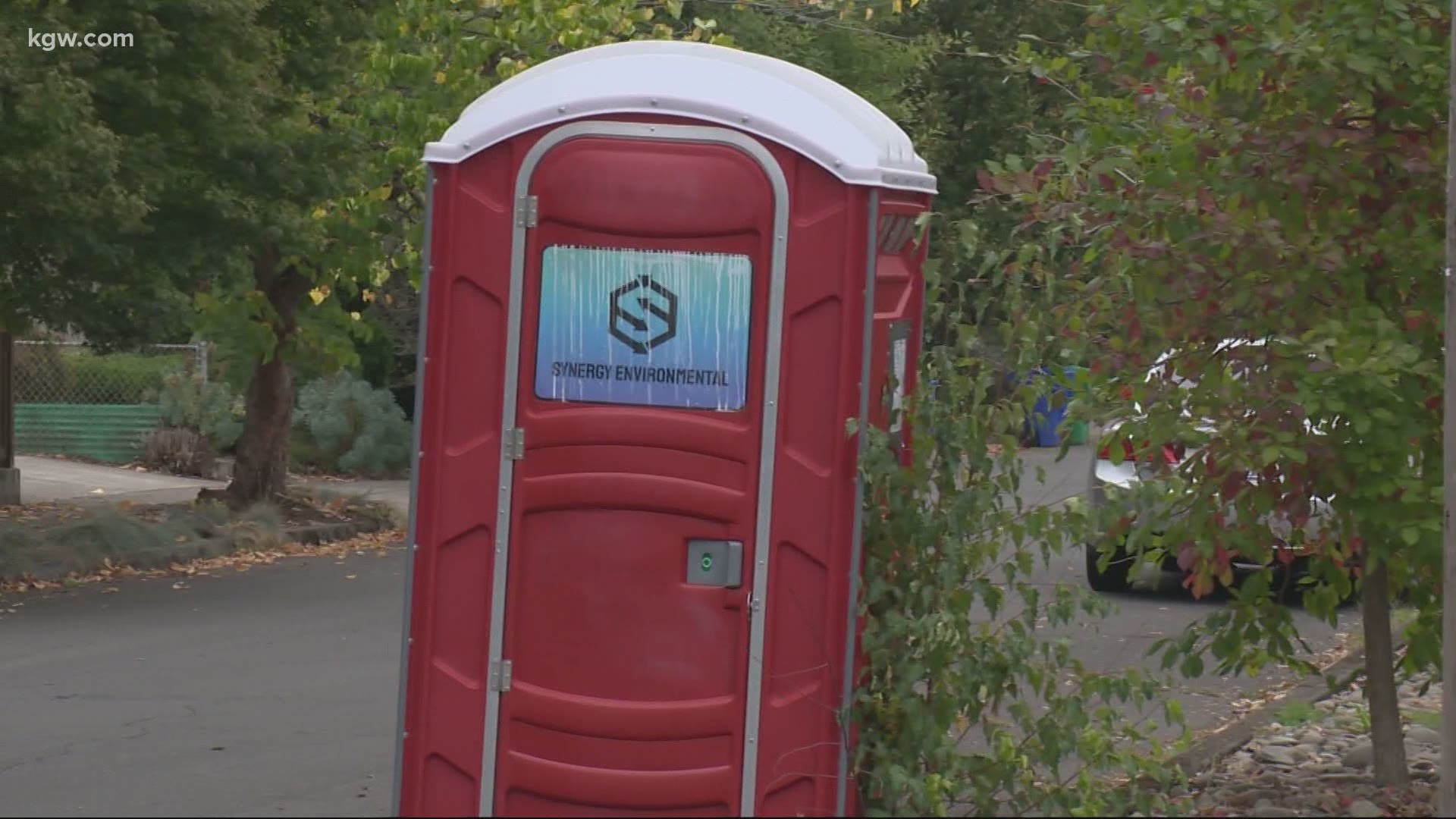 PORTLAND, Ore. — In an effort to make up for all the public restrooms closed during the pandemic, Portland officials have placed more than 100 portable toilets and handwashing stations across the city.

And city staff admit they’re not being well-received.

“We are getting dozens of angry emails from community members about the port-a-potties,” wrote Heather Hafer in an email to KGW last week. “The units are constantly getting vandalized and stolen. We are having to replace them on a regular basis.”

Hafer, the senior management analyst for Portland’s Office of Management and Finance, said currently there are 103 portable toilets placed in various locations across Portland, in addition to 22 handwashing stations.

The city started dispatching them last month, leasing each one for $100 per month and, for now, servicing them as needed.

Hafer wrote more staff are getting trained to help the city meet its eventual goal of servicing them six times per week.

The rationale for rolling them out quickly and efficiently, she wrote, was simple.

“The placement of portable toilets around our community is for the health and safety of everyone, not just those experiencing homelessness. It is critical to limit the amount of human waste on the streets – especially during a global pandemic,” she wrote. “We are absolutely in the middle of a health crisis, and these portable restrooms and handwashing stations are one way we are helping to reduce the transmission of this deadly virus.”

Brea Ariola has fewer questions about the plan as a whole than she does about the locations chosen.

The wife and mom was walking her young son through their Southeast Portland neighborhood a few weeks ago when she noticed a large red port-a-potty on her neighbor’s street at Southeast 53rd Avenue and Pardee Street.

She had no clue where it came from.

“I also noticed that had graffiti all over it, specifically saying ‘Mayor Wheeler, no toilets in front of people's homes,’” she said. “[That] got me thinking that this wasn't a construction toilet.”

Ariola noticed the city permit attached to the side and called the phone number provided.

“I wanted to know why the decision was made to place a port-a-potty on a small side street, in a neighborhood,” she said, noting there were no homeless camps for several blocks. “I believe that every single human being has a right to clean water has a right to a safe place to use the bathroom and has right to basic hygiene … What I don't understand is who this toilet is being put here to service?”

Hafer said the same question has been posed about multiple sites.

“Locations were selected based on the location of existing homeless encampments, interviews with people living in encampments, an audit of all existing public restrooms (i.e. restrooms in public parks), an assessment of human waste and a thorough staff analysis,” she wrote. “All three full-time Homelessness and Urban Camping Impact Reduction Program staff made independent recommendations, and those were compared with one another. Those recommendations, along with other collected data, were used to determine locations for portable toilets.”

She added the city is keeping a live map online, updated with locations and repair statuses of portable toilets and handwashing stations.

Ariola’s neighbors, who declined to be interviewed last week, said the port-a-potty outside their home is getting used the most, not by people experiencing homelessness, but by delivery drivers.

“What it's about is putting the resources where they are most needed, putting them in the encampments, putting them over by Woodstock park,” she said. “It's not serving the people that I think are intended to be served by this.”