However, under-pavement sensors or other technology can allow red-light cameras to capture speeds in addition to drivers running intersections. 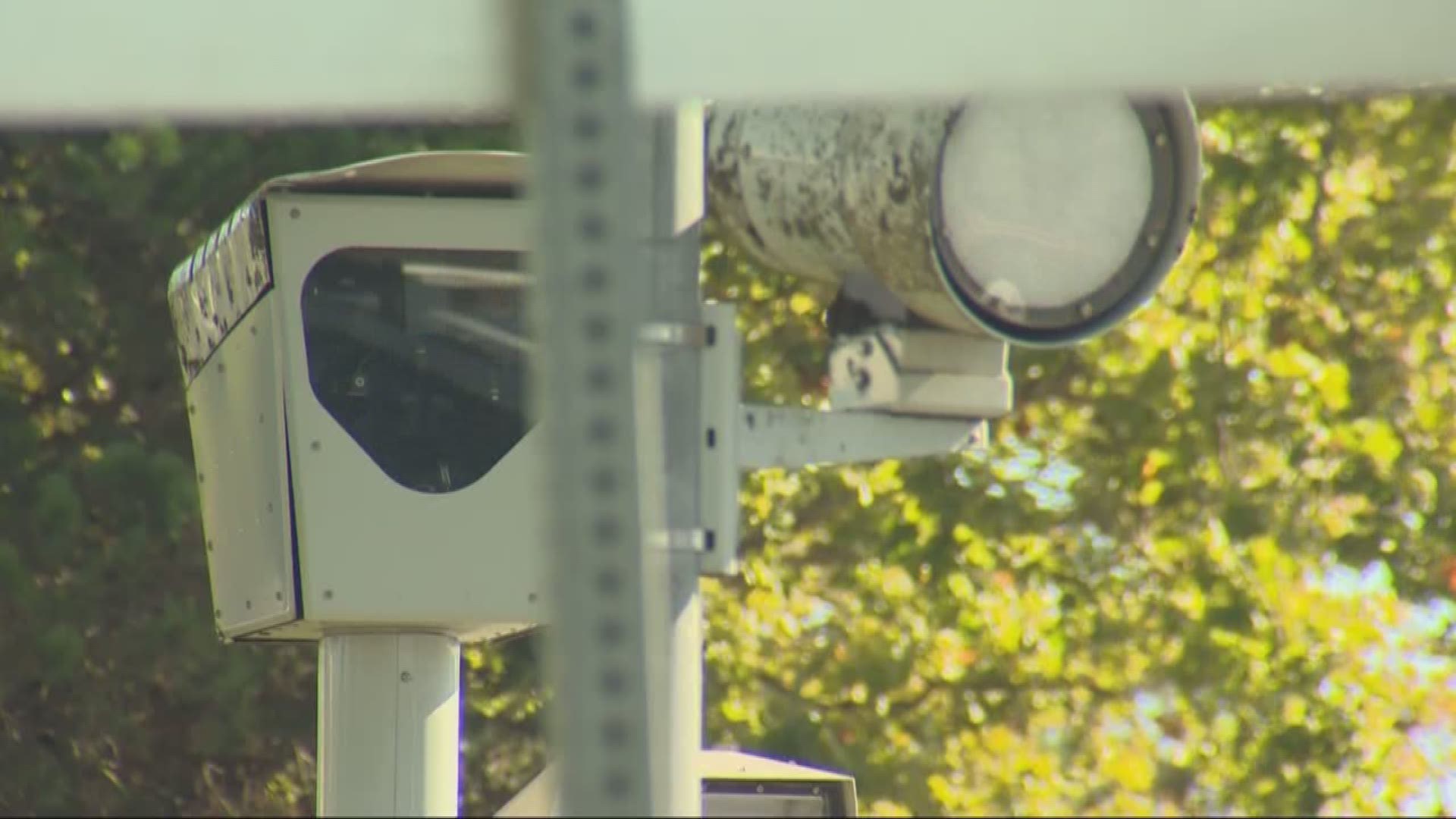 However, under-pavement sensors or other technology can allow red-light cameras to capture speeds in addition to drivers running intersections.

A law passed in the legislative session allow local governments to do both.

The city of Beaverton has a system that allows its four intersection cameras to capture speeds.

City officials found that, over the past year, more than 90,000 drivers went through those intersections at speeds more than 10 miles over the posted limit.

As envisioned last spring during debates on the bill, Beaverton will be the first to implement the system and expects to collect on about 30,000 citations during fiscal 2018, according to the Legislative Revenue Office.

Portland, Sherwood and Medford would go online next, followed by Tualatin and Fairview. Bend and Grants Pass would begin in late 2019. Portland has speed cameras on Beaverton-Hillsdale Highway and just recently in outer Southeast Portland.

The city of Salem has three red-light cameras: At Commercial and Marion Streets NE; at Mission and 25th Streets SE; and at Silverton and Fisher Roads NE.

Citations from those cameras brought in $422,264 in fiscal 2016, Salem Police Lt. Dave Okada said. The city pays the camera company a flat fee of approximately $175,360 per year.

Salem has not considered adding technology to measure speeding, he said.

The bill was supported by the Oregon Association of Chiefs of Police, the League of Oregon Cities, the pedestrian-safety group Oregon Walks, and the bicycle safety group The Street Trust.