Woman who grew up in Oregon faces deportation

Rebecca Trimble has spent all but three days of her life in Oregon, Washington or Alaska. Now, the wife and mother of two is facing deportation. 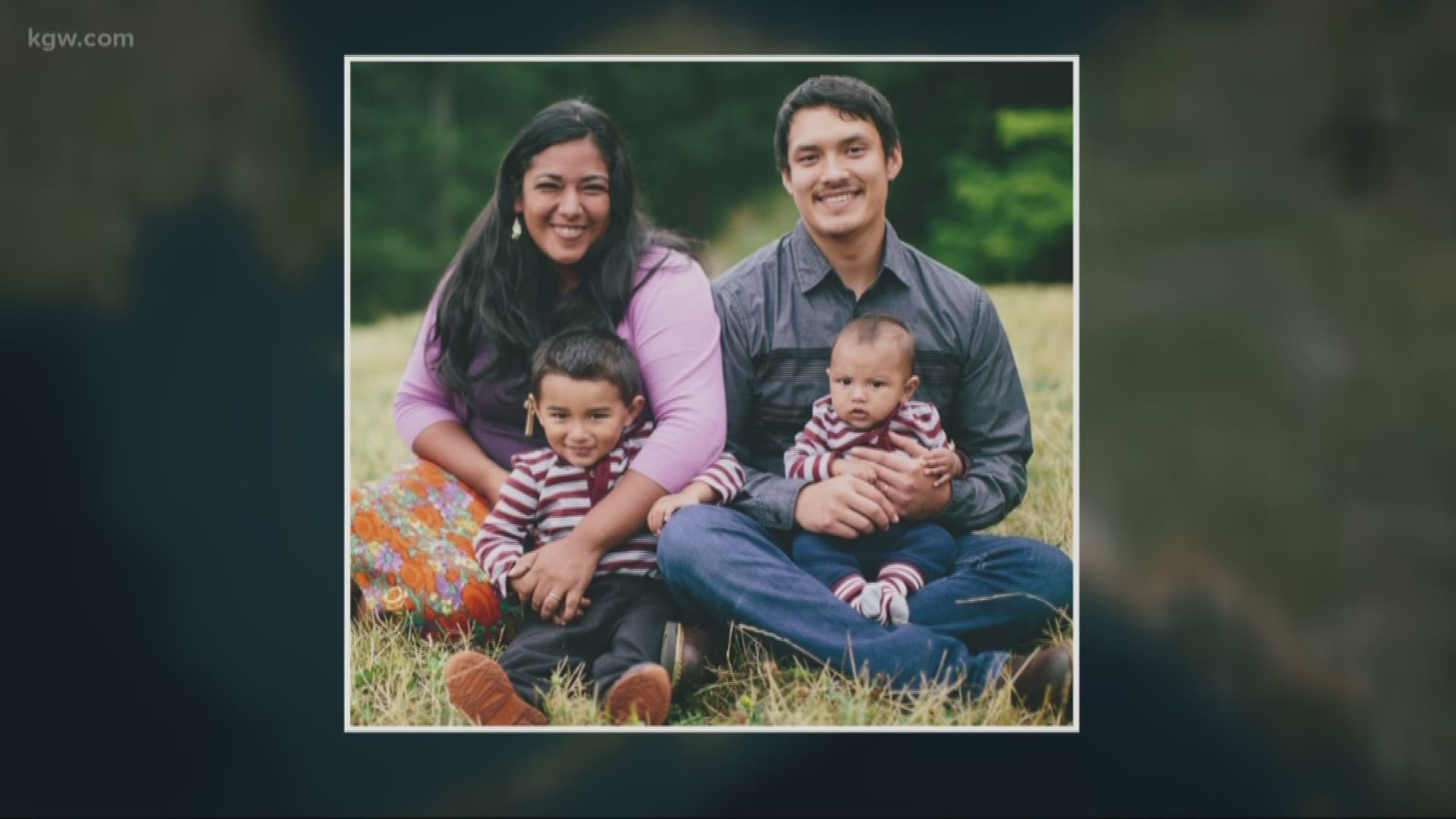 PORTLAND, Ore. — A woman who grew up in Oregon is facing deportation after receiving a letter from the United States Citizenship and Immigration Services.

"I'm beyond words for what I'm feeling," Rebecca Trimble said from her current home in a remote town of Alaska.

Trimble is in disbelief over her uncertain future. It can most certainly be traced back to when she was born. Trimble was born in 1989 in Mexico. Her birth mother was only 12 years old at the time. A couple from Oregon adopted Trimble and moved her to the Salem area just days after her birth.

"They thought they had done everything right," said Trimble. "They had gotten all the documents and they were waved through the border."

It was not until many years later that things started to unravel. In 2008, Trimble voted in the presidential election. In 2012, Trimble applied for a REAL ID, but she was rejected because she did not have the right documents. In 2016, Trimble filed an I-485, Application to Register Permanent Residence or Adjust Status. In 2019, Trimble found out the application was denied on the grounds that she was not a U.S. citizen and voted illegally back in 2008.

"She's exactly the kind of person every community, every state, and every country should be excited and honored to have," said Alaska State Rep. Tiffany Zulkosky.

Zulkosky is advocating for Trimble because in mid-February Trimble received a letter from the United States Citizenship and Immigration Services saying she had 33 days to leave the country. Trimble needs to return to Mexico, but she does not even have a legitimate birth certificate from Mexico.

"Like when I talk to people about it they're like, 'it sounds like you're a refugee from Africa and somebody who doesn't have documented citizenship anywhere,'" said John Trimble, Rebecca's husband.

Credit: Trimble Family
Rebecca Trimble with her husband and kids

That is the new reality for the wife and mother of two, who has spent all but three days of her life in Oregon, Washington, or Alaska, and is now facing deportation.

"This is all I've ever known," said Trimble. "I wouldn't even know what to do besides cry for help."

Trimble's 33 days are up in mid-March. She and her family are not sure what will happen.

KGW will provide updates to this story as they become available.