This system, where candidates are ranked by voters and must gain at least 50% of the vote, is gaining in popularity nationwide. 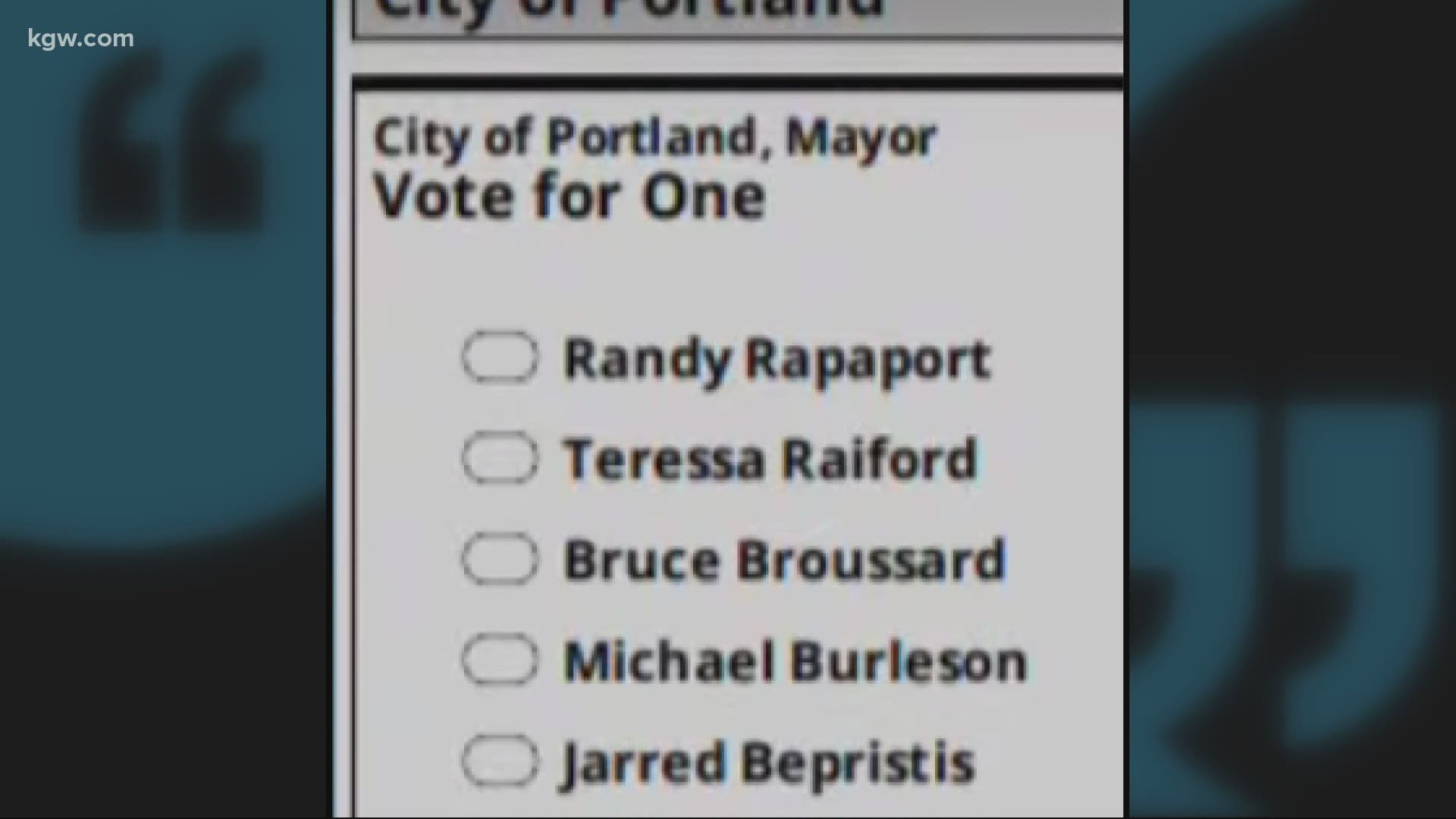 PORTLAND, Ore. — Many American voters have long been disillusioned with the two-party system but see voting for a third party as throwing their vote away. This is because the U.S. largely uses a “first-past-the-post” voting system where the candidate with the most votes wins, making it nearly impossible for third parties to break away from the fringe.

Faced with widespread political polarization, some Americans see ranked-choice voting, or “RCV,” as a potential way to address political divides and gain better representation. This voting system, where candidates are ranked by voters and must receive a majority of votes, is debuting for the first time in Oregon in Benton County’s November race for county commissioners.

In Benton County, voters passed Measure 2-100 in 2016, installing RCV for county races by a 54.18 to 44.82% margin. State Rep. Dan Rayfield of Corvallis and attorney Blair Bobier co-petitioned the measure and are shooting for a statewide initiative next.

“We wanted to have a local example of what it could look like in Oregon and get other folks in Oregon excited about it,” Rayfield said.

I’ve been working and advocating for #RankedChoiceVoting for more than a decade. It’s exciting and very meaningful to finally rank my vote this year in Benton County! pic.twitter.com/0ZbPHGYEPY

Three candidates are running for each of the two county commissioner seats in Benton County, and Rayfield said that RCV has already encouraged more diverse candidates to run because they will not spoil the vote for other candidates. Libertarian, Pacific Green and Progressive Party nominees are now on the county’s ballot.

Rayfield is currently working to build a coalition of people interested in Oregon electoral reform and pushing RCV bills in the 2021 legislative session. They could potentially try to implement RCV in presidential primaries in Oregon, where candidates often win by less than 50%, or in non-partisan races.

So, what exactly is ranked-choice voting and where is it used?

With RCV, voters have the chance to rank their top candidate picks. When the ballots are in, if one candidate clearly has over 50% of the vote, that candidate will be the winner.

Unlike first-past-the-post voting, RCV is designed to build consensus and elect candidates that are the most acceptable to the widest number of people possible. It also has the potential to counter polarization by giving candidates an incentive to appeal to voters who may not rank them as their first choice but could rank them as their second.

Ranked choice is used on the federal level in only one state — Maine — but is used on the local level in cities like San Francisco, Cambridge, Mass. and St. Paul, Minn. RCV will even be implemented with New York City’s local elections in 2021.

The system has been championed by candidates like Andrew Yang and Elizabeth Warren, who recently wrote an op-ed for the Boston Globe endorsing a RCV measure on the ballot in Massachusetts. Voters in Alaska will also decide this election season whether or not to implement RCV for federal elections, including presidential ones.

Versions of this system are used on the national level in Australia, Ireland, Malta and Papua New Guinea. But, in the U.S., this kind of voting has historically gained traction in times of political polarization and fragmentation.

What are the benefits and drawbacks of ranked-choice voting?

Benjamin Gaskins, associate professor of political science at Lewis & Clark College, said that ranked choice is especially attractive to voters when they are fed up with the two-party system.

“Many Americans see the two-party system as corrupt. as limiting their options,” Gaskins said. “So the ability to expand that (party system) without feeling like they are going to waste their vote on a hopeless candidate or hopeless party is appealing to a lot of citizens who really want their vote to count, but also want to express an opinion or a position that is outside of that two-party norm.”

Although critics of RCV question whether or not this system actually reflects underlying preferences, since it assumes that voters actually did the research to rank their choices.

“You have to assume that the average voter not only knows which candidate they like the best, but can accurately rank all the other candidates or their top three candidates — and that's asking a lot of the average voter for whom just choosing their favorite candidate may be really challenging and hard to come by,” Gaskins said.

In her op-ed, Warren makes the point that voters are not required to rank multiple candidates under this system; they can still vote for one candidate and leave the other options blank

“If that voter’s choices don’t make it into the final round, then that voter is no worse off under RCV than under the current system,” she wrote.

Though Rayfield, the Oregon rep., encourages voters to rank all of the candidates so their preferences are clear. He said that Benton County has done well informing voters about how RCV works, enlisting Sam Sasquatch to explain the system on the new Benton Better Ballot website.

Rayfield also said that the Benton ballot provides enough information about RCV that his nine-year-old son was able to understand it.

“I figure if my nine-year-old can do it, we’re going to be in good shape (this election),” Rayfield said.

The jury is still out on how RCV will affect voter turnout in Oregon or citizens’ trust in the electoral system. Although we do know that this system, if incorporated on a larger level, could slow down the ballot counting process, much like we may see this year with the use of mail-in ballots.

But this system could save voters and candidates time by eliminating the need for run-off races. For example, if the Portland mayoral race used rank-choice voting, there would have been a decisive majority winner in the May primaries, and there would have been no need for the run-off election between Mayor Ted Wheeler and challenger Sarah Iannarone.

Ultimately, Gaskins said ranked-choice voting will not solve the problem of political polarization, though it could be a start, and it may be one of the best options we have with our current political system.

As he puts it, “If we're stuck with the presidential system and the direct election of representatives and senators, but you want it to be fairer, less polarized and more open, ranked-choice voting is one of the only real mechanisms that will kind of replicate our current system, but solve some of the problems associated with first-past-the-post voting.”