Crews with John’s Waterproofing are busy answering calls about flooded basements and crawl spaces. They advise homeowners to check those areas. 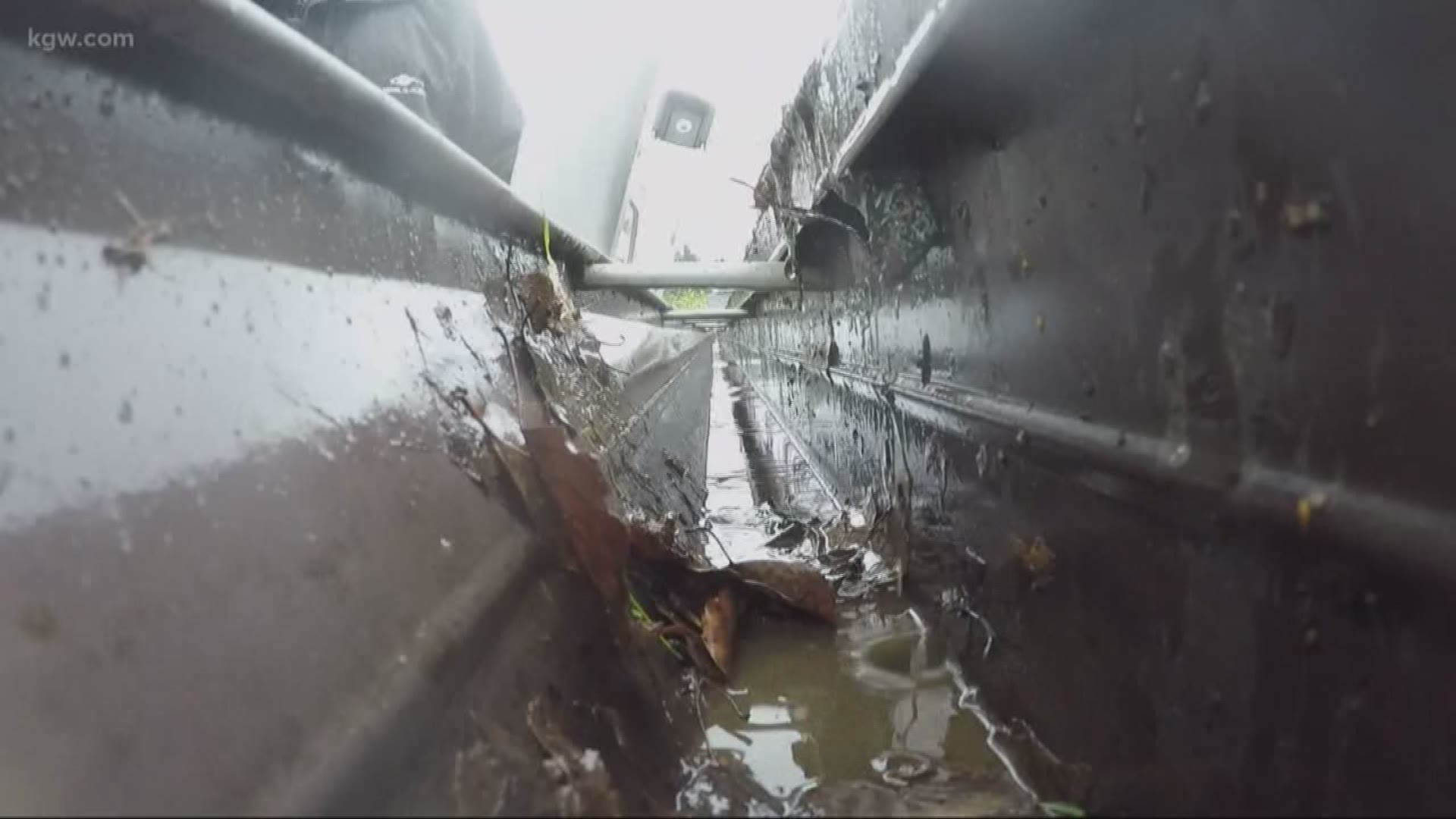 PORTLAND, Ore. — Days of rain and warm weather are causing issues all around Oregon and Washington. On top of landslides and street flooding, many homeowners are also dealing with water damage headaches.

Nadrin and his co-workers have been inundated with calls for water damage in basements and crawl spaces.

“A lot of flooding. Just with all the rain we've had, even on the sides of the streets,” he said.

Many homeowners don’t realize there is a problem with rainwater leaking into their homes until it’s too late, according to Nardin.

“When it’s a little bit drier people tend to put things off. They’re not really focused on it, out of sight out of mind, and then as soon as it starts leaking it just becomes an emergency,” he said.

Water damage is easy to spot in the basement; wet carpet, water coming in from the walls, and a musty moldy odor. However, crawl spaces can be a bit trickier, simply because homeowners are less likely to spend a lot of time in them. That’s why Nadrin urges all homeowners to check their crawl spaces during rainy months.

Avoiding damage, and the costly repairs that come with it, starts with your gutters, according to Nardin. Step one, make sure your gutters are clear. Step two, check that your downspouts are directed away from the home.

“Unfortunately, when it's raining like this – not a lot of people go outside and pay attention to what's going on. But if all the collected roof water is going right next to the foundation it's going to lead to something,” Nardin said.

Another tip is to have your sump pump inspected. Many homes have what Nardin calls “handyman installed” or “Do it yourself” sump pumps in the home. He advises homeowners call a professional before the rainy season starts to make sure it is functioning properly.

RELATED: January has been the wettest month in Portland in nearly 3 years