Snakes in a park? 8 pythons captured in Camas

Police said authorities assume the snakes were dumped in the park by someone who owned them as pets. 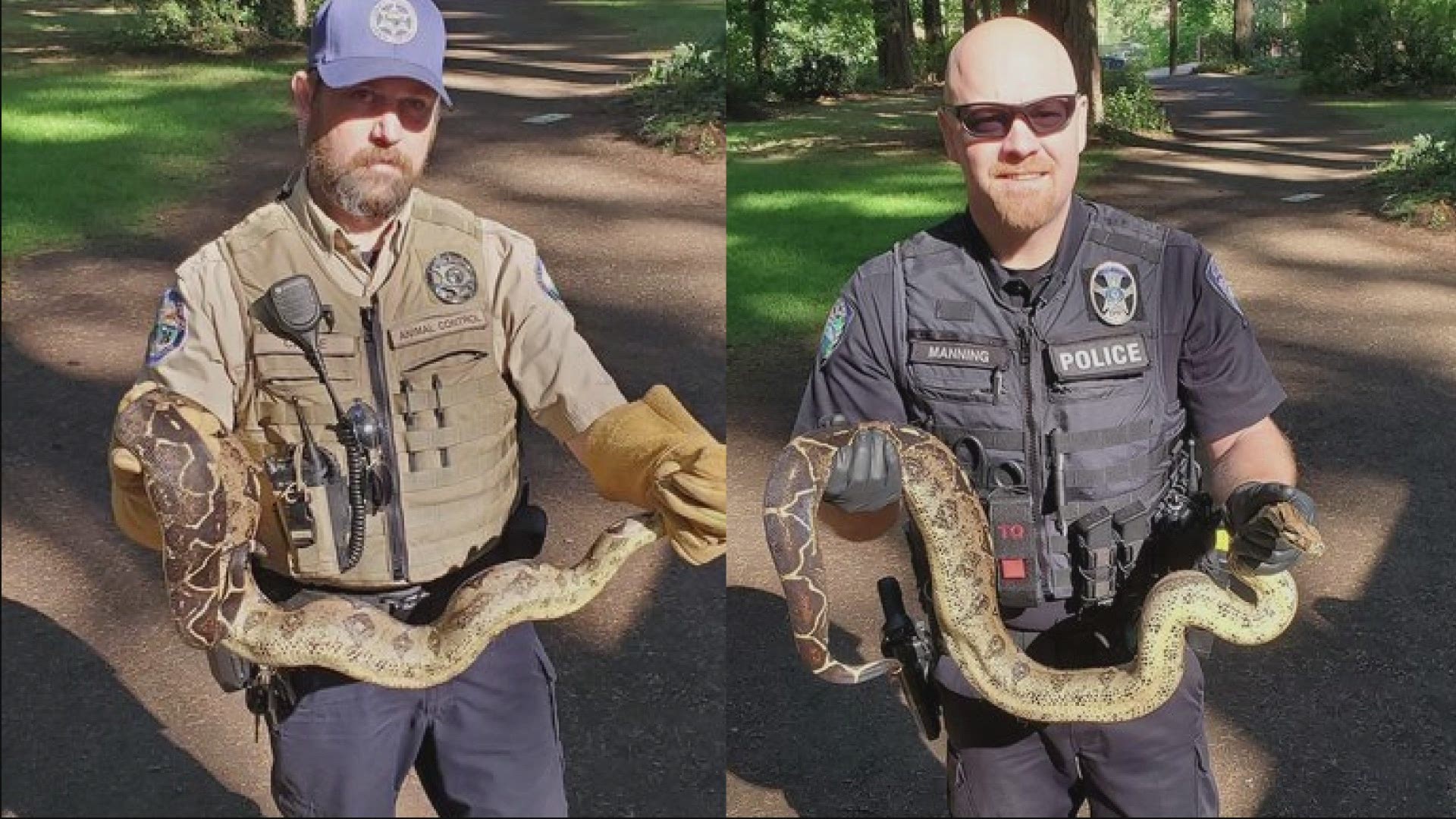 CAMAS, Wash. — Wildlife is to be expected in any natural area, but officers responded to a scene in Camas Thursday that looked more like a 2006 action movie.

Police and animal control officers captured and removed eight python snakes from Lacamas Park. Police said the snakes were found near the parking area at Round Lake.

Police said the snakes ranged in size from approximately 3 feet to more than 6 feet long. Python snakes are not venomous.

Camas police said officers performed an extensive search of the immediate area and did not find any more snakes.

Because the snakes are not native to the Pacific Northwest and are usually owned by individuals, police said they assume the snakes were dumped in the park by a previous owner.

In a tweet, the City of Camas account pleaded, "Folks please do not release pets into the wild!"

You’ve heard of other duties as assigned, well maybe not like this! With the help of Animal Control, Camas PD helped remove 8 python snakes from a Camas Park today. Folks please do not release pets into the wild! pic.twitter.com/dQ324trk9z

The snakes were transported to an animal shelter and will potentially be re-homed.