'Put yourself in their shoes': Woman shows the other side of Portland's RV problem

"It can't all be grouped together. Not every person that lives in an RV is a drug addict or is mentally ill. It perpetuates the hatred toward the homeless and toward the less fortunate." 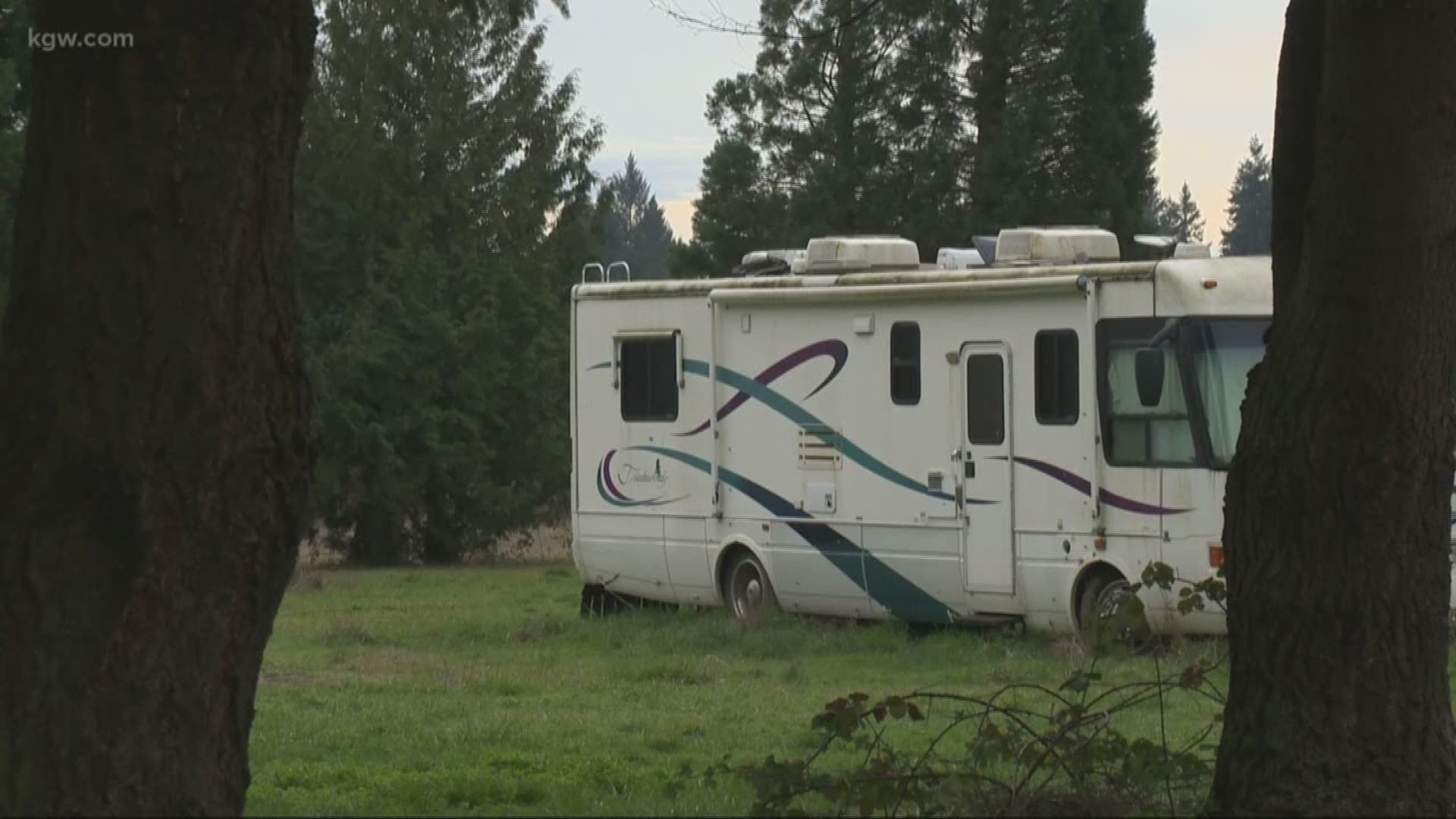 AURORA, Ore. -- Three years ago, Laura Bliss and her husband Steve didn’t have to limit their footprint to 250 square feet.

With Laura working part-time and Steve working full-time, they were able to make rent on their townhouse in Beaverton.

Then, one day they got a notice. Rent was going up, and they had to make a choice between living in an RV and being homeless on the streets of Portland.

The couple drove to Coos Bay for a night of camping in an RV. From there, the choice was clear.

Laura and her husband now live in a rural, decades-old RV park in Aurora, where they pay a monthly rent of $450.

Her husband commutes to his full-time security job in Portland.

Laura wrote to KGW after seeing a story a few days prior about a homeless man accused of attacking someone for photographing his RV.

She said she understands the fear neighbors there felt, but she added horrific stories surrounding RV life are not the only ones worth telling.

“It can't all be grouped together. Not every person that lives in an RV is a drug addict or is mentally ill,” she said. “It perpetuates the hatred toward the homeless and toward the less fortunate.”

The issue of RV and car camping has been grabbing headlines in and around Portland for years, just as it is in other west coast cities like Seattle and the Bay Area.

Representatives from the Portland Bureau of Transportation say they receive more than 100 reports per day of illegally parked or seemingly “abandoned” vehicles. Many have people living inside.

Over the summer, city officials announced new, tougher policies surrounding when and why RVs could be legally towed.

Laura said she hopes policies like that continue, especially as people get to know the different faces of those who live in RVs in Portland.

“Put yourself in their shoes because you're all one paycheck away from it happening,” she said.