Conner Slevin says he broke two vertebrae after getting caught up in a rogue wave. 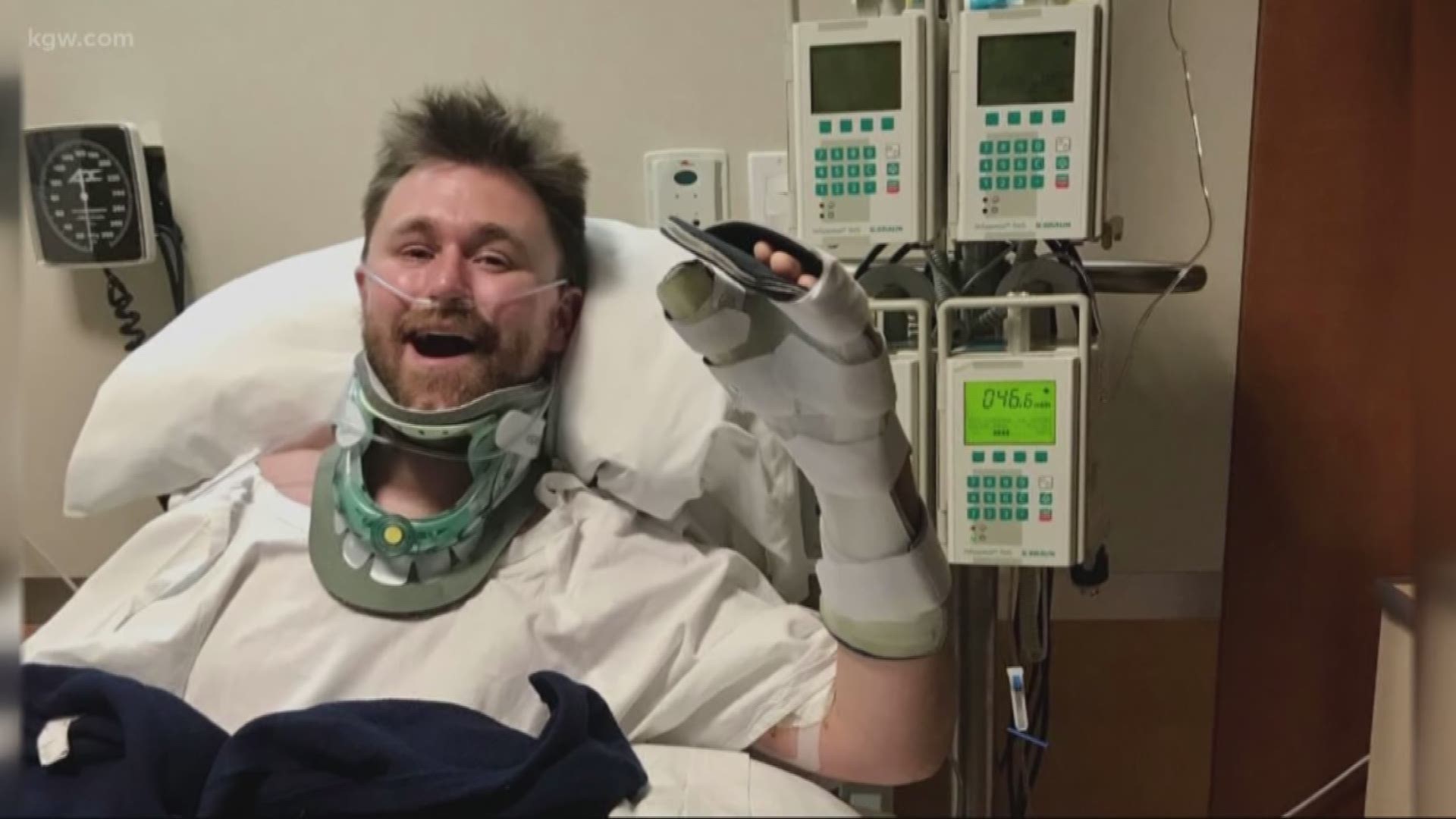 The community is rallying around a Portland bartender who is hospitalized in Mexico.

Conner Slevin is a bar manager at Loyal Legion in Southeast Portland. He has been noticeably absent for several weeks.

"All of our hearts sank a lot when we heard about that," said Adam Keefe, general manager at Loyal Legion. "Everyone was really worried."

Slevin has been in the hospital in Mexico since Jan. 22. It is a day the 29-year-old will never forget.

"It's one of those moments you don't like to have clear recollection of," said Slevin. "The sound of your bones breaking."

Slevin says he was swimming in the ocean off Puerto Escondido when he got caught up in a rogue wave. Slevin came down on his neck and broke his C4 and C5 vertebrae.

"I was completely paralyzed from the neck down until the surgery," he said. "No feeling or sensation or ability to move."

Two weeks have passed since the surgery. Slevin has regained limited mobility in his arms. His prognosis is unclear. What is clear is that Slevin's recovery will be daunting, but he is up to the challenge.

Credit: Jane Morgan, Conner Slevin's girlfriend
Conner Slevin is making the best of it in the hospital.

"It's so easy to be so positive when I know so many people are so supportive," said Slevin. "There's been such an amazing outpouring of love and support."

A lot of that love and support is from the team at Loyal Legion. They miss their friend and they are hoping for the best.

"He's the most positive of guys," said Keefe. "Even with this whole thing happening he was way more positive than all of us, way more optimistic."

A Go Fund Me has been set up to help with Slevin's medical expenses. A benefit is also scheduled for Feb. 9 at Coopers Hall.