PSU study pinpoints workplace incivility, which is rising during the pandemic

From rude comments to interrupting and ignoring, workplace incivility is driving some people to find new workplaces. PSU researchers worked to discover the cause. 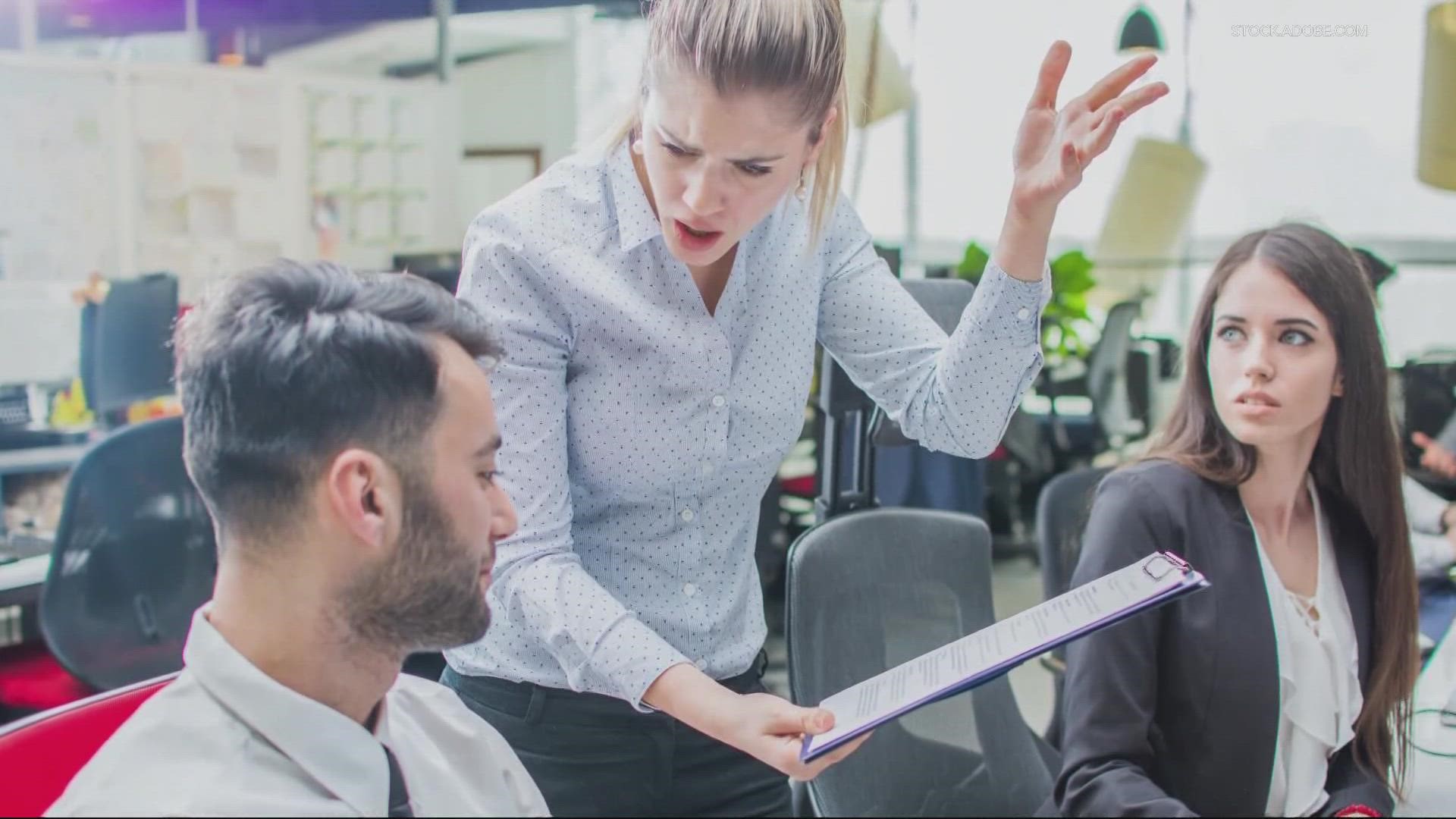 PORTLAND, Ore. — A new study by Portland State University (PSU) researchers pinpoints the source of workplace incivility, which is rising during the pandemic.

Lauren Park is an HR research scientist and recent Ph.D. graduate from PSU. She helped put together the metanalysis, compiling research from other studies to find common threads.

"[Workplace incivility] is behaviors that are characteristically rude and discourteous, but are also kind of ambiguous," Park described. "Like interrupting and excluding people."

Larry Martinez, associate professor of industrial-organizational psychology at PSU and co-author of the study, said since the start of the pandemic, some of that incivility has grown in a virtual setting.

However as people head back to in-person workplaces, they are less equipped to handle these problems.

"People have gotten used to not having to engage in interpersonal communication as much," Martinez said. "People are out of practice, not having to have difficult conversations."

Other examples of uncivil workplace behavior include criticizing someone in public, withholding important information, arriving late to certain meetings, checking email or texting during conversations, or ignoring or interrupting a colleague.

Because some of these things are not blatant HR violations, both researchers said people have a difficult time identifying them.

"If someone's racist to you, it's easy to say, 'That's not a 'me' problem, that's a 'them' problem,' whereas uncivil behavior leads to a lot of worry and self-doubt," Martinez said. "Trying to figure out what happened. Was it you? Was it them? Are you interpreting the situation correctly?"

The study took a different approach than most, looking not only at how targets of incivility felt, but why instigators acted the way they did.

Park explained incivility can sometimes stem from people simply not feeling well or having enough sleep. Others are responding with incivility after experiencing it from someone else.

"Kind of creating this spiraling effect," Park said. "They're at a high risk of starting these vicious cycles."

In a remote-working world, Park and Martinez said incivility can more easily go unchecked as people hide behind Zoom boxes or chat messages, which remove a lot of key body language and tone of voice context clues about intent.

"We're just not used to unpacking those feelings with one another because it's easy to turn the Zoom off and go about your day," Martinez said.

Both Park and Martinez said the study highlights the need for organizations and employers to take cases of incivility seriously. Otherwise, employers face losing workers.

"Providing support is not only the right thing to do, but it stops that behavior from spiraling through the organization," Park said. "[If] leaders are looking out for this behavior and modeling civility themselves, that will really help address this in organizations."

The study was published in the Journal of Occupational Health Psychology.

RELATED: US employers ratchet up the pressure on the unvaccinated