Students in favor of disarming campus police held signs and spoke in front of the Portland State University Board of Trustees. 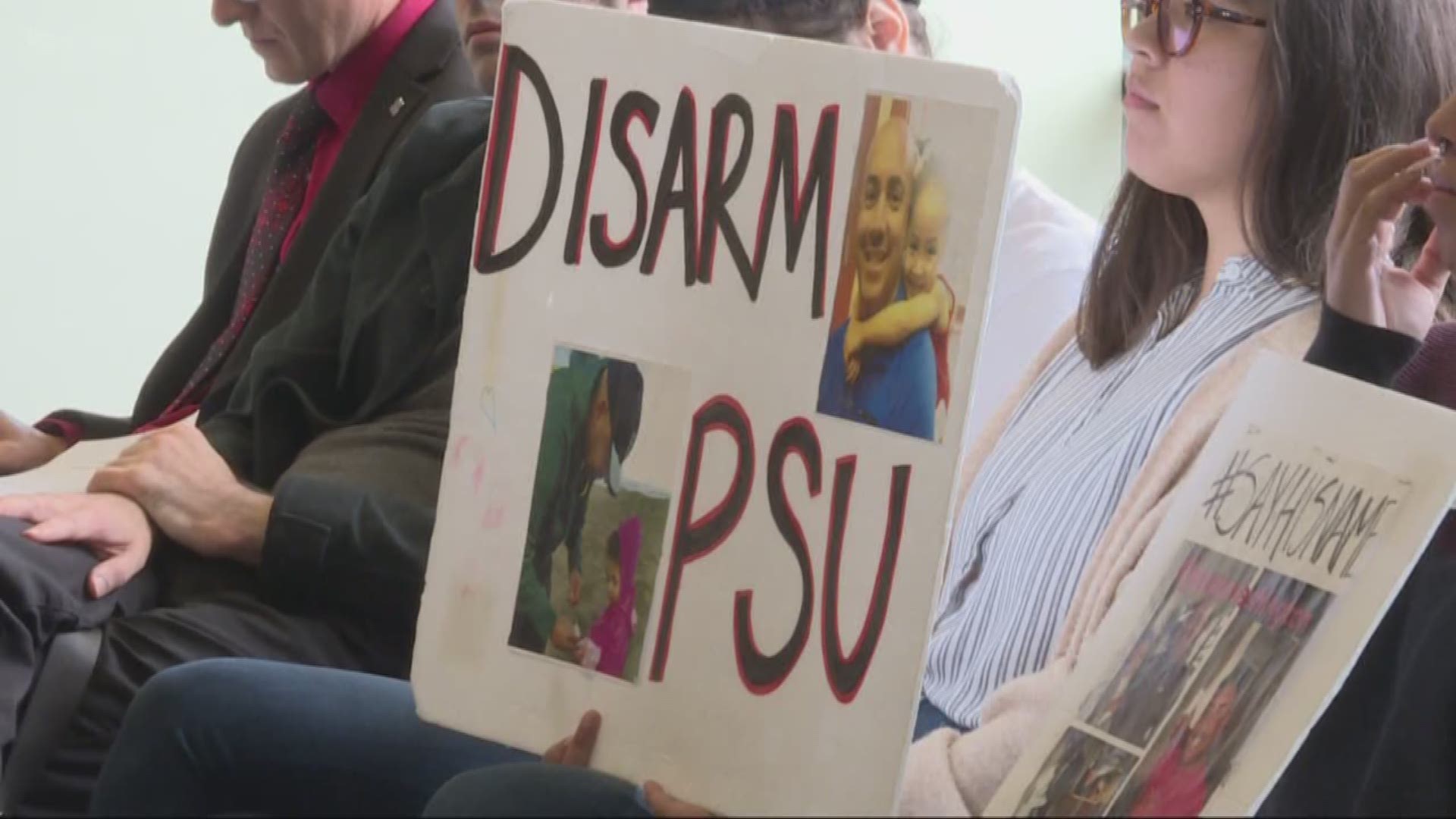 PORTLAND, Ore. — Portland State University students rallied at a Thursday board meeting, calling for campus police officers to be disarmed.

“Police with guns are ticking time bomb,” said Olivia Pace, one of the students who spoke in front of the Portland State University Board of Trustees.

Students in favor of disarming campus police held signs and spoke at the board meeting. They said they believe it has taken far too long for university leadership to take action.

The most recent debate over disarming campus police started nearly a year ago when PSU officers shot and killed Jason Washington.

Washington was breaking up a fight when a gun fell out of his pocket.

He had a concealed carry license but police shot him when he tried to pick up the weapon.

“We have been saying this is dangerous, that someone will get killed, and we were right,” said one student as he testified in front of the board.

At Thursday’s board meeting, multiple students spoke directly to trustees, voicing their frustration with the lack of decision making on the issue.

“We feel like the longer the university pushes this off to more and more committees and more and more third parties, the issue will kind of just dissolve,” said Pace.

Earlier this year a report, commissioned by the university, found that more than half of students and faculty supported disarming campus officers. That same report also recommended keeping campus police armed.

A press release from PSU said the board did not make any decisions on whether to disarm campus officers. PSU’s Interim President, Stephen Percy, said he will take time this summer to review campus safety and make recommendations to board members in the fall.