Providence, in a release, said the donation is "one of the largest gifts ever made to a community hospital." 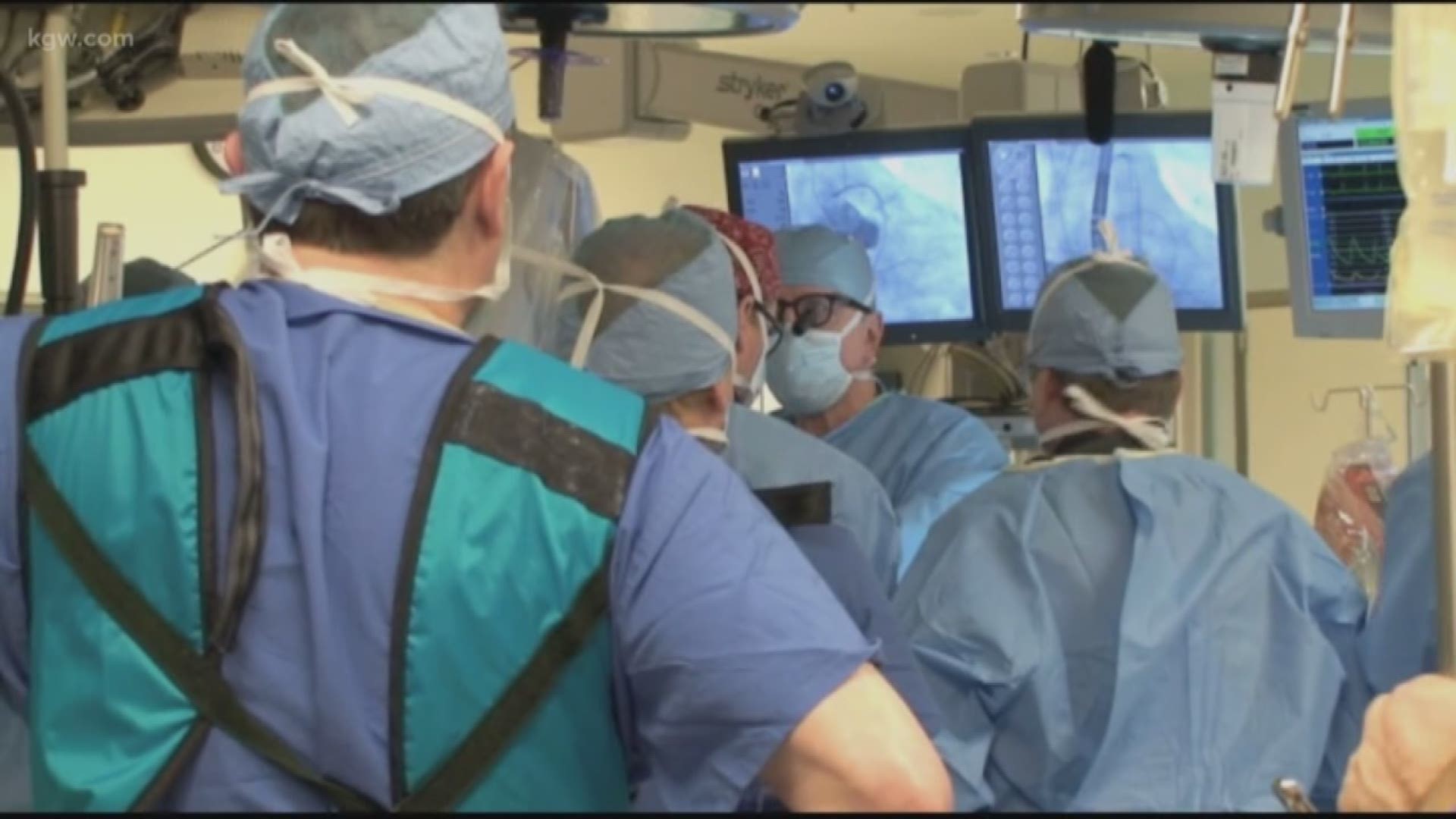 PORTLAND, Ore. — Nike co-founder Phil Knight and his wife, Penny, have given $75 million to Providence Health & Services to develop a heart transplant program.

Providence Heart Institute collected the gift "to support continued growth and innovation in cardiac services, including the development of a heart transplant program at Providence."

Providence, in a release, said the donation is "one of the largest gifts ever made to a community hospital." The Knights also gave $25 million to the institution in 2014, a gift that was matched by other donors as part of a $50 million campaign.

"The transformational gifts from the Knights, along with thousands of other donors further accelerate ongoing advancements and world-class care at Providence Heart Institute," Providence said in the release. "Through their generosity over the past five years, the institute has focused on three centers of activity to support health and innovation: clinical care, prevention and wellness, and research and innovation."

Providence announced the gift on Thursday. The move comes after OHSU suspended its heart transplant program indefinitely last September, after four transplant cardiologists quit for reasons that remain unclear. The university launched an outside peer review in December to figure out what went wrong.OHSU and Providence had discussed a partnership regarding the program earlier this week.

However, as Providence was announcing the Knight's gift, OHSU sent a press release announcing that it is reactivating its own heart transplant program.

The release went on to say "today, OHSU is the only heart hospital in Oregon with advanced experience treating adults born with heart disease and those with inherited disease affecting the heart muscle (such as hypertrophic cardiomyopathy) — all conditions that can complicate care for these highly vulnerable patients."

Providence, meanwhile, has been taking hundreds of heart failure patients that would have been seen at OHSU. An initial cohort of about 350 post-transplant patients who needed immediate care was shifted to Providence, which has the most expertise in the region. Providence stopped doing heart transplants around 2011 because of low patient volumes.

"This is not a new program: It builds on years of excellence," said Lisa Vance, Providence's CEO. "This decision is for the people of Oregon. It's not about money or ego. It's about caring for the community."

Another 50 patients who are either not ready or not eligible for heart transplants and have heart pumps have also been incorporated into Providence’s care teams, said Dr. Dan Oseran, the institute’s executive medical director.

Providence hired additional support staff and “borrowed” others from OHSU, Oseran said. A sixth advanced heart failure specialist is expected to come on board this summer.

Vance added that Providence continues to have discussions with OHSU about ways to build the transplant program.

OHSU has consistently said it plans to rebuild the program. Twenty patients were on the wait list for transplants at the time it suspended the program, several of whom subsequently received transplants at other centers out of state.

Vance said the partnership discussions between the two sides took place as late as Monday.

"The feeling is that we were farther apart than we thought," Vance said.

Asked about the sticking point, Vance said, "it's the definition of partnership and determining how we could potentially eventually merge our programs and co-brands. It was a little more of a challenge for them to think in that manner."