Workplace violence isn't uncommon at hospitals. But assaults on caregivers have reportedly increased over the last five years. 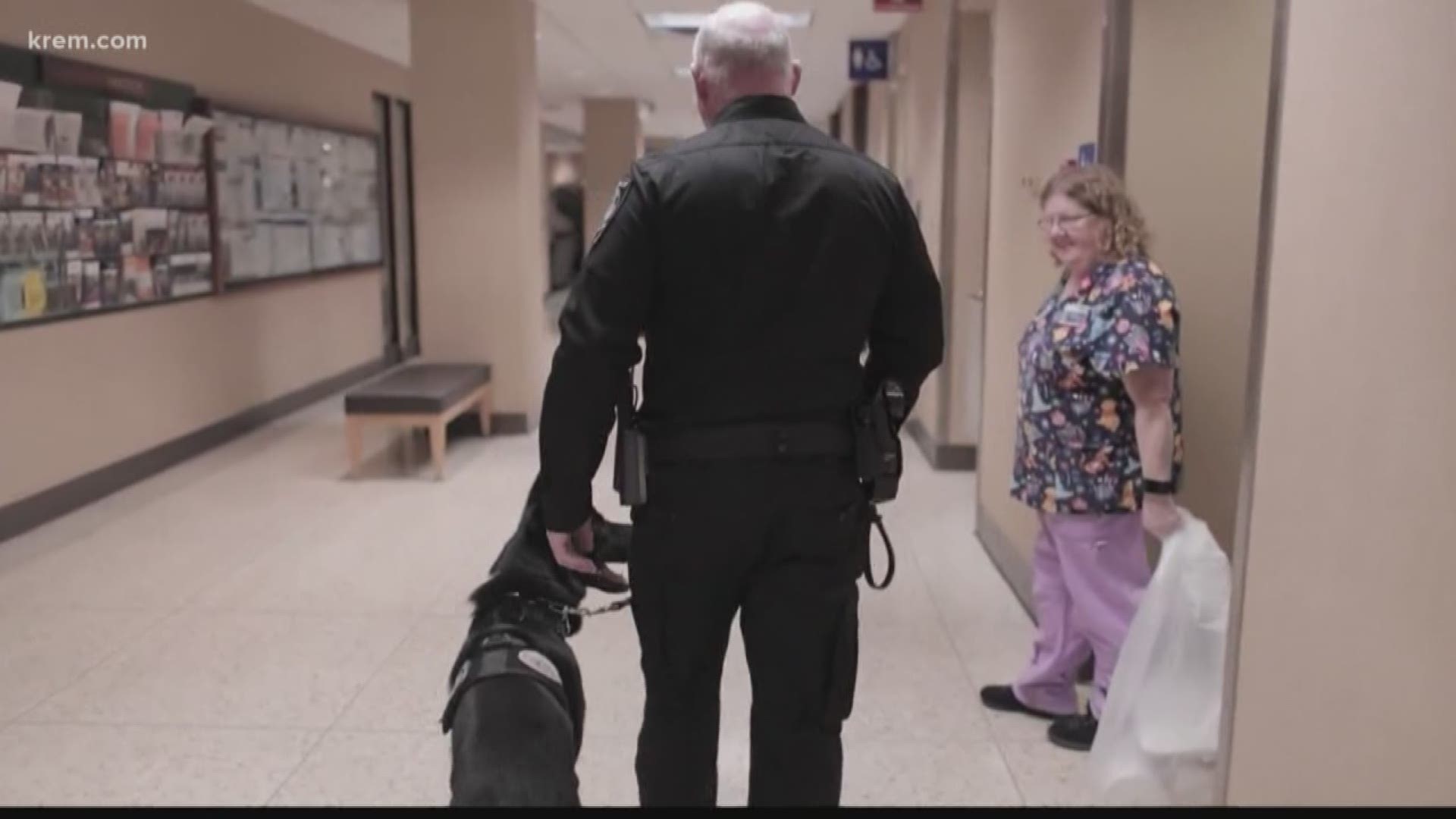 It's the first program of its kind in Washington State.

The first K9 in the program is Sarge. He's a 16 month old German Shepard from Czech Republic. Like any dog, he loves belly rubs and attention. But that's all put aside when it's time to work.

His handler, Officer Pat McKenna, brings more than 25 years of experience in law enforcement and K9 training to the program.  He recently retired as a patrol sergeant with the Idaho Falls Police Department.

"This is a great place," Officer McKenna said. "I want to say, first of all, I'm very impressed with the warm reception we've got since we've been here."

Workplace violence isn't uncommon at hospitals. But assaults on caregivers have reportedly increased over the last five years.

"Based on the escalation of the number of incidents, we decided to take the plunge along with other trauma centers across the country that have had great success with these kinds of programs," Providence Health Care Chief Operating Officer Peg Currie said.

Sarge is trained to protect caregivers and detect contraband on any of the Providence Health Care campuses.

In some cases, his presence alone can also help deescalate potentially violent incidents.

"He doesn't even have to bark or anything, and the unpredictability of the dog makes them calm down," Currie said.

Sarge's job is security and should always be considered "on duty." That said, visitors are allowed to pet him---but make sure to ask first.

An additional dog, Belgian Malinois, is still in training and will be brought on to the hospital's K9 program this spring.