White Homework: a Portland-based podcast about how to be anti-racist

The newly relaunched podcast is a conversational, lighthearted approach to teaching white people about racial disparities and restorative justice in America. 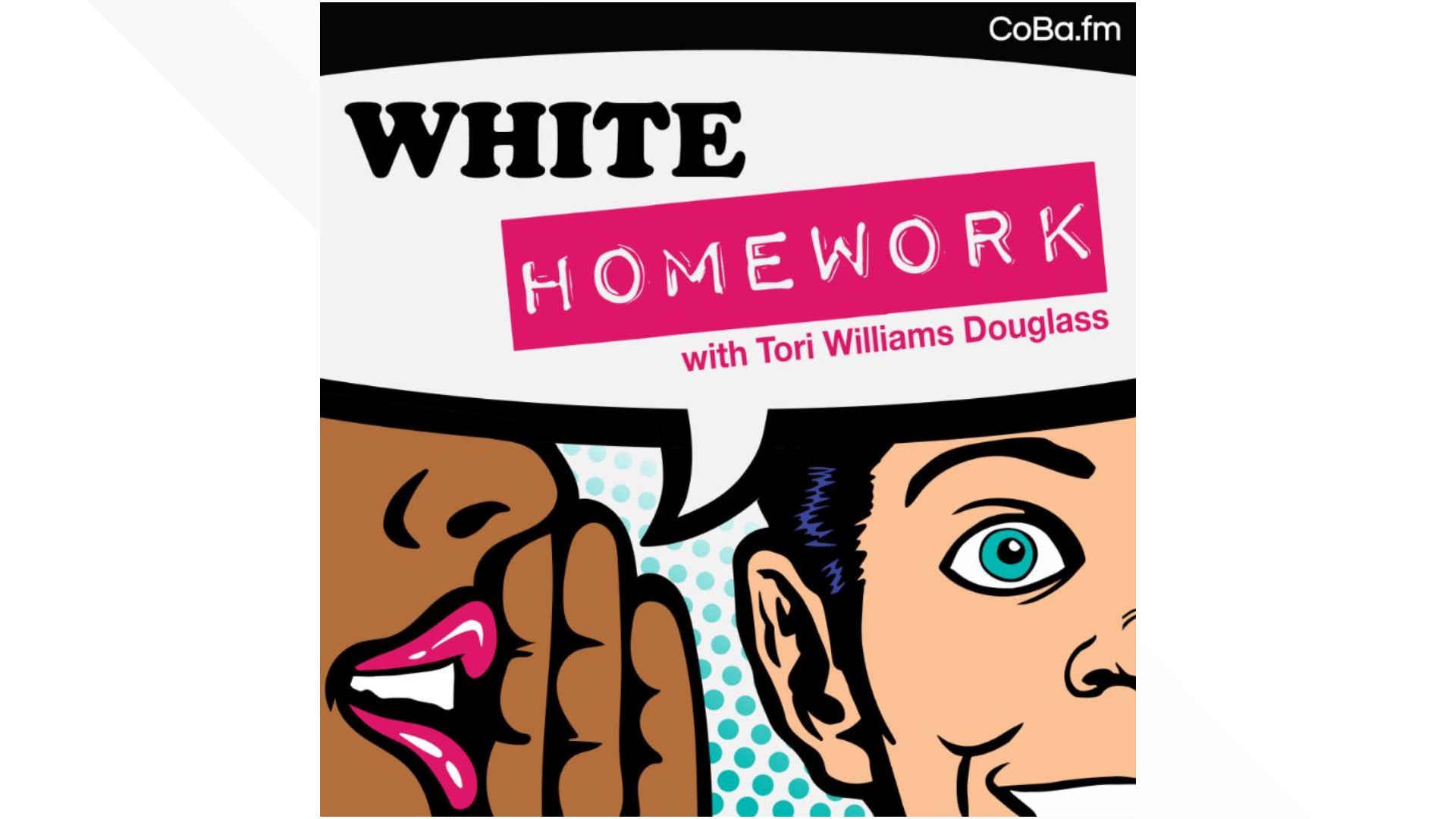 PORTLAND, Ore — Tori Williams Douglass is not new to talking about racism. As a black woman who grew up in Portland, she was aware of disparities between black and white people from a young age.

"Race seemed to be an influential force in access to the ladder of upward mobility," reads her bio on her website. "The people who were struggling mostly looked like my family. As a kid, that felt wrong."

Douglass is an anti-racist educator, writer, and content creator with a lot of natural curiosity.

"I love research. I am obsessed with research, I worked at a neuroscience lab," said Douglass. "I love, like, any data that I can get my hands on - like, I want it and I will memorize it."

So over the years, she has collected a lot of data about racial disparities and restorative justice, and now she's sharing it with any white people who will listen. Her podcast, White Homework, just relaunched on CoBa.fm, a new Portland-based podcast network focused on stories and community.

Although it has the word "homework" in the title, the podcast is not your typical homework (at least, it's not what my homework looked like in school) - there are no assignments, worksheets, or tests. As a listener, it feels less like being in a classroom, and more like eavesdropping on important and informative conversations, with some humor mixed in. The first few episodes released since the relaunch on June 3 are co-hosted with her sister, Alice Hamilton, a comedian.

"For racism, and, like, anti-racism work, it's [usually] all so serious," said Douglass. "And it needs to be addressed, but part of the reason I pulled my sister in for a bunch of the episodes is because she's a comedian. But we're also both black women who grew up in Portland, so we have a very kind of interesting, unique perspective, and being able to talk about it in more of a lighthearted way where people feel like they can just sit and listen to us and learn, be educated, but also, like, have a couple of laughs hopefully in the process."

The podcast is for anyone who is willing to listen, learn and ask questions, just like the host does on each episode.

"We have to ask why, and anyone that's willing to ask why is someone that I want to talk to," said Douglass. "So anyone who finds themselves in that position of just saying, 'ok, what is going on here, why are we seeing disparities in literally every area in the country?' And saying, 'maybe I can do something about that, like, in my community, in my neighborhood, at my workplace.' So it's pretty much for anybody who's willing to ask questions and be curious about race and racial disparities and restorative justice."

And while many white people are ready to be anti-racist and aware that changes need to be made to fix systemic racism, Douglass knows she can't reach everyone - and she's OK with that.

"What's really interesting about this is historically in the U.S. we know that it doesn't take - there is, like, a critical mass but it's actually quite low, in terms of getting change accomplished," said Douglass. "There are certain people that will not be convinced, regardless of the data, regardless of the way that we try to connect with them... And that is fine - we don't need them... We only need an organized few people to actually show up and do the work, and that can tip the scales towards justice."

And with White Homework, Douglass is working to tip the scales, one family at a time.

"When I was talking to the guys at [CoBa.fm]... I was like, 'hey, this is a thing I want to do, and I want to use it to pay rent for a family of color for a year.' So basically, like, that's what we decided to do when we launched the podcast - re-launched the podcast," said Douglass. "I grew up really poor, so I know the impact of, like, having a little bit of breathing room."

That rent money is being raised through the White Homework Patreon page, where people can join the "Pay The Rent Club" for $30 a month. Douglass is hoping she can raise enough money to pay rent for a second family soon.

That is Douglass' way of making a difference, and she wants listeners to know that they can make a difference too, in their own way.

"If you're interested you can actually make a difference, and I think that's something that kind of gets downplayed a little bit in society," said Douglass. "If we collectively come together to support people in our community, we can make a huge difference in the outcomes of multiple generations."

Douglass and her sister, Alice, joke on multiple episodes of White Homework that they've "solved racism today," but that's all it is - a joke. Douglass wants all white people to know that this is work we need to be doing for a long time.

"One of the things that's really important I keep trying to remind white people of, is, like, this is the long haul, it's a marathon, it's an ultra marathon, let's be honest," said Douglass. "I know that this is work that I will be doing for the rest of my life, and I'm fine with that, because I know at the end of the day, like my kids and their classmates, I'm creating a better world for them, so I don't care if I don't get to see the benefits, necessarily. Because I want them to be protected, loved, fulfilled, cherished and valued in society regardless of their socioeconomic background or their race or any other factors - ability or gender or sexual orientation... None of those things should predict your outcomes in this country."

A new episode of White Homework is released every Wednesday. You can listen wherever you listen to podcasts, or check out the White Homework website.

WATCH: White Homework: a Portland-based podcast about how to be anti-racist

RELATED: Salem event organizers calling for an end to white silence in order to make change

RELATED: Portland finally has its first park named after a black woman