What will it take to stop violent protests in Portland?

A retired assistant U.S. attorney offers his thoughts on the ongoing unrest including fires, vandalism and riots. 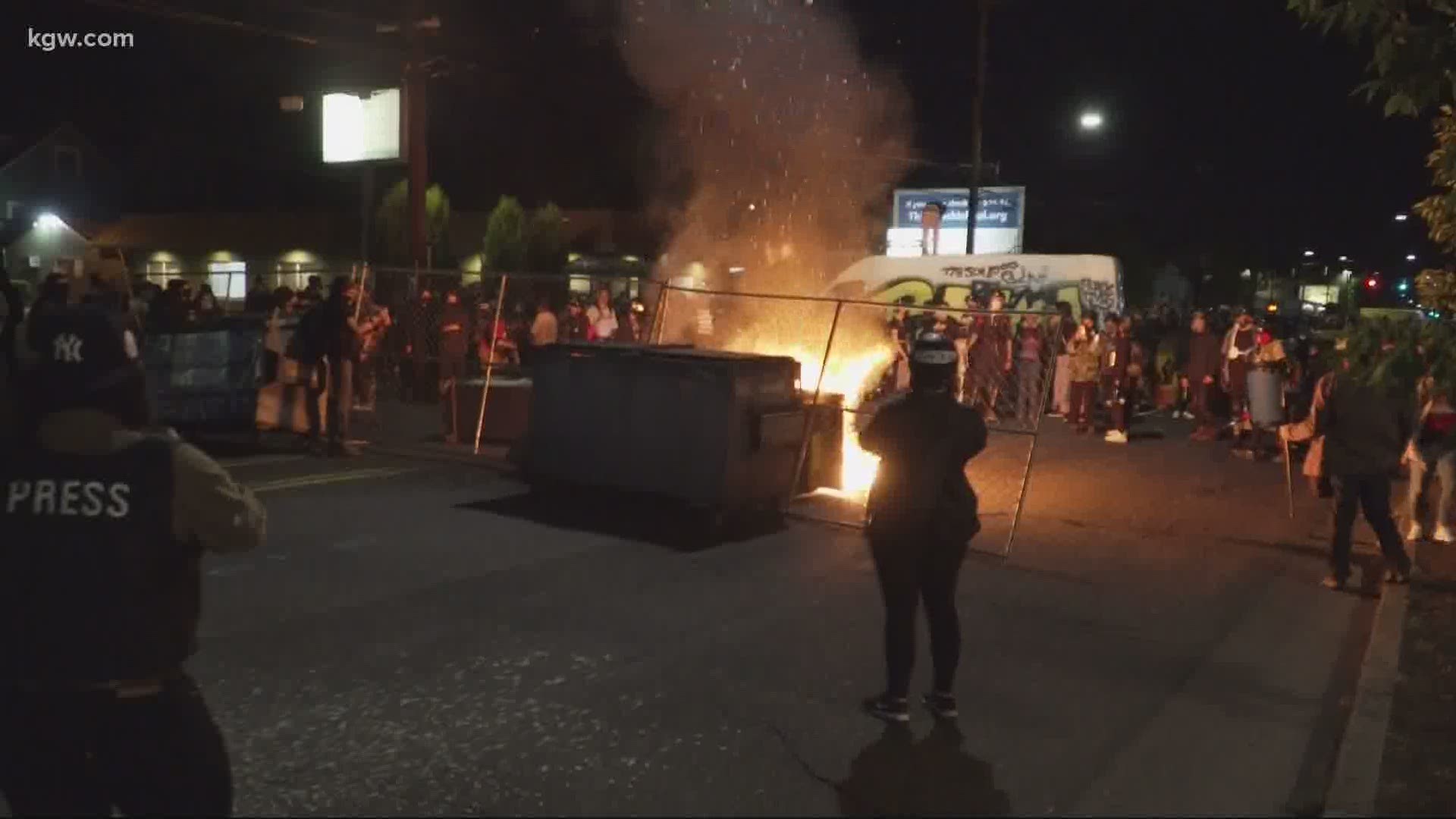 PORTLAND, Ore. — Retired assistant U.S. Attorney Stephen Peifer has a unique perspective on the violent protests in Portland. During his time as a federal prosecutor, Peifer handled domestic-terrorism cases and learned a lot about anarchists, eco-terrorists and violent extremists. Peifer recently spoke with KGW about the ongoing unrest in Portland.

The interview has been edited for length and clarity.

Are the violent protests, involving fires and vandalism, different than what we’ve seen before?

Oh, I think they’re definitely different. They’re much more violent and destructive. The type of weapons and other things being used are different than days past. You never saw the green lasers being used before, which are very dangerous. You never saw slingshots flinging ball bearings. You didn’t see commercial grade fireworks- some, maybe… but those are all very common and very dangerous.

As someone who spent years as a federal prosecutor, do you think police and prosecutors are handling this unrest correctly?

I think the U.S. Attorney’s Office is handling it correctly under Billy Williams’ leadership but the district attorney now has written off a whole laundry list of crimes that he says won’t be prosecuted and it is basically like throwing in the towel to these people. When you basically kiss off 400 cases as he did, that sends a message that you’re not serious about prosecuting. You should be able to prosecute as many crimes as you can prove and once you decide not to do that, then you’ve basically told the organizers of this activity they can have carte blanche.

The arrests that we have seen so far; do they paint an accurate picture of who’s behind the violence, the fires, the criminal behavior?

The anarchist organization antifa, and the wannabes that go along with it, they’re very loosely organized but very well-trained and they know how to avoid arrest. The ones who get arrested tend to be the very young ones, the 18-year-olds and even younger. They’re the ones cutting their teeth so to speak and get caught up with it and get themselves arrested. There will be more arrests, I think, as more and more information is gleaned on who is operating and how they’re operating. There are ongoing investigations. The FBI has already said they have ongoing investigations of a number of federal crimes, including crossing state lines to commit crimes, and that may very well pan out in the future.

What’s it going to take to stop the violence?

Well, it is going to take very strong and effective law enforcement at all levels. And it should be coordinated. The state and federal and city people should all be talking to each other -- coordinating their response. Instead, you have a situation where that’s not happening and it handicaps law enforcement. At the prosecution level, they should pick their cases carefully. Make sure they are provable because you don’t want to bring any charges that will be thrown out unnecessarily. Orchestrate a concentrated effort to go after as many people as you can because deterrence is the only answer here, when it comes to the violence. I’m not talking about deterrence of ordinary street demonstrations and the First Amendment, that’s a different, totally different, subject. But we learned in prosecuting the Earth Liberation Front and the Animal Liberation Front, in what was known as Operation Backfire, which sort of came to a head in 2005, we learned in that case that once the heat is on, people begin to talk. They begin to give you more and more information about the organization.